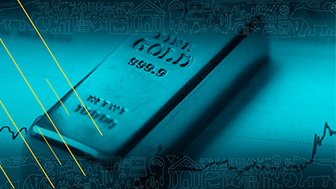 So what's behind the run, and is there still a…

AK: The last week has been crazy in the stock market, with Monday being the biggest down day of the year. China's devaluation of the yuan against the dollar seems to be the catalyst. Not only did it drive markets into a frenzy, but it caused the Trump administration to label China as a currency manipulator. So, are they right about that? And why is China's currency so important to the global market? Well, we're going to dive into all of that on this week's episode of Real Visions The One Thing.

What's going on, investors? AK here. So last week, China's authorities allowed the yuan to weaken to under seven versus the US dollar, which is the lowest level since 2008. And here in Real Vision, we've actually been watching out for this to happen. A few weeks ago, Russell Clark warned that a yuan devaluation could be the Black Swan that hits global markets.

RUSSELL CLARK: And so yeah, I would look to see, at some point China says, well, look, if you're changing the trade rules, we're going to change the currency rules.

AK: And that's exactly what they did. Trump changed the trade rules with more tariffs and rhetorical bluster. And then China changed the currency rules. But what does changing currency rules actually mean? Clark explains it in this clip.

RUSSELL CLARK: One day, we all go home on Friday and over the weekend, the Chinese go, all right, that's it, we're going to rip the band aid off, and we come in and the renminbi is at nine. And equities, then open up down $15 in a gap. And then of course, in vol, something that goes four years or something like that. A problem then is that this huge amount of derivatives suddenly get knocked in. And they're looking for liquidity.

AK: Well, that's pretty much what happened. It wasn't nine but China let it float around seven. In an earlier interview, Kyle Bass called for a devaluation also.

RAOUL PAL: But then what I'm trying to think of this, does this increase the probability now that seven goes in the RMB and it starts trading eight, eight and a half, nine, because there is no conclusion. So the US has to play hardball. And global growth and Chinese exports are going to suffer?

KYLE BASS: This will not be determined by our government or theirs. Again, if all the training wheels came off the bikes, we'd already be at eight or nine on the RMB. What you're asking is will a trade impasse accelerate the move?

AK: So, what's the point of devaluation from China's perspective? Well, because their economy is relying on exports, a cheaper currency makes their products cheaper. That way, it's easier for their foreign consumers to buy those products. So it makes sense. Trump raised tariffs to increase the price on those products, and then the Chinese devalue their currency to decrease the price again. This probably does sound like currency manipulation, hence the US Treasury Department's move.

But here's the irony here, China got that label by doing the exact opposite type of manipulation that most people have been blaming them for doing for years. As Kyle Bass argued on Twitter, the Chinese stop propping up the currency will be valued more than 40%. It's funny that Trump doesn't understand that the Chinese act to prop it up to find up, down, sideways, we understand what we mean by manipulation. But why does it matter for macro?

RAOUL PAL: What I've noticed is the decline in the value of the RMB pretty much offsets the tariffs. So if they were to increase the tariffs by 25%, to me, it's got eight written all over it. It's just another way that I look at it, I just think that they offset it as fast as they can. Now, what's weird is the RMB is a currency basket, essentially. But it seems the knock on effect to the lack of trade is the Euro falls, the Aussie falls, all of these things fall. So, it's highly correlated, as we know. So I guess that's for me, I'm just sensing that- and I know don't really bonds go necessarily to a catalyst point, but I'm feeling like there's a catalyst point racing towards this, which is a deadline is not going to mean anything. It's got to be a half answer, because nobody can actually create an answer. It's impossible to get an answer done.

We've got- you said, okay, peak fiscal stimulus, February 23rd. Well then, by the time you get to March and April and May, what we've got is fading. I think the US economy is slightly weaker than that anyway, we're seeing the global economy fading. We're seeing the bond market telling us something. So to me, it's like, okay, we're rushing towards something. And the capital numbers look like it's money leaving China right now. And that there is something going on.

AK: So again, it seems like a lot of what Raoul and Kyle predicted has come to pass and the recession narrative has only grown louder because of the escalation between the US and China. In a shorter term, the devaluation is bad for exporters and really anyone who fears an escalation in the trade war. If China is willing to let their currency devalue past their historical benchmarks simply to signal to Trump that they aren't afraid to flex their currency muscles to win, then it really doesn't look like that trade deal is coming anytime soon.

If you want to be able to track the next move in this ongoing battle or you just want to stay ahead of stories like this Chinese devaluation, then stick with Real Vision. I'll talk to you next week.