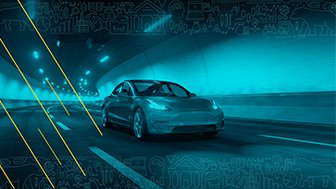 Noise aside, the narrative and debate around Elon Musk and…

They're supposed to be the most boring investment in the world. So why are U.S. Treasurys suddenly garnering so much attention? AK tries to figure out why so many are now so fond of bonds.

AK: On this show, we've talked a lot about trade wars, monetary policy and their effect on markets, especially the bond markets. If you've been paying attention to the financial news, then of course, you've been bombarded by bond market coverage. You might have seen that our boy Stan Druckenmiller said in an interview with the Economic Club of New York that he went from 93% invested to net flat and bought a bunch of Treasury after reading one of Trumps infamous trade wars tweets. Well, he isn't alone in that opinion. Today, we're going to explain why everybody is talking about Treasuries. And it's all going down on this week's episode of Real Vision's The One Thing

What's going on, investors? AK here. So, Druck bought Treasuries for protection. In his own words, he's not trying to make money. He's just not trying to play the game. Buying Treasuries for their safety seems to be a fear driven action, but the emotions of fear and greed are curious partners in crime, and some traders are looking at Treasury through a greedier prism.

Raoul Pal, the CEO of Real Vision, recently wrote a report for the Macro Insiders called Buy Bonds, Buy Dollars, Wear Diamonds, where he adds conviction to his bond position. Raoul Pal explain that guys like Druckenmiller and Soros make a majority of their wealth during the down part of the business cycle. That's when people don't want to own bonds, but they need to own bonds. Dr. Komal Sri-Kumar sat down with Real Vision and expressed similar thoughts. He argued that slowing growth in the trade wars would push the market into US Treasuries, which would bring yields down. He discussed the relationships between bond yields and bond prices and talk about where he thinks Treasuries will go.

KOMAL SRI-KUMAR: Namely, trade wars are going to be good for US Treasuries, and then low inflation is going to be very good for it as well. And the expectation of low economic growth is also a positive. Think about what a nominal bond yield is. It is a summation of your expectations on inflation and what you think is going to happen to growth. If real growth is going to be very high, you will be prepared to pay a very high interest rate, and I will demand a high interest rate to lend to you. And that is not only with respect to the private sector individuals, but with the US Treasury as well.

And I took the position that despite the Trump tax cuts around Christmas of 2017, yes, you will have a few quarters of growth pickup. But that's a sugar high. Just because you have a sugar high and your energy level goes up, that doesn't mean you'll become an individual with permanently high energy for the rest of your life. Similarly, here, I thought it would happen to two or three quarters and then fall off. Sure enough, that seems to be happening right now.

AK: So, the sugar high is wearing off. If you look at the chart of the US 10-Year Treasuries, Kumar has been spot on. Normally, coming off a tax break would push Treasury prices lower and yields higher. Because of the increase in fiscal deficits, tightening monetary policies and worries about global growth. Despite that, as a wise man once said in the land of the blind, the one-eyed man is king. And in the context of the rest of the world's weakness compared to the US, 2% return looks pretty good.

In Germany, you actually have to pay the government to hold the German bond. That's why US Treasuries are still king despite an increase in supply and deteriorating economic condition. Dr. Kumar discussed this further.

KOMAL SRI-KUMAR: Yes, the US fiscal deficit has increased. And that is not a good thing. And therefore, they have to issue more Treasuries. But look what the market is saying. Despite that, the yield is going down. And the reason for that is that there is an immense amount of global demand that is coming from different sources.

Even the threat that the Chinese may sell some of their Treasuries as a retaliatory measure in the trade war has not caused the yields to go up. So, the private German, the private French person and the private Asian investor is going to say I'm going to seek refuge in US Treasuries. So, it basically, it looks like a bulletproof situation for US Treasuries right now.

AK: Despite of supply increase, there's still safety in US Treasuries compared to the rest of the world. Mark Newton came on Real Vision last week to give a trade idea with a less binary view on bonds. Experienced traders like Newton can sometimes spot the bottom or even catch a falling knife on its way down. Newton broke down his forecast for US Treasuries.

MARK NEWTON: It's really right near 2% is going to be very key, not only psychologically, but also it lines up with a few other technical factors. So, I would really be a seller of Treasuries into that 2.01 to 2.06 yield area thinking that yields stop there and turn back higher. If we get under 2%, then you would obviously, stop that out.

JUSTINE UNDERHILL: How high do you see yields going?

MARK NEWTON: Well, I think probably, initially, we can move up at least 20 or 30 basis points from there. So, it's not a big move, a lot needs to be done. We need to get up over 2.40 to have conviction that yields can start to trend higher. So, for me right now, it's about trying to really buy a dip in yield or in this case, sell Treasuries as yields get that low. Over 2.40, you can make a more meaningful case for a larger yield rally. That would be a breakout of the entire downtrend. Very similar to what I was speaking of in the S&P, getting up over 2800 structurally would be important.

JUSTINE UNDERHILL: And would this be in the same September timeframe?

MARK NEWTON: I do believe that's possible, just because they've trended very similar. Yeah, so if we can start to see yields make a stand. Right now, I have a little bit more conviction that equities are closer than Treasury yields, but it's unlikely that we're going to see one take off and see the other just sit there just given the degree that they have all moved lower together.

AK: So, first off, those were all trade ideas, not investment advice, so take it all with a grain of salt. The true value in those clips is seeing how professionals build their trading and investing process to reach their own conclusions. They should give you an idea about how the market at large is thinking about Treasuries and how the pros are positioning themselves to profit. So, when legends like Druck join the party and they agree with pros like Pal, Kumar, and Newton, then it's time to pay attention whether you agree with their thesis or not. If you want to help building or refining your process so you could identify profit opportunities like this, then make sure you subscribe to Real Vision. I'll talk to you next week.