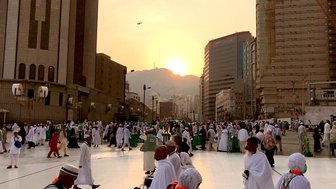 Abdulhadi Shahadah is the head of asset management of GIB…

As soon as President Trump was elected, the first thing that would happen in Asia, according to Paul Krake, was that North Korea would play up. That prediction was spot on and Paul presents his take on the current situation on the Peninsula, with the perspective that investors need to know, along with some nuances around how China, Japan and the other players in this delicate situation might respond. Filmed on October 23, 2017, in London.