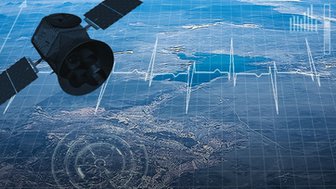 James Crawford, Founder and CEO of Orbital Insight, takes us…

Pradeep Pattem had a front row seat of the investment banking crisis in Europe, working at Deutsche Bank and running the structured desk at RBS. With up to three trillion dollars of non performing loans corroding the EU banking system, Pradeep’s Park Street Advisors is at the forefront of efforts to extract and restore value while the banking sector adjusts to a new model. Filmed on February 1, 2017 in London.