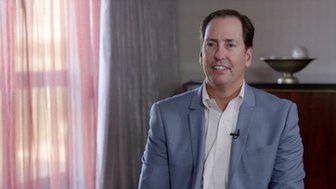 With the start of a New Year being an opportune…

Author and independent analyst on China, Fraser Howie has spent 25 years working in the financial sector in Asia, examining how financial markets work and how the Chinese government approaches imbalances in the system. Fraser sees the future risks for China skewed to the political side, rather than economics, with an eye on Trump’s rhetoric and discusses the real meaning of reform for the Communist Party government. Filmed on December 28, 2016 in Singapore