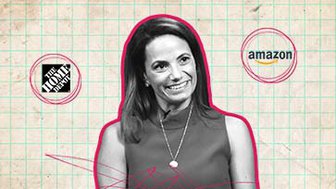 Buying the Breakout in Consumer Discretionary

Tom Bruni, CMT, of All Star Charts returns to Real Vision to highlight the remarkable chart of AGCO, which is finally breaking through key resistance after five failed attempts. Bruni explains why he sees significant upside from current levels, and breaks down the key components of the trade, in this interview with Jake Merl. Filmed on July 16, 2019.

JAKE MERL: Welcome to Trade Ideas. I'm Jake Merl, sitting down with Tom Bruni of All Star Charts. Tom, great to have you back on the show.

TOM BRUNI: Thanks for having me, Jake.

JAKE MERL: So, today, we're not going to be talking about just any chart, this is a special chart, this stock has actually hit resistance five times or so over the past year. And we're looking to get your thoughts if you think it's finally going to break out. What's the stock? What's the chart? What are you looking at, Tom?

TOM BRUNI: Yeah, we're seeing AGCO, ticker symbol AGCO, breaking out above $75. Like you said, it's been bumping up against that level for about the past year and a half, like the broader market hasn't gone anywhere. And now, it's finally exceeding that level. And I think it heads a lot higher.

JAKE MERL: And so, how did you come up with this stock to begin with? How did you first come across this name?

TOM BRUNI: Yeah. Last week, I was here talking about mid- cap industrials. We talked about Herman Miller. So, AGCO was in the same space, it's a mix between an industrial and a base material stock. It's actually within the agribusiness subsector, which I'll get to. But yeah, I was just scanning through that area looking for areas of strength and I saw this come up and on the new highs list. And I was like, all right, there we go.

JAKE MERL: And why do you think now, it's finally going to break out rather than the past five times when it didn't?

TOM BRUNI: We're already above that level. I think it hit $77.50, $78 over the last few days. And now, it's consolidating. So, the market is showing us that the supply that was at that $75 level is now, exhausted, and buyers are stepping in where they need to.

JAKE MERL: So, in terms of supply, and when you say horizontal resistance, what exactly do you mean by that?

TOM BRUNI: Yeah. So, horizontal resistance is a lot easier to understand than a trendline, per se, or other forms of support and resistance, because you can see it, it's very clear. So, every time the stock got up to that $75 level, sellers stepped in, and they push the stock price lower. So, there wasn't another buyers to absorb all of the supply that was coming on the market at that level. And so, prices had to go lower. If sellers wanted to get out of the stock, they had to accept the lower price because the buyers weren't there.

And so, we've seen that happen four or five times. And now, the fifth time, we're finally seeing buyers exceed the amount of sellers and take the stock higher. So, that might sound strange to some people because if there's a transaction on the exchange, there has to be a buyer and seller for every transaction, but there's not a buyer and seller, the same amount of buyers and sellers at every level. So, if the stock's at $75, and there are 500,000 people that want to buy it, but there's only 300,000 shares available, they have to move the price up to find that supply. So, there's not the same amount of sellers as buyers at every level. And that's what we see the battle between the two to figure out which way the trend is going and who has control.

JAKE MERL: In addition to that horizontal resistance, are there any other technicals you're watching that's confirming your thesis?

TOM BRUNI: Yeah. So, on an absolute basis, I think it's interesting, momentum is getting overbought, that's a good signal. We're seeing prices consolidate above that level, they're not breaking back below it and confirming a fail breakout. And then additionally, if you zoom out, the chart of AGCO is actually breaking out of a decade-long base. It's just now getting above its 2007 highs. So, it's basically done nothing for 12 years. And this looks like a structural breakout that's ready to take the stock higher over the long term, which is why I think, we need to be paying attention.

JAKE MERL: And how much higher do you see it going?

TOM BRUNI: Well, the chart I brought is more of a short- term trade. We're just using the base from the last 18 months to create our measured move and our target, which I believe is at $91. But over the long term, this is a massive base, there's a saying called the bigger the base, the higher in space. So, the longer a stock consolidates, the more pent up energy that builds over time, the more powerful the move out of it. So, for the short- term target, we'll stick with $91. And we'll reevaluate at that point. But I think over the long term, as long as we're above that 2007 highs, I think the bias needs to be higher.

JAKE MERL: So, you said this was a short-term trade with the price target of $91, over what time rising do you expect this to play out?

TOM BRUNI: Yeah, so I think 6 to 12 months is not exactly too short-term. But when you're talking about a decade-long base breaking out, you can see this move happen for many years to come. But we'll take it one step at a time. We'll see if it gets to $91. And then we'll reevaluate.

JAKE MERL: So, Tom, we've been focusing a lot on this specific stock. But if you zoom out, what are you looking at from a broader perspective?

TOM BRUNI: Yeah. So, equities in general, if we look at something like the S&P Global 100, as a benchmark for equities around the globe, it's breaking out to new all-time highs, it's getting through the resistance level from the last 18 months or so. If you look at interest rates, last week, I discussed some of the divergences we're seeing that suggested a bounce in interest rates around the globe are- is in the cards and we're starting to see that unfold. And the 10-Year is back above 2.04, which is the closing low from September 2017. So, we have a bullish momentum divergence there, a fail breakdown that's now confirmed. And so, we think that's a catalyst to take rates higher over the next few months.

The structural trend is still lower. But we think that tactically, we can be short bonds here. And so, if money's flowing out of bonds, equities are hitting new all-time highs, I think it makes sense that money is going to flow from fixed income into equities and support this rally. If you're looking at the industry group, so it is part of the basic material sector. We're looking at the XLB. It is breaking the downtrend line from the 2018 highs and I think it's setting up for a retest of those 2018 highs so that will be a tailwind for the stock.

And the final chart I think that's worth noting is within basic materials, agribusiness has been a leader for quite some time. It's a long-term bottom. It's been basing for the last 6 or 7 years. And it's finally trending higher. So, to me, that signals that agribusiness is the area we want to be within materials. And within agribusiness, AGCO is one of the strongest name. So, I think it makes sense. You have a lot of tailwinds for the stock. And your risk is very well-defined, which is what I look for.

JAKE MERL: So, the setup for the stock looks really good right now. But just in case things don't go your way, what would you say is the biggest risk? And also, where would you put your stop loss?

TOM BRUNI: Sure. So, let's start with the stop, I put a stop wherever the thesis is invalidated. So, that would be under $75. Some people might use closing stops, some people might use a timed stop, or has it closed below that level for two days before, it needs to- before you take the exit, for me, I'm not managing billions of dollars, so I have the flexibility of getting out and then quickly getting back in if it starts working. So, if it breaks below $75 on a closing basis, I'll take the trade off, if it gets back above $75 and starts working again, I'm happy to put it back on.

In terms of the risk to the trade, like I said, there are a lot of things going for it from an asset class, from a sector, from an industry perspective. But at the end of the day, it's going to have beta from the broader market. So, if this is a fail breakout in the broader market and equities do pullback, you'll probably see AGCO succumb to that selling pressure. And because our stop is so tight, we're giving it about 3% from current levels, you'll probably get stopped out and then have to get back in if it begins working. With that said, I do like it longer term. So, if you want to do something like reduce your position size and use a wider stop, that's certainly an option for me. I'd much rather take the loss and get back in if it starts working.

JAKE MERL: Well, Tom, that was great. We'll see how it plays out in the months to come. Thanks so much for joining us.

JAKE MERL: So, Tom is bullish on AGCO, ticker symbol AGCO. Specifically, he likes buying it at current levels with the stop loss at $75 and a target price of $91 over the next 6 to 12 months. That was Tom Bruni of All Star Charts and for Real Vision, I'm Jake Merl.