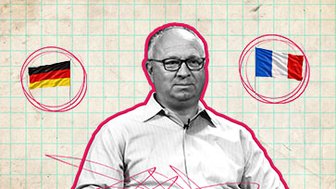 Guy Cerundolo, CMT, of Cerundolo Investment Research, analyzes the impressive uptrend in Brazil's stock market and pinpoints two particular stocks to play the thesis: Itau Unibanco and Banco Bradesco. He breaks down the signals from his capital-flow model, and highlights specific levels that traders should pay attention to, in this interview with Justine Underhill. Filmed on July 10, 2019.

JUSTINE UNDERHILL: Welcome to Real Vision's Trade Ideas. Today we're sitting down with Guy Cerundolo of Cerundolo Investment Research. It is great to have you back.

GUY CERUNDOLO: Great to be back. Thank you.

JUSTINE UNDERHILL: So, could you take us through what it is you're looking at right now in the markets?

GUY CERUNDOLO: So the thing that's really intriguing with Brazil is that about a year ago, it emerged from a multi-multi-year base, a 10-year base, to be exact. It had a nice rally of further pullback in a test, which held nicely. And since then, it's just been in a strong uptrend, great momentum. And the thing that caught my eye is that there's a USETF, the EWZ that had set up beautifully on my work last month, which I put a note out to my clients and I gave a few stock ideas to play the Brazil theme on the long side.

JUSTINE UNDERHILL: Now, a lot of your research is based on a proprietary model that you have. Could you walk us through the model, the money flow units, as well as how you actually go about measuring supply and demand there?

GUY CERUNDOLO: Sure. So what I will say is we look at-- what I do is I look at long-term trends of an asset. So in the case of, let's say, even the EWZ. It had a big decline of 2009 low, almost a 10-year decline. And then what I look for is important inflection points to see if there's a downside to target that's been achieved based on the money flow unit work. And then if there is demand coming in to that asset. In the case of, let's say EWZ, after so much time, what happens is this way of measuring the demand buildup. And it's based on a little bit of time but more so price action. And then there's a little bit of math involved, but the base pattern itself helps the project upside targets.

So it's based on long-term patterns and then superimpose what the short term is doing after the-- in the case of EWZ, the troughing period is unfolding.

JUSTINE UNDERHILL: OK. So could you break down where we are right now with Brazil, so whether it be the money flow units, as well as what sort of cycle, bullish cycle or bearish cycle you see this in?

GUY CERUNDOLO: Exactly. So, first, from a simplistic point of view, even that one-eyed technician with the crooked ruler can see that the IBOVESPA has a phenomenal long-term base and a great trend coming out of it. So the thing that caught my eye in terms of a couple of ways to play it was the EWZ. That broke almost a 10-year downtrend. It had a bullish money flow base that was formed. And what triggered it, just to confirm, was the break of the downtrend, which happened last month. That's when I sent my note out.

And then what I do as well is-- I do this for clients and I've done it for the portfolios that we ran at Wellington, long and long-short-- I put an index in a model that I put together a number of years back. It's a multi-factor model where the most important inputs are the relative performance of that stock to its benchmark. So I look at price trend, price momentum, relative trend, relative momentum, and a bunch of other factors.

So in the case of the EWZ, which is made up of 55 stocks, I put that-- all the components in a model, and then rank them, and of the top 10 names, 70% have buy ratings on them that are very favorable.

And in the case of how to play it with Brazil, not only the EWZ, which helps an investor not incur a stock-specific risk, for someone that wanted to play a couple of individual equities, which look very good in my work. Itau and Banco Bradesco BBD.

JUSTINE UNDERHILL: Now, going back to the EWZ, could you give us some of the levels that you're looking at as well as potential timing?

GUY CERUNDOLO: Sure. As I said before, the timing in many cases is a little bit difficult to ascertain, but in the case of EWZ, the first target is at $54, which is 18% from here. And then there's a longer term target, which is an MFU-3 at $66, which is around 47%.

So that gives it six months, eight months-- it's hard to say, but the point is this is an important inflection of the long term trend. The internals of the EWZ where the majority of the components are very, very good, in terms of momentum and price and price trend and relative performance. So I think it's got to be sustainable, that we're going to see a really good upside.

JUSTINE UNDERHILL: Would you put a stop-loss on this?

JUSTINE UNDERHILL: And in terms of some of the specific stocks that you're looking at, what levels are you considering there?

GUY CERUNDOLO: So in the case of Itau, the first target is $10.50, which is about 9% from here. That's the short term target. And the longer term target is $12, which is 23%. And the thing that all I'll say about both stocks, that is Itau and Banco Bradesco, is that each stock had-- I used regression trend channels that helped define short to intermediate term trends, and I have alerts when these channels are broken. So both stocks had broken their short-term regression trend channels on the upside.

So we had that in place, we had the stocks were starting to trade above their 50 and 200 day moving averages. They started to-- they were upward sloping, which is bullish in terms of the finding trend. That goes into the model as well.

And then the majority of my clients are benchmarked against the All Country World Index, the ACWI, and the relative performance of the EWZ is positive, and of these two stocks is really good.

JUSTINE UNDERHILL: And so then would you consider putting a stop-loss on these stocks as well?

GUY CERUNDOLO: For sure. I mean, what would change the long-term picture, I would have to say, using a 200 day on both stocks as a stop would be sufficient.

JUSTINE UNDERHILL: And then in terms of upside target on BBD, what are you looking at?

JUSTINE UNDERHILL: Now, some of the charts you were looking at were log scale. Could you explain why that's important in this case?

JUSTINE UNDERHILL: Now in terms of risks, I know you're looking specifically at the technicals and not necessarily, say, the political environment of Brazil. Does that factor in at all here, or you're just ignoring that?

GUY CERUNDOLO: It doesn't come into the mix, because you know, with the money flow work, you try to measure flow. You're trying to measure where money is treated right. And if the trend is up, if more of the components of that index are looking good, you know that there is appetite to be involved there. So as it stands now, it looks bullish on its own merit of price action.

JUSTINE UNDERHILL: And then in terms of risks, is there a percentage term that you can give to us that this will likely work out or not work out based on your experience?

GUY CERUNDOLO: I think given what I'm seeing on the overall IBOVESPA, the setup in EWZ, but also the components. I mean, there is some retailers and there are a couple of other financials that are looking really good. I think there's enough of the internal bottom-up analyses showing that this should be sustainable. I think the odds of a sustainable bigger move, I would have to put it north of 70%.

JUSTINE UNDERHILL: Can you break down all three of these trades in 30 seconds?

GUY CERUNDOLO: Yep. So given the backdrop of a bullish IBOVESPA emerging from a 10-year base, I think investors that want to get involved could either play a not stock-specific risk of buying the basket, and that's the EWZ. But then two of my top favorite names within the EWZ and are large components of the EWZ would be Itau and Banco Bradesco.

JUSTINE UNDERHILL: Great guide. Thank you so much for joining us today.

JUSTINE UNDERHILL: So Guy is bullish on Brazil. Specifically, he likes buying the iShares MSCI Brazil ETF at current levels with an initial target at $54, and a secondary target at $66. His stop-loss for the trade is $38.

Guy is also interested in a few specific stocks within the ETF. Specifically he suggests buying ticker symbol ITUB at current levels. His initial target price is $10.50 with a secondary target of $12, and a stop-loss at the 200 day moving average.

He also suggests buying ticker symbol BBD at current levels with an initial target price of $11.75 and a secondary target of $14. His stop-loss for the trade would also be at the 200 day moving average.

Just remember, this is a trade idea and not investment advice. You should do your own research, consider your risk tolerance, and invest accordingly. For Real Vision, I'm Justine Underhill.