Finding Strength in A Sideways Market 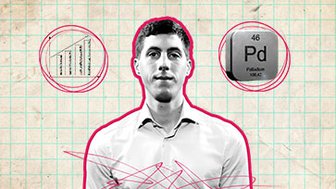 Finding Strength in A Sideways Market

Tom Bruni of All Star Charts examines the current setup in the stock market and points out why sideways price action makes it more difficult to find opportunities. He highlights the relative strength in the insurance industry, discusses important technical indicators to keep an eye on, and identifies a particular pairs trade, in this interview with Justine Underhill. Filmed on May 16, 2019.

JUSTINE UNDERHILL: Welcome to Real Vision's Trade Ideas. Today, we're sitting down with Tom Bruni of allstarcharts.com. Great to have you back.

TOM BRUNI: Thanks, Justine. It's good to be here.

JUSTINE UNDERHILL: So, there's been a lot of market volatility since you were last here. What's your outlook on equities?

TOM BRUNI: Yeah, sure. So, I'm a top-down technician. So, I start with the asset classes and then I drill down into each one, depending on what our bias is. So, I think it's important how the context of where we've come from. So, I was here in late March, I was talking about equities rallying off the December lows pretty aggressively, but then we started to see some mixed signals and some of the risk on indicators, we're seeing consumer staples versus discretionary. We're seeing momentum divergences, breath divergences, meaning less stocks participating to the upside.

But the problem was, we weren't seeing any price confirmation. So, those signals are all supplemental indicators. You can't act on them until price actually confirms them. And so, we're stuck between a rock and a hard place, equities had rallied so much, it was difficult to put on new long positions. And then it wasn't easy to get short either because your risk wasn't well-defined. And the divergences I'm talking about weren't confirmed by price yet. And so, the trade I outlined last time was a market neutral trade, we're essentially betting on US equities outperforming Japanese equities.

And so, the current environment is not much different. We've grinded higher for the last few months. But with the selloff from the last few weeks, we're essentially back to where we started. JUSTINE

UNDERHILL: So, what technical indicators are you looking at at the market right now? And what are those telling you?

TOM BRUNI: I think it's best in this environment to take a step back and keep it simple. So, what I'm looking at is the number of stocks, major indexes around the globe that are above their 2018 highs. As technicians, we're trying to capitalize on trends. So, an uptrend is a series of higher highs and higher lows. And so, if you're seeing the majority of markets, like we are now, below their 2018 highs, by definition, they can't be in an uptrend. At best, we're sideways. And so, we're continuing to see a sideways mess without much direction overall.

And so, if you boil it down to something as simple as the All Country World Index, if you look at that ETF, it's bumped up against the $75 level four or five times and just recently failed there again. So, until we're back above those highs, that's telling us that the majority of markets around the world are stuck below those former highs, and we are not in an uptrend.

JUSTINE UNDERHILL: Are there other indicators that you're also looking at? RSI, other momentum indicators?

TOM BRUNI: Yeah, I am monitoring some of those. But I like to keep it simple. If you just look at the Dow 30 on the index level, we bumped up against the 2018 highs again a few weeks ago and failed. And then if you look at the individual components, you're not seeing a lot of them in uptrends, right? And so, we start to see more of those names start to break out to the upside above their 2018 highs, I think we're stuck in a sideways range.

And in terms of momentum, we had a bearish momentum divergence that I mentioned earlier on the Dow and other major indexes. It was finally confirmed by price a week or two ago. And that's why we're seeing this drawdown and momentum actually got oversold on this most recent correction. So, now it's in a bearish regime. Sellers are becoming more aggressive on the downside. And so, I think that's something to be concerned about.

JUSTINE UNDERHILL: Could you break down a little bit what you mean by bearish momentum divergence? Like what that looks like?

TOM BRUNI: Yeah, sure. So, it's actually really simple. If you look at the 14-day RSI, essentially what we're measuring is the aggressiveness of buyers and sellers. So, when prices are making higher highs, we want to see RSI also make higher highs. So, a bearish divergence is when price makes a new high, and momentum makes a lower high. And that bearish divergence is confirmed once price gets back below the first high, that signals both a failed breakout in price and a confirmation that buyers were less aggressive at that level. And now sellers are taking control.

JUSTINE UNDERHILL: So, in this market that's somewhat flat, what sectors are you most interested in here?

TOM BRUNI: So, when I don't have a directional bias on the major indexes or equities in general, I think we go back to the old playbook and put on a market neutral trade. So, you're not necessarily betting on the absolute direction of a sector, you're betting that it just outperforms the broader market. So, what I'm looking at is the insurance sector relative to the S&P 500. The way to play that is through the ratio IAK versus over the S&P 500. So, for every dollar that your long IAK, you want to be short $1 of the S&P 500, and so you're playing the spread.

And the reason I like this chart is because it was in a downtrend for about a year and a half. And then prices broke to new lows below their 2015 lows, and prices began consolidating. So, sellers were becoming less aggressive and buyers were stepping in to battle it out. And essentially, it went nowhere for about nine or 10 months. And then prices broke back above their 2015 lows about a week or two ago. And so, to me, that's a classic trend reversal. You're seeing prices shift from a downtrend to a sideways trend where it frustrates both buyers and sellers. And now, we're breaking out to the upside.

So, anyone that's sold below that level is now saying, well, I got to get back in because I was wrong, I shouldn't sold. Anyone who was short below that level is now saying, well, if we get back to that level, I need to be buying and covering my shorts and maybe even flipping long. And so, that creates a natural buyer. So, given the breakout, I think you can be long at current levels, I believe it's 0.233. And you can be buying any weakness down toward our stop at 0.223. And I think we ultimately get back to the 2017 highs near 0.265. And I think it takes about a year to get there because remember, we're trading a sector versus the broader market.

So this is not a high beta stock like Tesla or MongoDB that's moving 5%, 10% every day, we're playing a spread. So, it's it's going to be a slower mover.

JUSTINE UNDERHILL: I know you're looking at this from a technical perspective, but what would you say is the biggest risk to the trade?

TOM BRUNI: The biggest risk is probably continued underperformance from the financial sector. So, within financials, insurance is the best subsector but you're seeing regional banks, broker dealers and exchanges lag here. So, unless we start to see some pickup in those other areas, if that sector does come under pressure, I think insurance will probably see some similar selling. Obviously, I think it will be less severe than those other areas that are underperforming but yeah, it's definitely a possibility.

JUSTINE UNDERHILL: Great. Tom, thank you so much.

JUSTINE UNDERHILL: So, Tom is bullish on insurance stocks. Specifically, he likes going long the iShares US Insurance ETF, ticker symbol IAK versus the S&P 500. He likes entering the trade at 0.233, with a stop loss at 0.223 and a target of 0.265 over the next year.

Just remember this is a trade idea and not investment advice. You should do your own research. Consider your risk tolerance and invest accordingly. For Real Vision, I'm Justine Underhill.