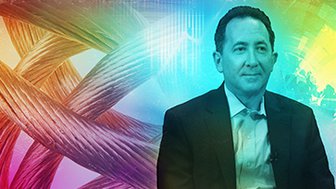 Peter Boockvar, CIO of Bleakley Advisory Group and editor of…

Green Light for The Red Metal

Mark Newton, CMT, founder of Newton Advisors, returns to Real Vision to break down his technical view on the health care sector. He analyzes the momentum and relative strength, and discusses how to make the play, in this interview with Jake Merl. Filmed on April 29, 2019.

JAKE MERL: Welcome to Trade Ideas. I'm Jake Merl, sitting down with Mark Newton, president and founder of Newton Advisors. Mark, it's great to have you back on the show.

MARK NEWTON: Thank you, Jake. It's great to be back.

JAKE MERL: So today, we're going to be talking about health care. It's no secret that this sector has been underperforming over the past few weeks and months. But recently, it looks like it's starting to rebound. So what do you think, Mark? Is it time to start getting involved with health care?

MARK NEWTON: Yeah, I like this sector quite a bit from a counter trend perspective. As you mentioned, it is a huge underperformer for the year. It's the worst performing sector out of all 11 S&P sectors. It's up only about 2.3% year-to-date versus an S&P return of about 17 and 1/2%. Its next closest peer, utilities, is up about 9%. So it's down even more than 700 basis points under even the next worst performing sector.

Recently, you've started to show some evidence of health care bottoming out. And I think that's what makes it attractive for me based on really three reasons. One is that technically speaking, you've gotten very oversold. And as of last week, you made the best returns out of any of the sectors that you've seen over the last week. So it was up almost 3% on the week. So as I mentioned, very, very bad performance on a year-to-date basis. However, the last week has actually been very, very good. So technically, we started to see a few signs of that bottoming and moving up to new multi-day highs. That's a positive.

The second is that we're approaching seasonally a very strong time for the group. So typically May through July tends to be a great time for health care. Particularly the month of July has been very good. It's up six out of the last seven years. So it makes me think that we're coming into seasonally a bullish time, and that's also a reason to favorite it.

The third is from a pre-election standpoint, with Biden back in the race, a lot of people think that his stance towards health care is a little less extreme than many that are going towards the single payer model and really Medicare for All. So from what I've read and know from having heard him speak, I mean, it seems like he's going to try to amend Obamacare and really roll with that as opposed to going to single payer.

So if anything, that should put less pressure on the sector if, in fact, he ends up being the candidate for the Democratic ticket. But I think the group in general has just gotten very hard hit. So a lot of it's a mean reversion play on thinking the sector can show above average strength over the next few months.

JAKE MERL: So, Mark, what is it specifically about the technical setup that has you so interested?

MARK NEWTON: I look at a lot of counter trend tools. And so things like the mark exhaustion is present, very oversold conditions, then moving up to snap back to a new multi-day high after being very hard hit. So that's positive. Seeing some crossovers on things like M-A-C-D, MACD, is also bullish. A lot of that is coupled with just the bullish seasonal play and also the ongoing bearish sentiment. I think that something continues to have to be done with regards to drug pricing and just health care, that if Biden is not the candidate, then the sector could come under potentially further pressure.

JAKE MERL: So what's your view on the overall market? And how does that affect your thesis on health care?

MARK NEWTON: Well, equities have been pretty resilient. It's been very difficult to fade the market of late. We've had one of the best quarters we've seen in the last 20 years. April now looks like it's going to be very much positive, up over 3%, with just a couple of days left. I don't think the rest of the year can do nearly as well as what's been seen, of course, but there really has been very little evidence of any technical exhaustion whatsoever. You've seen, one by one, these various sectors in the last few weeks being taken out to the woodshed, be it semiconductors or industrials or 3M or energy. I do think energy potentially is peaking out, and crude oil could start to begin a seasonal decline.

I think that it's a must to be a little bit more selective in what to own in this market. It's been a lot tougher to make money in the last month than it has been in the first few months. January, February, March, the market literally went straight up. Last month was the first month that we saw some evidence of a little bit of a slowdown, some breadth deterioration. Given health care's decline, momentum had waned a bit.

And so those are a little bit of a technical concern, given that markets had gotten near term overbought. But yet, really it's a must to wait for some evidence of trends starting to fall by the wayside before you really adopt any sort of a bearish tone. And I think it makes sense to consider implied volatility over the next six months. But my thinking is equities can still push higher, and the S&P can get over 3,000 and hit 3,040 to 3,070 into early September before you really peak out.

JAKE MERL: So, Mark, are you bullish on health care in general? Or is there a specific part of health care you're most bullish on?

MARK NEWTON: Near term, I would favor that the rally in the health care services stocks can continue. And specifically, the ETF that mirrors that is the XHS for health care services ETF. It's trading at around $64. In the last couple days, we've seen that break out above a downtrend. From mid-February, this group had been very hard hit. And so now we've seen a very strong rally back in the group, and I think that still has some momentum.

I would also look at pharmaceutical stocks. And in the event that the market does have any sort of minor peak in the next month, that group should outperform. Pharma has been a great area to consider, particularly on pullbacks. The broader technicals and structure are still very much intact. Biotechnology is a little bit of a different animal. I think you have to be more selective in things like the XBI. That's tougher to be long the group right now, until we really see more signs of recovery that can repair some of the damage.

Medical services, though, is also an area that I like. ETFs like the IHI have been very good. It's been a consistent outperformer. But services is really the group that I would favor near-term. So I'm looking for that rally to continue. I think XHS gets up to right near $70 or so, so we can see potentially another 5% or 10% in that group over the next few months. And I'd use probably a 5% stop on any pullback getting down under 61 and 1/2, 62. Below that, I'd probably stop that out.

MARK NEWTON: The biggest risk is that as the next couple months go on, that Biden might do or say something that might affect his chances and his popularity wanes, and that another front runner emerges from the far extreme in the Democratic ticket that might be more pro-Medicare for All. I think that could do further damage to the group. After all, this is just a bounce right now in XLV and in most of these health care stocks. And we haven't seen substantial enough rally to really repair some of the damage that's been done.

So if it proves to be short-lived, then we could certainly have a retest if the broader market starts to really accelerate to the downside. I'm thinking that those are the risks. But I'm confident that sentiment right now is still negative enough that really any pullback would probably be a buying opportunity over the next three or four months.

JAKE MERL: Mark, that was great. Thanks so much for joining us.

MARK NEWTON: Thanks for having me.

JAKE MERL: So Mark is bullish on health care. Specifically, he suggests buying the SPDR S&P health care services ETF, ticker symbol XHS, at $64, with a stop loss at $61.50 and a target price of $70 over the next four months. That was Mark Newton, president and founder of Newton Advisors. And for Real Vision, I'm Jake Merl.