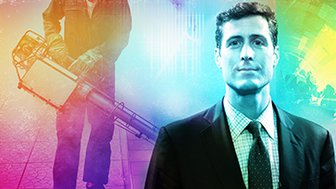 John Jannarone, editor in chief of IPO Edge, highlights a unique & growing section of the IPO market - SPAC’s: Special Purpose Acquisition Companies. In this interview with Jake Merl, Jannarone explains how these blank-check companies work, discusses the current opportunity in Thunder Bridge Acquisition, and notes how to make the trade. Filmed on April 9, 2019.

JAKE MERL: Welcome to Trade Ideas. I'm Jake Merl, sitting down with John Jannarone, editor in chief of IPO Edge. John, good to have you back on the show.

JAKE MERL: So we were just talking about Lyft and its recent IPO and how investors are in for a wild ride, but today we're going to shift gears a little bit and talk about a different section of the IPO market, which are SPACs, Special Purpose Acquisition Companies. So John, what's a SPAC? Why are they important? Could you talk a little bit more about them?

JOHN JANNARONE: Sure, Jake. So SPACs have actually been around since the mid '90s. The way they work-- they're also called blank check companies. Basically, a sponsor raises money, and they don't identify a target immediately. They go out and find one, and then shareholders either vote for it or against it. They usually price at $10 a share.

Now even if there's a target, and it gets supported, you don't have to own it, so you can redeem and get your $10 back. So the nice thing about them is you can get your money back if you don't like the target.

JAKE MERL: So how does it work exactly? You invest in a company, but you don't have any downside risk. How does that work?

JOHN JANNARONE: Well, I mean there is downside risk, if the company is bought, and it doesn't perform well. So these can break, just like any IPO. But the idea is that you can redeem and get out of it. An interesting fact, I think, about these is that in the bubble, the housing crisis, so '06, '07, these were immensely popular.

And they peaked-- they've actually hit a new peak, but what happened then is they were really a sign of froth in the market, because they're blank checks. So for a few years, they almost went away. I mean, they were very, very dormant. There was almost no fundraising, so some deals got done.

But in the last few years, they've come back very, very strongly. And believe it or not, excluding Lyft, more than half of the IPO fundraising so far in 2019 is from SPACs.

JAKE MERL: So why are these SPACs making a comeback, John?

JOHN JANNARONE: Well, I think what's happened is a lot of people out there who have considered other paths to going public or to selling a company have considered SPACs. So a lot of private equity has gotten very involved in them, so Chuck E Cheese just announced yesterday, and that's an Apollo company. Blackstone's done one. All the private equity guys are looking at them, and what happens a lot is the private equity owners don't get out. They stick around, so that's important for two reasons.

One, it's a vote of confidence in the stock, because the private equity guys are saying, we think there's upside in this as is a public vehicle. And number two, they're also on the board. These guys will stand by, and they know what they're doing. They're good stewards of the business, and I think for those two reasons, we've seen a lot of these things trade very well. And once they traded well, the fundraising has crept up as well.

JAKE MERL: Do you have a specific SPAC you're looking at today?

JOHN JANNARONE: Yeah, I do. So Thunder Bridge is a SPAC, and it has announced it wants to buy REPAY. REPAY is a really interesting company. We know there's been a lot of action in the processing space. Fidelity National bought Worldpay recently, so there's consolidation. REPAY is in an interesting niche, because they only do loan repayments, and that's their specialty.

So we're talking about auto loans or personal loans, and what they're doing is helping customers or consumers shift from things like bank drafts or checks to debit card payments, or even you might do this with your phone-- with paying your phone bill. You know, you'll get an SMS, and you'll just press one, and it'll be paid. So they're bringing that to the loan repayment world.

JAKE MERL: So what does the company's fundamentals look like? What's the valuation?

JOHN JANNARONE: So the valuation is actually very reasonable, so it's about 12 and 1/2 times 2020 EBITDA. You look at Square, which is the one that's most famous. It's 50 times EBITDA. A couple of the other competitors are in the high teens, so it's affordable, and it's got great growth-- I mean 20%, roughly, for both EBITDA and revenue.

And I think that one question I had when I first started looking at this company was, why can't Square or somebody else encroach in this space? But what happens is these relationships get very, very sticky, and they also-- they understand the software, so they're very integrated. So I think the more likely thing that would happen if someone wanted to in that space is they would just buy the company.

I'm not sure that it would be a perfect fit for one of the competitors. But I don't think that they would go to the effort of trying to steal the business from them, because it is quite sticky. You know, and they might also buy other companies, too. I mean, you know, they can basically-- well-- or they can buy accounts. They'd pick up more customers.

JAKE MERL: So how do you actually trade the SPAC?

JOHN JANNARONE: There are a couple of ways to do it. It's trading around $10, and like I said, at this valuation, I think it's quite reasonable. There are also warrants, and I've noticed the last few weeks, the warrants have traded up a lot. And this is a pattern you'll see sometimes in these SPACs, because there are, I think, hedge funds probably getting into these, and they wanted the real juice. So you know, the warrants, I think, have gone from about $0.50 to $0.75. So I mean, if you really want to get involved in this thing, that's the other way to play it.

The downside risk is really manageable, because like I said, you can always redeem. But I think that there's a good possibility that before the deal even closes, it's going to start to trade up higher. I mean, I've seen this with a number of these SPACs. Once investors start to see that the deal is going to happen, the valuation can go up, even though the deal hasn't been approved yet.

JAKE MERL: So how much upside do you actually see? What are your key levels here?

JOHN JANNARONE: I mean I think that this thing could be 50% higher, so I'd say it could be $15 in the next couple of years. I mean at this valuation, it's quite reasonable. And you know, this is really a secular shift that I think these guys are going to ride very well. I mean, we all know that we're-- who writes checks anymore? Right? And interestingly, in this space where they operate-- so we're talking about personal loans and auto loans-- the penetration of debit cards is actually lower than it is for other types of processing.

JAKE MERL: And so would you have a stop loss here, or how does that work?

JOHN JANNARONE: Look, I guess there is the possibility of a competitive threat, and if that happened, if some other company made a huge push, you know, that's what I'd be on the lookout for. But I wouldn't say I would want to just-- you know, I'd be a buyer if it traded weak after the deal got announced. I mean, the one thing that would scare me is if I saw another player actually trying to steal business from them.

JAKE MERL: And so what about the warrants? How much upside you see for them?

JOHN JANNARONE: Well, I mean the warrants could double, right? I mean this is-- but you know, that's-- there's risk there. You know, the strike-- they're out of the money warrants, so you know, you've got to know what you're getting into there. So that's not for the faint of heart.

JAKE MERL: And this upside you see-- what time horizon is that?

JOHN JANNARONE: I think-- I'd say within the next two years. But again, even before the deal gets announced, this could trade much higher. You know, I've seen it happen with a number of these guys. So don't be surprised if it happens sooner.

JAKE MERL: John, that was great. Thanks so much.

JAKE MERL: So John is bullish on REPAY. He thinks the SPAC could reach $15 over the next two years. He also thinks the warrant, ticker symbol TBRGW, has 100% upside potential. That was John Jannarone, editor in chief of IPO Edge. And for Real Vision, I'm Jake Merl.