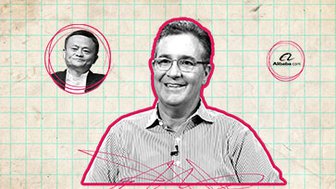 Todd Harrison, founding partner and chief investment officer of CB1 Capital Management, walks through how to take advantage of the recent volatility and liquidity concerns in the cannabis space. In this interview with Jake Merl, Harrison reviews his favorite cannabis stocks for sale, highlights the importance of the SAFE Banking Act, and notes how traders should position in the months to come. Filmed on September 24, 2019.

JAKE MERL: Welcome to Trade Ideas. I'm your host, Jake Merl, sitting down with Todd Harrison, founding partner and Chief Investment Officer of CB1 Cap. Todd, it's great to have you back on the show.

JAKE MERL: I believe last time you were here was with Tony Greer back in June and you did a fantastic hour-long piece talking about the entire cannabis space. It was a great educational video. I encourage all of our viewers to watch it. However, for today, I want to talk specifically about the volatility we've seen over the past few months. The sector's down roughly 50% or so from the highs back in April. What do you make of the situation, Todd? Why has this carnage continued for so long?

TODD HARRISON: How much time do we have? There's a few different dynamics in play up in Canada, I think what started as evaluation conversation turned into a credibility conversation after CannTrust. This was one of the anointed stocks up north. I think that really left a black mark on the industry in terms of Wall Street's participation and Wall Street's trust in the cannabis space. As you look closer to the US, obviously, you don't have institutions able to custody these assets. It's been all retail holders, traditionally very emotional retail holders, and monolithic in their movements.

These stocks are moving as one large stock, as you said about 50% off versus where they were in May, close to 75% off where they were in January 2018. At the US level now, we look around and we say, okay, well, you don't have the institutions but you have a lot of insiders who participated as private equity investors who are now using public securities as their ETNs, not enough liquidity. We have a bit of a liquidity crisis in the space now, which is dictating prices in the short term but we think is driving valuations which are going-- those fundamentals are really going to drive performance over the medium to long term.

Then you have the vaping issues, of course, which were weighing out psychology now. We ultimately think that's going to facilitate a move, a migration to the legal market away from the black market, which is a good thing. It's going to promote safer experiences, but right now, the market's in a ready fire aim mindset and you're seeing it in the price action.

JAKE MERL: Speaking of those vaping issues, that doesn't worry you at all, it doesn't impact your long term bullish thesis at all?

TODD HARRISON: Well, it's concerning, certainly. Leaving aside the parallels and the conversations that won't be had whether it's about guns or opioids, or alcohol, or cigarettes or things that are actually killing people, cannabis, cannabinoids are therapeutic. They're very healthy. If you're talking about a form factor, that is from what we understand is primarily coming from the black market to get that cannabis from the flower into the vape, this emulsification process. They're going to mix this with other materials, a lot of which are not healthy for you and that's primarily on the black market. We see in the legal market, a lot more regulation, a lot more stringent protocols, which is why we think ultimately, it's going to be a tail wind, but again, in this environment, it's really ready fire aim.

JAKE MERL: Given the carnage we've already seen, where do you think we go from here? I know you're bullish long term but do you think this carnage will continue a little bit more, or do you think there's a near term catalyst that could boost prices? I know there's the Safe Banking Act that could potentially get passed through the Senate but that's a big if. What are you looking at there?

TODD HARRISON: Well, the Senate Banking is, as we're sitting here on a Tuesday afternoon, I think it goes to a vote at the House tomorrow. We think it's going to pass the House. I hope this doesn't come back to bite me, but obviously, there's a lot of speculation that Mitch McConnell won't pass this through the Senate or won't allow it to get through the Senate.

You have that duration risk that we talked about last time in terms of when things happen versus when things are actually going to start to implement. To say, in fact, is great on the margin credit lines, lower cost of capital, access to the commercial banking system, access to the available credit cards in time. The oxy moment, if you will, for global cannabis, and for US cannabis in particular, is the ability for institutions to custody those assets. Until we see language that's going to allow for institutions to participate on the buy side, you're going to see this volatility in the short term.

JAKE MERL: With all this in mind, can you see any comparisons to the current cannabis market to any other markets in history? Are there any other analogues out there that has your attention?

TODD HARRISON: We've been talking about the dot-com parallel for some time, I think it's pretty apt. In the two years following the top of the dot-com bubble, NASDAQ 5000, you saw about a 78% decline before the 2002 trough that ultimately led to a 900% rally over the next 17 years. Global cannabis since 2018, January 2018, is down about 75%. We're, in my opinion, a lot closer to the turn than in the beginning of the turn.

We're looking at the second phase, 2.0, as really US-led consumer packaged goods. That's the notion that you're going to use cannabinoids as an ingredient for everything from beverages to nutraceuticals, to cosmetics and vanity to pet supplements. It's an ingredient. As prices come down for cannabis, it's a creative to margins for anybody that's using cannabis as an ingredient. That's 2.0. I think that's going to get unpacked over the course of the next call it six to 12 months.

Then ultimately on the horizon, we think 3.0 is efficacy driven solutions or cannabis medicine. That's a biotech pathway that takes a little bit longer. Somewhere along this line, you're going to see, in my opinion, psychology jumped the shark, people are going to realize that this isn't something that's killing you, as some people think now, but this is something that actually is quite therapeutic across a number of indications.

JAKE MERL: Given the parallels to the NASDAQ, and where we are currently trading in the cycle, do you see any tactical, any short term trading opportunities in the cannabis space now?

TODD HARRISON: I think there's a lot of short term trading opportunities. We look at the US market, for instance, and we, again, drawing the parallel to dot-com say, "Okay, who are the four horsemen?" Once upon a time, it was Dell, Microsoft, Intel, and Cisco. Now, we think it's Curaleaf, Green Thumb, Cresco and call it Harvest, with a number of others jockeying for position.

We think that's going to drive beta going forward, coming through this legislation that we think is ultimately going to pass. The market doesn't agree right now. We think that's going to drive the beta on the other side of that barbell and that US barbell, you're right now is a function of the liquidity crunch. We're buying growth companies at value multiples, if not distressed multiples, and I pointed names like Vireo, which has 12 state licenses and the stock price trading under the value of those licenses. Again, we're at the front end of this 2.0 and you're picking up growth at distressed multiple. That's the other side of our book in terms of the barbell for US.

We have Australian exposure, we think Australia is probably three or four years behind Canada, in a good way. Then we have a number of different brands and other ancillaries that really round out our portfolio, but we're betting on cannabis as an asset class. I think it's bumpy but certainly, once we get through this, and go through this, we think it's going to be quite fortuitous for anybody who's involved.

I still like GW. It's down pretty significant since since the beginning of the summer. It was trading at 180. I think this morning, it's trading at about 125. Again, if you're going to trade this sector, you have to really be able to be in a position to use price to your advantage. News is worst at the lows. Certainly, there's a lot of noise around cannabis writ large right now but I could argue that you needed to see this final flush before this next phase could really be ushered in.

JAKE MERL: Well, Todd, thanks so much for the update. It was great having you back on the show. We'll see how it plays out in the months to come.