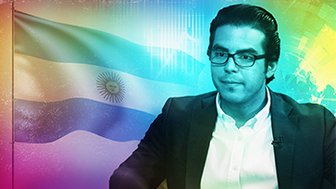 John Jannarone, editor in chief at IPO Edge, returns to Real Vision to discuss one of the most popular & expensive IPO’s this year: Lyft. He notes the absurd valuation, highlights several risks to the growth story and specifically reviews how to play his bearish thesis, in this interview with Jake Merl. Filmed on April 9, 2019.

JAKE MERL: Welcome to Trade Ideas. I'm Jake Merl, sitting down with John Jannarone, editor in chief of IPO Edge. John, great to have you on the show.

JAKE MERL: So today, we're going to be taking a look at Lyft, one of the most popular IPOs this year, and really one of the most notorious tech IPOs ever at a $24 billion valuation. And as someone who specializes in IPOs-- and I know you've done a lot of work in this company-- my question to you is, was the IPO price of $72 per share overvaluing the company? And if so, is today's price of $67 overvaluing the company?

JOHN JANNARONE: Without question, it was overpriced. And it still is. I mean, we're talking about 6 times forward sales for a company that has no path to profitability whatsoever. Even most bullish analysts, if you look out at 2022, they still have deeply negative EBITDA. There are a lot of reasons for that. But I think that this thing could go down to $50 by the end of the year.

JAKE MERL: So what is it about the business model specifically that you think they'll have trouble turning a profit?

JOHN JANNARONE: The problem is, for one, it's a very, very competitive business. As you probably know as a consumer, you can choose which rideshare you're going to take. If you're at the airport, you can check Via Uber, Lyft. You find the cheapest one. So it's viciously competitive. And that's why they're struggling. I mean, these guys have a negative 44% EBITDA margin.

The other thing that I think is really interesting that I dug into a little bit in the S-1 filing was their insurance issue. So believe it or not, these guys basically keep all of the insurance responsibility on their books. So they farm it out, but then they reinsure it. And if you look at their cost to goods sold, more than half of the 89% rise last year was from insurance. So they're carrying a lot of risk. It's very expensive.

JAKE MERL: So you think insurance is the biggest issue? Or do you think they have a bigger problem down the road?

JOHN JANNARONE: I think the competitiveness is probably why the path to profitability isn't there. But the insurance thing is almost like another possible problem that could explode. I mean, think about it. If these guys are bearing all that risk-- I mean, you see scary stuff happening in these cars all the time, right? I mean, people getting hurt, even killed.

The same thing with the scooters-- remember that. In the S-1 they talk about the scooters so much and the investor roadshow-- scooter, scooters, scooters. People get killed on these scooters. They're not doing that well. They're, again, very competitive. So I think that you've just got to step back and realize that this is not a slam dunk by any means.

JAKE MERL: So this company lost $900 million last year, $600 million a year before. Yet during the same period, their revenue doubled. That's OK for a startup or a growth company. But the question is, when will they turn to profitability? That's what investors are paying up for. Do you think they'll ever make that turn?

JOHN JANNARONE: Look, I think they probably will someday. But there's just so much uncertainty and it's so far out-- I mean, am I going to pay six times sales for the possibility of profits in 2025? I mean, it just doesn't make any sense. There's plenty of other SAAS companies out there with better prospects that are much cheaper and are already profitable. I mean, look at Grubhub.

JAKE MERL: And so in addition to competition and in addition to the insurance problem, what about the employee contractor situation? Can you talk a little bit about that?

JOHN JANNARONE: Well, yeah. So they treat their employees as contractors, right? So that means that they have a safe distance from them. But a lot of these drivers don't like it that way. And if that changes, it could also impact the insurance costs, right? I mean, they may have to take an even more direct responsibility for these guys. So absolutely. I mean, that's just one more piece of uncertainty that you should be thinking about.

JAKE MERL: And are you bullish on the entire ride-hailing story in general, or is it just that there's so much competition that it won't work out for one specific company, or do you think the entire industry is facing some pressure?

JOHN JANNARONE: Look, I think that this idea of everyone abandoning car ownership is fallacious. It's just not going to happen. If you live in New York City, maybe, right? But it's always been that way. People who have been living here for decades would take taxis instead of owning a car.

But if you have to drive any kind of distance-- say, to commute to work-- it just doesn't make sense. And you don't you want the independence of actually owning your own car? Do you want to have to hail someone twice a day every day? If you do the math, it just doesn't work in most places.

JAKE MERL: And so just to play devil's advocate here, currently, it's, like, 1% of all miles traveled is for ride-hailing apps, rather than just car ownership. If that 1% were to become 2%, 3%, 5%, even 10%, isn't that a huge megatrend that the bulls are trying to capture?

JOHN JANNARONE: I think it absolutely is, but you got to remember-- everyone's chasing this. It's competitive. And what, you have Via, Juno. It's not just Uber and Lyft. Remember that. So anyone who can do this and price it competitively is going to get the customers. So why should Lyft win?

JAKE MERL: And so let's talk about the stock specifically right now, because you're not alone. There's a lot of short interests-- you know, nearly $1 billion, which is over 40% of the flow, which is a lot. And so my question to you is, do you think this is a crowded trade already? Would you be nervous shorting the stock right here?

JOHN JANNARONE: Look, I mean, it could be a bumpy ride down to, say, $50. But what I'll tell you is this-- I don't really see any positive catalyst coming this year. We're not going to see an inflection in EBITDA. Where would that come from? I mean, like I said, they don't even claim that.

I mean, when you watch the investor presentation, they use a lot of metrics that have absolutely nothing to do with profitability. But people are onto this. I'm not alone in noticing this. And so, yeah, sure. I mean, of course people might cover. But with a lack of any good news by the end of the year, no. I'd bet against it.

JAKE MERL: There's actually a lockup period right now. Can you talk a little bit about that?

JOHN JANNARONE: Yeah. So as with most standard lockups, six months. So in the fall, you're going to have a ton of possible sellers coming to the market. And remember, guys like Fidelity-- you know, these other venture capital investors-- they came in at much lower prices. And they'd probably be happy to get out of it at a pretty nice profit. So I would look out for that in a big way at the end of the lockup period in about six months.

JAKE MERL: And so I just have to ask. Over the past few days, we've seen a lot of noise coming out about Morgan Stanley and the short-selling accusations. Do you think it's just noise, or do you think this accusation has any merit?

JOHN JANNARONE: I mean, look, when I saw that story, I was shocked. I mean, the whole point of the lockup is to prevent you from hedging out or selling in any way. So if that's actually going on, it's a little scary, right? A lot of questions to be answered.

JAKE MERL: So John, can you break down this trade in 30 seconds?

JOHN JANNARONE: Yeah. So this company has no clear path to profitability. Maybe it's going to be in 2025. It's trading at 6 times sales. Even if it's at 4 times sales, I just don't think that makes sense.

And the other bogey that you really need to think about is this insurance risk. I mean, it's not normal for a company to carry that massive kind of risk-- insurance cost-- on its books. So I think that's the one thing that's not getting that much attention that could really get scary.

JAKE MERL: So John, what's your target price for Lyft?

JOHN JANNARONE: So I think end of the year, $50 a share. And look, I'm not saying this thing's a 0. But I think it should be on a more rational sales multiple. And there is no EBITDA multiple. EBITDA is nowhere in sight. So I think $50 is about where I'd get out.

JAKE MERL: And do you have a stop loss?

JOHN JANNARONE: I mean, I think that if it screams up to 85, sure, I'd want to get out.

JOHN JANNARONE: I mean, it might be short-covering, frankly. Like you said, the massive short interest. If there is some glimmer of good news, it could really rip. But I'm not expecting that.

JAKE MERL: Well, John. That was great. Thanks so much for joining us.

JAKE MERL: So John is bearish on Lyft. Specifically, he suggests shorting ticker symbol LYFT at current levels with a stop loss at 85 and target price of $50 by the end of the year. That was John Jannarone, editor in chief of IPO Edge. And for Real Vision, I'm Jake Merl.