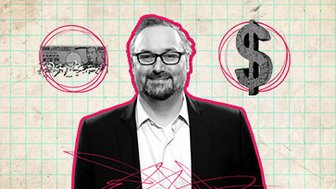 Tony Nash, founder of Complete Intelligence, sifts through the noise…

Tom Bruni of All Star Charts analyzes palladium’s recent price action - outlining the past year’s move higher and the dramatic selloff in March. He argues that a great buying opportunity now presents itself. Bruni notes the key technical indicators that suggest a move higher and mentions the risks to his thesis, in this interview with Justine Underhill. Filmed on May 16, 2019.

JUSTINE UNDERHILL: Welcome to Real Vision's Trade Ideas. Today we're sitting down with Tom Bruni of allstarcharts.com. Great to have you here.

TOM BRUNI: Thanks for having me, Justine.

JUSTINE UNDERHILL: So what are you looking at to trade today?

TOM BRUNI: Today we're focused on palladium. And the reason for that is it continues to show relative strength versus the rest of the precious metal space and commodities in general.

JUSTINE UNDERHILL: What do you see going on with commodities overall?

TOM BRUNI: So one of the measures I use is an equally weighted basket of all the commodities across energy, agricultural, and metals. And it's essentially gone nowhere for the last 2 and 1/2, three years. And so that's telling us that commodities as a group have kind of been in no man's land and not really that actionable.

JUSTINE UNDERHILL: So what's sticking out to you about palladium? Is it just relative strength?

TOM BRUNI: Taking a step back, within commodities there are trends that are kind of intact. If you look at energy that's been performing well. Crude oil, heating oil, gasoline, those have been trending well. But then if you look at agricultural commodities like cotton, sugar, soybeans, they've been all over the place and trending lower.

Actually, if you look at the exchange-traded fund DBA that tracks them, it hit a new all time low just recently. So that space continues to struggle. And then metals have been a mixed bag. You look at gold and silver, they've gone basically nowhere. Platinum's been trending lower and is now trying to find its footing. But palladium has been the standout. It continues to trend higher in the face of all these headwinds for the commodity space in general.

JUSTINE UNDERHILL: Palladium itself has been kind of on a wild ride over the past year. So it was soaring last year, and then in March, it took a pretty big hit. Where do you see that going right now, and are there big risks in terms of major swings?

TOM BRUNI: Well, we've liked palladium for a long time. Like I said, since 2016 it's been one of the few commodities that's trending out there. And we've taken advantage of that trend. So when we came into the beginning of the year, we're starting to see sentiment pick up. We're seeing a lot more people on Twitter, on the street putting out notes about palladium.

So we're starting to finally get some traction, and that's kind of when we knew that the trend was probably close to being over than just beginning. And so prices are close to reaching our upside objective, near $1,645 when momentum put it in a bearish momentum divergence. And what that basically means is buyers are less aggressive at those higher levels.

And so that was a signal to us that we should probably be taking profits, which we did, and stepping aside and seeing how things develop. And as you mentioned, prices broke down pretty hard from that level. But I still think the structural trend is higher. So I think this correction has led to a pretty attractive entry on the long side.

JUSTINE UNDERHILL: So would you get into palladium at current levels?

TOM BRUNI: $1,330 is my level. That was a former price target that we had on the way up-- prices that acted as resistance on the way up. They consolidated for a bit before they broke out. And now on the downside, they're working as support. And so the bearish momentum divergence that we're seeing at the top in March, we're kind of seeing the flip side of that.

We're seeing a bullish momentum divergence as prices come into support. So prices broke below that $1.330 level, hung out there for a day or two, and then quickly reversed, trapping all of those sellers below it. And now, because prices aren't getting back below it, they're getting frustrated. They need to start covering their shorts. They need to get back long if they had sold below that level. And so I think that's a catalyst to take prices higher.

JUSTINE UNDERHILL: What would be your time horizon on this?

TOM BRUNI: This is shorter term trade. This is like one to three months. The thing I like about this trade is you're going to know very quickly if it's going to work or not. Failed breakdowns are supposed to be an explosive type of setup where prices break down, traps a bunch of sellers and buyers, and then once we get back above that level, we're off to the races. We can get back to the all time highs near $1,625.

JUSTINE UNDERHILL: So what's the catalyst to get to that price target?

JUSTINE UNDERHILL: What are some of the biggest risks to this trade? Are you concerned at all about palladium being overvalued relative to something like platinum?

TOM BRUNI: Potentially-- again, I'm a technical analyst, so not really concerned with the fundamentals. Really what I'm seeing here is relative strength versus the rest of the metal space. So I think the biggest risk to the trade is that metals in general resolve these consolidations to the downside. And palladium is dragged with them.

JUSTINE UNDERHILL: All right, so how do you see dollar strength playing into this?

TOM BRUNI: Yeah, so common sense would tell you stronger dollar means lower metals. But if you actually look at the correlation over the last year or so, it's broken down. So it's not really playing as much of a role as one would expect it to. With that being said, correlations change all the time.

So it's something I'm monitoring, but it's not really a risk factor on my radar right now, simply because the relationship hasn't been there in quite some time. For me, it's more about the ability of the other precious metals to catch a bit as well and start heading higher. I think that's the bigger risk factor than the US dollar.

JUSTINE UNDERHILL: All right, can you summarize this trade in 30 seconds?

TOM BRUNI: So we're getting long palladium at current levels. We are going to stay long if prices are above $1,330 on a closing basis and we are targeting $1,625 which is its former all time highs over the next one to three months.

JUSTINE UNDERHILL: Great, Tom, thank you so much.

JUSTINE UNDERHILL: So Tom is bullish on palladium, specifically he suggests entering the trade at current levels with the stop loss at a daily close of $1,330. His target price is $1,625 over the next one to three months. Just remember, this is a trade idea and not investment advice. You should do your own research, consider your risk tolerance, and invest accordingly. For Real Vision, I'm Justine Underhill.