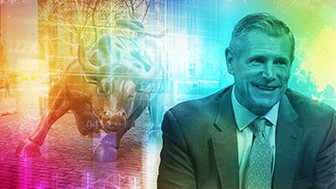 Joe Perry, CMT, of ForexAnalytix joins Real Vision to review his past five currency trades on: the Japanese Yen, the New Zealand Dollar, the Norwegian Krone, the Canadian Dollar and the South African Rand. He runs through the charts, reassesses his outlook for each currency, and lays out a new trade on the Norwegian Krone, in this interview with Brian Price. Filmed on March 5, 2019.