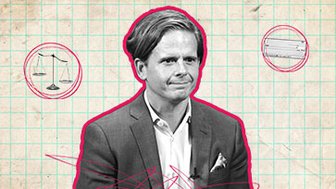 John Jannarone, editor in chief of IPO Edge, explains why…

Craig Johnson, CFA, CMT, returns to Real Vision with a skeptical outlook on the stock market. Despite his hesitation over the broader market's direction, he sees light in the semiconductor space. He explains why, and lays out a trade on Micron in particular, in this interview with Jake Merl. Filmed on July 24, 2019.

JAKE MERL: Welcome to Trade Ideas. I'm Jake Merl, sitting down with Craig Johnson of Piper Jaffray. Craig, great to have you back on the show.

CRAIG JOHNSON: Thanks for having me back.

JAKE MERL: So, we're trading around $3,000 on the S&P right now, currently around all-time highs. We've seen a huge rally this year. So given this backdrop, do you think now is still a good time to be buying stocks?

CRAIG JOHNSON: Jake, I got some reservations at this point in time. As markets moved up, the S&P over $3,000, but when I look at a lot of the internal work we do at Piper Jaffray, I'll look at the number of new highs, at number of new lows. And in our work last week, we're starting to see more new lows in our group work than we're seeing for new highs. We're also starting to see some of our shorter term momentum indicators, RSI, MACD, some of these things that are very widely used on many of the Bloomberg terminals. And what we're finding is that we're starting to see a bit of waning momentum in the market. Merl.

Put all those pieces together with a pretty big divergence between large cap and small cap and I'm seeing a setup in the market right now that looks very similar to what we had seen back in January of last year and also September-August timeframe, which was the market made new highs, but you're not seeing the same participation confirming the push of those new highs. And then one other thing, Jake, I just mentioned, is take a look at the Fang stocks. They're about 20% of the overall market capitalization of the S&P 500. And this is now the fifth time they've tried to break out to new highs, and they failed. Jake

So again, if the Fangs aren't making new highs, the breadth is weak, the market is trying to push ahead through $3,000, I'm skeptical. So now, what we need to watch, Jake, is we need to watch $2,940, $2,950 level because that was the old highs we had seen before. And when if we break back below those levels, I wouldn't be surprised to see this market reset itself back down toward the 200-Day Moving Average, which gets you around $2,750, $2,748, somewhere in that range. I'm

JAKE MERL: So right now, are you just cautious and skeptical or are you flat out bearish?

CRAIG JOHNSON: So, I never really ever go flat out bearish. What I will tell you is I think the secular bull market is still intact at this point in time. But I do think you need to see some pullback and correction. And just as a reminder, we've been talking about a trading range for this market, $2,500 in the lower end, $2,900 on the upper end, we're at that upper end at this point in time. So now is not the time to commit new capital to work, I'd wait for this market to come in, take some profits.

And I wouldn't define myself as all-out bearish or bearish at all, it's just the markets trade. And at points in time, there's better entry points and better exit points. And I think you're at a point in time where you should be taking some profits and letting it come back in because those investors have been trying to chase this tape in full, full momo that they bet in are ultimately going to see this market come back in and that closed below that key support level is going to make people pretty nervous and lead to a lot of profit taking. Real

JAKE MERL: So essentially, you're saying your best-case scenario is for the S&P to actually end of year lower than it is right now?

CRAIG JOHNSON: Yeah, about 9% to 10% lower than we are now. I have not changed my yearend objective, $2,725. I just think we pushed above it, gone a little further than I thought we were going to go. But again, I think we're going to see a slow leak into yearend as investors say, I've had a great year. I'm 1200 basis points ahead of my benchmark or whatever it is, I'm going to take some profits and protect at this point in time. for

JAKE MERL: So you're skeptical on the overall market. However, are there any specific sectors you're bullish on at the current moment?

CRAIG JOHNSON: Absolutely, Jake. So, I'm skeptical in the big picture of the tape. We've seen these SAS and software names have very nice run so far for this year, but a lot of them are very crowded trades. So, I wouldn't be surprised if we'd get some discussion about a trade deal, something done perhaps in the second half of this year or early next year. And I wouldn't be surprised to see money come out of the SAS and software names and start to rotate into the semiconductor space. And that's why I'm more optimistic about the semiconductors at this point in time. and

So if you first look at the chart of the semiconductor space, and you look at the SOX specifically, I always like to start with a longer term chart of the SOX, and you'll see a pretty good consolidation range that has been forming. And from my perspective, if I stand that up and look at it, I can see a measured objective toward about $1,860. So, that sets us up for a nice risk reward in here. As always, I would use about a 7% trailing stop on this. But I think we're setting ourselves up for a nice move higher in there.

Couple of the names I'd call out in terms of trade setups that look good, I'd take a look at Micron. On the chart, I can see a nice double bottom has been made. I've gotten resistance that we're starting to push through, I can see a price upside objective to about $62 on Micron. So again, a nice setup on that name. And then also just mentioned stocks like Nvidia are also confirming that earnings reports that have just come out. And things like Texas Instruments also are constructive and starting to push through prior resistance levels. So it seems like we're starting to see some early signs of that profit taking a bit of a rotation towards semiconductors. Jaffray

JAKE MERL: So Craig, in terms of Micron, can you please break down that chart for us a little more, please?

CRAIG JOHNSON: Sure. So looking at this chart, breaking it down, if I look back on a two-year chart of Micron, what I'll see here is a nice double bottom has been forming since about November of 2018. We've hit a recent higher low back in the May-June timeframe. And now, we're starting to push through the neckline of this at around $44. And so from a technical perspective, what you like to do is you like to look at the size of that consolidation, the higher lows, and then ultimately stand that up. And you can see that it's going to measure out very nicely back to the old highs you'd seen back in the May-June timeframe of 2017. So again, a nice risk reward and a nice setup here. To us, it looks like about a three to one risk reward, Jake. And again, next price objective coming in at $62. Piper

JAKE MERL: Over what time horizon do you expect that playing out?

CRAIG JOHNSON: In terms of the time horizon, a typical rule of thumb for most technical folks is about two-thirds of the time to set up the consolidation or base is really what it takes to ultimately breakout. So if it took nine months, perhaps it's going to take about six months ultimately before you break out and reach those measuring objectives.

JAKE MERL: So Craig, when people think of Micron, they think of this big bull market type of stock. But you're actually saying that the bull market may be coming for a pause and a little bit of a correction. How do you weigh the two against each other?

CRAIG JOHNSON: So I think, Jake, the way to think about this is first, from the long term perspective. The secular bull market is not over, the economy is still in decent shape. And we know that there are certain segments that often get ahead of themselves. The SAS, the software names are there. But the growth buyers, the momentum buyers are going to look for another place to go if you start seeing profit taking coming in. Definitely semiconductors could be there, some of these biotech names could definitely be there, I think you're just going to see a bit of a rotation. Johnson

CRAIG JOHNSON: I think the biggest risk of this trade is what happens with the trade discussions. If there can't be any resolution in a reasonable timeframe, I think people may give up on them again. And just as a reminder, it was earlier this year that a lot of people were trying to take profits in the SAS stocks, rotating into semiconductors thinking there was going to be a trade deal done. It didn't happen, it got kicked down the road. And then they went right back into the SAS stocks once again and gave up on the semiconductor stocks, which created that very nice double bottom setup. But that double bottom setup was higher than were before. So that to me is the biggest risk, any dragging out of that trade war. was

JAKE MERL: Well, Craig, we'll see how it plays out in the months to come. Thanks so much for joining us.

JAKE MERL: So Craig is bullish on semis. Specifically, he recommends buying Micron, ticker symbol MU at current levels with the stop loss at $42 and a price target of $62 over the next six months. That was Craig Johnson Piper Jaffrey and for Real Vision, I'm Jake Merl. That