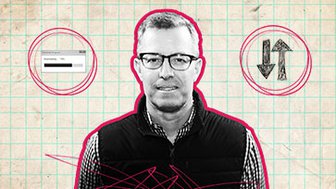 Douglas Busch, CMT, founder of Chartsmarter, is getting nervous about…

Patrick Dunuwila, editor in chief of The Chart Report, highlights a bright part of the market that’s outshining the broader indices, and notes how to play the setup through a particular stock: Sunrun. He examines the stock's relative strength, points out a potential breakout from key resistance levels, and reviews how to make the trade, in this interview with Jake Merl. Filmed on June 14, 2019.

JAKE MERL: Welcome to Trade Ideas. I'm Jake Merl, sitting down with Patrick Dunuwila of The Chart Report. Patrick, great to have you back on the show.

PATRICK DUNUWILA: Thanks for having me.

PATRICK DUNUWILA: Yes. So, not much has changed in regard to the flat 200-Day. It's still there indicating sideways price action. It's a two-way tape. So, there's opportunities on the long side and the short side. And I think we're still in a primary bull market if you zoom back and look. And you could make the argument that if anything, the last two years have been a correction through time as we really haven't gone anywhere. So, I'd err on the long side here. And in sideways markets like this, I think you want to be picky and own stocks in sectors that are showing strength relative to the broader market.

JAKE MERL: So, which sector or industry group are you looking at right now?

PATRICK DUNUWILA: Yeah. So, one theme that we've been talking about a lot on The Chart Report is the outperformance in solar stocks. And to look at that, we use the ETF TAN and that's T-A-N. And you can see that it's outperforming the S&P significantly here. It's up about 49% versus the S&P, which is up about 16% right now. So, that's an area of the market that we clearly want to be in.

JAKE MERL: So, what are some other technicals you're looking at? I know you just mentioned the relative outperformance but what else had you excited about solar?

PATRICK DUNUWILA: Yeah, really, it's the outperformance. It's showing that it's doing a lot better than the S&P. It's really been leading since about October of last year. And that clearly is showing you that that's an area of the market that you want to be into.

JAKE MERL: And why is now a good time to get involved?

PATRICK DUNUWILA: Well, it's breaking out of- if you look on the ratio chart, it's breaking out and of long term resistance on a relative basis. And we think that solar will continue to outperform here, even though it's had a great run already relative to the broader market.

JAKE MERL: So, is that resistance line really that important? How significant is it?

JAKE MERL: So, which specific stock are you looking at within the group?

PATRICK DUNUWILA: Yeah. So, now that we established that solar stocks are outperforming the broader market, we then want to drill down and look within the solar ETF to find the best risk and reward chart setups to express our bullish thesis on solar. And the one that we found is Sunrun. And that's ticker symbol RUN and we think it's poised to really run here, Jake.

JAKE MERL: So, why specifically Sunrun, because there are some other pretty prominent names in that ETF you mentioned?

PATRICK DUNUWILA: Right, and it's not the largest holding. I think it's about the sixth largest holding within TAN. So, we're not necessarily owning it because it's the largest name or highest weighted name. We're owning it because the charts side up simply looks the best. So, if you take a look at the chart of RUN, you can see that it's knocking on the door of all-time highs. And it's breaking out of a long term base. That base is about a one year base. It's been forming since last June. And the way I was taught was the bigger the base, the higher in space. And what that means is that the longer the sideways consolidation, the more potential for an upside in this case, breakout would be.

And in addition to that, if you look to the right of the chart, you can see that price action is coiled up. And what that's showing is a growing frustration between buyers and sellers. And they're working their way into a point in apex, where we'd expect price to break out in this case to the upside.

JAKE MERL: So, in addition to the factors you already mentioned, are you looking at anything else like RSI, momentum?

PATRICK DUNUWILA: In this case, as far as RSI goes, I do have it on the chart. And it's something that I look up very often. In this case, it's not really telling me anything concerning which I like. The fact that it never really got oversold, it briefly touched it, but it really didn't stay oversold. And if you look, momentum seems to be in a bullish range. So, that's encouraging. But I don't put too much weight in that for this specific chart. I really just like how it's set up right near all-time highs, and it's formed that large base. And we think that on a breakout, it could really run here, no pun intended.

JAKE MERL: So, what key levels are you looking at to make this trade? Where do you enter? What's your target price on the upside, and do you have a stop loss just in case things don't go your way?

PATRICK DUNUWILA: Sure. So, I'll start with the stop, $16, $16.10 to be exact, would be where you want to be long, and you want to be out if it's below that level. That's your risk level. Entry, $17. 13 or better or below between that range. And as far as targets go, we think $21.16 is a good price target. And we got that from taking the one 161.8 Fibonacci extension from the 2018 decline. And that projected it up to that $21.16 level that we got. And I want to note that just for the sake of being tactical and having a price target, we put that there, but we think it could go even further than that. But that level would be a good place to reevaluate your position and possibly take some profits

JAKE MERL: And over what time horizon do you expect this to play out?

PATRICK DUNUWILA: Yeah, as long as you obey those risk levels, we think the trade is good. But I'd say the next quarter.

JAKE MERL: So, what would you say is the biggest risk to your thesis?

PATRICK DUNUWILA: The biggest risk, obviously, we noted that broader market risk. There's that flat 200-Day Moving Average sloppy price action. So, you could get whipsawed out. As long as you obey those risk levels, we think it's a good trade. And in the event that it does stop you out and then gets back above that level, we think you could be long again.

JAKE MERL: Well, Patrick, that was great. We'll see how it plays out. Thanks so much for joining us.

PATRICK DUNUWILA: Thank you for having me.

JAKE MERL: So, Patrick is bullish on Sunrun, ticker symbol RUN. Specifically, he likes buying it at $17.13 with a stop loss at $16.10 and a target price of $21.16 over the next three months. That was Patrick Dunuwila of The Chart Report and for Real Vision, I'm Jake Merl.