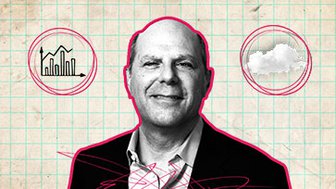 Rick Bensignor, founder of the Bensignor Group, breaks down the…

Chad Morganlander of Washington Crossing Advisors returns to Real Vision to update his home-run call on Treasuries from February 2019 ("Bullish on Bonds"). In this interview with Jake Merl, Morganlander highlights slowing global growth, recent Fed commentary, and a handful of macro indicators around what is becoming one of Wall Street's most popular trades. Filmed on June 5, 2019.

JAKE MERL: Welcome to Trade Ideas. I'm Jake Merl, sitting down with Chad Morganlander of Washington Crossing Advisors. Chad, great to have you back on the show.

CHAD MORGANLANDER: Thanks for having me on, Jake.

JAKE MERL: So, you've been on the show a couple different times over the past six months. And you were last here in February with a bullish thesis on bonds. You said the 10-Year Treasury would fall below 225. You pretty much nailed the downturn over the past few months. Can you please briefly review what macro factors you were looking at to make that call?

CHAD MORGANLANDER: So, Jake, it was really quite simple. We have a call out that global growth was going to moderate and in particular, on the emerging markets side. Also, we'd thought that the developed markets side, in particular, the eurozone was going to continue to struggle and inflation expectations were going to continue to drop. Also, the third component of this and I think that people are under appreciating this, Jake, is that yield differentials do matter. And now that you continue to see the German rates now on a 10-Year at negative 20 basis points, that could continue to be perhaps a gravitational pull lower.

JAKE MERL: So, what's your current view of the global economy? Do you think the slowdown is going to continue?

CHAD MORGANLANDER: Yeah. Look, you don't need a global recession or a US recession for the 10-Year bond to go down to 175, or particularly 150. Like I mentioned before, it's just about yield differentials. And as well about EM, we continue to believe that you're going to see a perhaps additional rally within the bond market where yields go down across the curve overall that could happen in particular in three months or six months. But also, our intermediate viewpoint, which is a year out is that you'll continue to see lower yields overall in the United States.

JAKE MERL: So, we've already seen this dramatic move down almost at 2%, would you be entering at current levels? Or would you be waiting for a pullback to get involved with bonds?

CHAD MORGANLANDER: So, if you do see a pullback of five or 10 basis points or 15 basis points, we would add to our existing positions. If you're new to the to the trade, we would perhaps sold off. One of the startling things that is happening here is that you're not really seeing a tremendous amount of financial stress within the system right now. You're not seeing credit spreads gap higher or disorderly CLO market or equities really plunge? This is all happening based off of we believe this perception that inflation and credit growth on the EM side, China will just moderate or actually decelerate rapidly.

CHAD MORGANLANDER: So, we continue to be bearish on EM side. In particular, I know that there's a lot of hope that there'll be a fiscal stimulus that comes out of China. Even if that happens, we believe that will be short-lived. We believe that within the Chinese economy, or this financial system, similar to another contributor that you have, Kyle Bass, that they're going to continue to struggle. In particular, we think credit growth there will be somewhat sluggish overall and matter of fact, we may see it actually contract over the next three years. That will have enormous impact on demand, aggregate demand, global aggregate demand. So, this right there is a stumbling block for we believe investors that think that yields have to go higher. Until they can answer that question, honestly, where credit growth is going to come ex-China, then I think that bond bulls will continue to do well over the course of the next 24 months.

JAKE MERL: So, would you be shorting emerging markets here? Or would you just be betting on bonds?

CHAD MORGANLANDER: So, we're a long only portfolio, but we would avoid EM for macro hedge fund. You may want to look at certain parts on the EM side, different sectors that are over-levered too short. That's not what we do. Also, we would avoid potentially high yield bonds at this point, because if commodity prices drop based off of the global backdrop that I'm talking about, then you're going to see perhaps some difficulty within some of the highly levered oil and gas as well as other sectors that are dependent upon an ever- flowing credit system that is nice and tranquil.

Again, like I said, we started our team, my partner and I, we do this work. And we really believe that you have to just be careful at this point, within the economic cycle here in the United States, and also, within the global credit cycle. Just be cautious. Don't be a cowboy.

CHAD MORGANLANDER: Well, this is a funny thing to think about. Because, of course, EM equities for us would be something to avoid. But even EM bonds, in particular, within China, I know that there's a lot of esoteric instruments that private equity firms are buying. I'm just trying to square how you're going to be getting that claim against that asset if things go belly up within China. So, we would again, for more sophisticated investors that are poking around in China, ask yourself, how am I going to get that claim against my asset if there is a major trade disruption, or maybe a major credit decline? I would be much more cautious at this point.

Again, not overly bearish here in the United States, but you just want to start slowly or move your money to more dollar denominated assets that are more steady and predictable.

JAKE MERL: So, you're not calling for a recession, you're just saying this is more of a continuation of the slowing of growth, right?

CHAD MORGANLANDER: Yeah. Well, this is a global deceleration of growth going from a three handle. I think at the beginning a year, the IMF had a 3.7 down to 1.7, could actually feel like a recession in regard to business trends, trade volume and whatnot. We're not calling for a recession right now here in the United States over the course of next three to six months, but we can see a pronounced slowdown, which will, we think, push the Federal Reserve to become much more dovish over that period of time.

JAKE MERL: Do you think they're actually going to cut rates in 2019?

CHAD MORGANLANDER: Yes, cut rates. We don't think that they'll hit the panic button until they start to see financial stress within the system. I think that there are three mandates, of course, full employment, inflation mandate, and the third mandate is do no harm, and make sure the credit markets and the overall US financial system is quite tranquil. And although they don't mention that, they strongly signaled that in particular yesterday with Jerome Powell speaking.

JAKE MERL: So, what would you say is the biggest risk to your thesis?

CHAD MORGANLANDER: Well, the biggest risk is that China continues to grow. Credit growth becomes quite ebullient in other parts of the EM on the EM side, inflation expectations start to improve. And that could, of course, derail our whole bond and fixed income outlook. Also, I would say that if you get fiscal stimulus within the eurozone, that's quite pronounced, which we don't forecast, it will happen as our baseline. That could also perhaps, juice up the global economy and give at least a second wind to fixed income in regard to rates going higher, and in particular, some risk assets moving higher.

Last thing, I think, is the Federal Reserve. The Federal Reserve starts to really become dovish. They start to really extend on their balance sheet again, and drop rates by not 25 or 50, but 100 basis points. That could also add to that speculative fervor that we've seen the past.

JAKE MERL: Chad, can you please break down this thesis in 30 seconds?

CHAD MORGANLANDER: Global growth is decelerating. We continue to believe that to be the case, in particular within the emerging markets. Even if you get a trade deal, long end of the curve, we continue to believe is going to be attractive, even with this terrific move lower, and investors should perhaps start to become much more circumspect about the risk that they're taking. Either you'd be a long only retail investor, or a global macro hedge fund that's utilizing derivatives.

JAKE MERL: Well, Chad, that was great. Thanks so much for joining us.

CHAD MORGANLANDER: Thanks for having me, Jake.

JAKE MERL: So, Chad is bullish on treasuries. Specifically, he likes buying the 10-Year Treasury at current levels and thinks the yield could hit 175 over the next six to nine months.