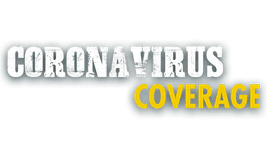 Will the coronavirus cause the everything bubble to pop, trigger a global economic depression, and be the impetus for major systemic changes? Follow the epidemic here for the latest updates and in-depth analysis on what could be the “biggest economic event of our lifetimes.”

Critical Market Context for the Week Ahead

There doesn’t seem to be a time in recent memory where Wall Street and Main Street have been so estranged from the other.

Even with many macro indicators pointing toward prolonged economic suffering, cutting deep into the real economy, Wall Street is coming out of one of its best performing months in decades—a 12.7% gain on the S&P 500, 13.7% for the Russell 2000, and 15.7% for the NASDAQ Composite. All of them are more than 30% higher off of their yearly lows.

All of this comes on the heels of a 2020 Q1 GDP estimate of -4.8% and a new total of 30 million unemployment claims since the beginning of the nationwide lockdown.

Despite this harrowing data, it’s quite clear markets are pricing in a quick bounce back in the economy. With some states and regions already open and many more to follow in the coming weeks, bulls are counting on resuming business as usual shortly thereafter because they’re relying on the Fed and the government to keep the economy afloat.

The Fed had released a statement last Wednesday, detailing how they are not going to make any rate policy decisions for the time being. However, they are monitoring the situation closely and will continue using their full range of tools as necessary to mitigate the situation. On April 24th, President Trump signed off on the second round of stimulus, specifically aimed at replenishing the Payroll Protection Program and providing additional funding for hospitals and nationwide testing. The average size of a PPP loan provided has shrunk to $79,000 as opposed to $200,000+ average from the first round of funding, and the SBA has already allotted over half of the additional funding in its first week.

In reality, these grand-sweeping measures, however, cannot save all—and it’s not just the little guy who faces substantial risk. J. Crew was the first large retailer to declare bankruptcy as they struggled severely during this outbreak.

While the privately-owned company had its own unique struggles going into this period of volatility, it’s the first domino to fall—other companies like Hertz are on the verge of declaring bankruptcy as well.

Even mega conglomerates like Disney are not safe from COVID-19’s reach, and American consumer behavior already has shifted dramatically—which further creates the dividing line between companies who may win out and those who will ultimately lose.

The diversion from fundamentals and the real economy may come back to bite Wall Street down the line. When that will be remains to be answered.

CORONAVIRUS: WHAT YOU NEED TO WATCH