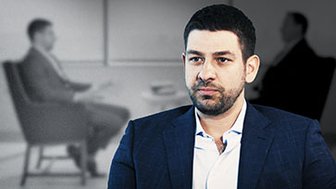 Marko Papic, partner and chief strategist at the Clocktower Group,…

Christopher Balding, associate professor at Fulbright University Vietnam, delves into the many layers of the Chinese economy with Mike Green of Thiel Macro. Balding and Green discuss the inconsistencies in the overarching bullish narrative on China, and explain how the debt machine works in the Chinese real estate markets. Filmed on August 27, 2019 in Los Angeles.

In the bureaucrats' minds. Debt is not a problem as long as they can essentially always stay one step ahead of a plate that might fall off.

China, in some cases, was responsible for 50% or 75% of global growth in trade in some of these areas, and that's essentially been cut off.

MIKE GREEN: Mike Green for Real Vision. I'm here in Los Angeles. I'm going to get the chance to sit down with one of my friends, Chris Balding. Chris was a professor at Peking University in Shenzhen, and has been one of the more vocal Americans who's come back from China in terms of the underlying dynamics of the CCP, and the truth that underlies China's statistics. I really am looking forward to getting his thoughts on what's going on in the world today, particularly as it relates to the dynamic between the US and China. I think Chris is going to have some really interesting insight and I really hope that we are able to push forward in terms of what's likely to happen next.

Mike Green. I'm here for Real Vision in Los Angeles, and I'm sitting down with Chris Balding, who most people that watch Real Vision probably have heard something about you either on Twitter or in the news, but you and I came into contact over Twitter. Your background is as an economics professor who was based in China, and started talking very openly about it. First, how did you end up in China?

CHRISTOPHER BALDING: The first time I ended up in China was one of the greatest stories. My wife had a job here in LA doing homes for rock stars. She had a very bad job she wanted to get out of and so I actually pretended to be her sending out her resume. She got a US-based headhunter that offered her a job on Wednesday, and she had to be in Beijing to start Monday morning. I still remember the conversation telling her, "Honey, I might have found you a job. It's in Beijing." That conversation did not go super well the first time, but we ended up going to China for 9 years and had a great time.

CHRISTOPHER BALDING: Actually, no. I actually went over really knowing even then, after a couple of months in China, knowing very, very little about China. As a junior professor, I was focused on knowing the very standard, turn out journal articles and academic books and things like that. That's really what I did for the first, probably almost 5 years of my career there at PKU.

MIKE GREEN: What started the change at Peking University? What led you to start speaking out and writing about some of the concerns that you had in terms of-- whether it was China accounting issues, or whether it was China's behavior on a national account basis? What was the trigger?

CHRISTOPHER BALDING: The first couple years, I would say really 3 to 5 years that I was there, I really felt like I knew so little, that I was just really learning and asking questions and everything like that. I remember-- and I don't mean to pick on this guy, but I remember Joe Biden coming to China and writing an article in The Washington Post or New York Times about how China was the future and the US needed to emulate them. At that point, having lived there for-- I forget the exact timeline, 4 to 5 years, I was like, well, this is what's being written in the US press and this just isn't matching what you're seeing on the ground-- whether it was inflation data, or whether it was all the underlying problems that weren't being addressed. That was really the first time I started just blogging. At that point, I think it was just my mom and a couple of her friends that were reading what I wrote.

MIKE GREEN: Your mom obviously liked it, you kept writing. Did you encounter blowback in China immediately, or did that build over time?

CHRISTOPHER BALDING: Honestly, without any hesitation, I can say I never had the school really push back on anything I wrote about China. I'm sure that people at my school got phone calls about what I wrote. I can honestly say I never got any pushback. The only time that I know of that I got pushback about things that I wrote about China was really involving China only tangentially and that was when there was a case where there was a gentleman in Singapore that hung himself and here was some question as to whether or not it was potentially Chinese military that might have been involved in his death, we still don't really know to this day.

He had told friends that he was being pressured to work for Chinese military in high grade microelectronics work. I had written about Singapore, and I knew some of the cast of characters that he was involved with, and they were Chinese military industrial companies that their armor, their weaponry is really involved in really almost any hotspot in the world. I mentioned them in passing about with this Singaporean death. Other than that, honestly, nothing I wrote in China did I get any real official or unofficial request to take anything down.

CHRISTOPHER BALDING: The decision went like this. In this late summer of 2017, I had started a petition about Cambridge University Press censoring some of their articles on China and I had created petition for foreign universities and academics to just reevaluate their relationship with China. I was scheduled to start teaching in November 2017 and the way it worked at our school was they would open up the registration system for students to register for classes about a week to 10 days beforehand.

I had been in touch with the school in the spring, summer, and early fall about my class. When they opened up the registration system, I started getting emails from students. I was going to take your class, Professor Balding, but it's not listed. I emailed the school, and they said, oh, well, we'll check into that. Mind you, this was roughly a week to two weeks after Chairman Xi was reelected for life, and the next day after emailing the school, the school informed me that I was no longer teaching in all of 2017-'18 and my contract would not be renewed at the end of the year.

I suspect, I don't know that that was, for lack of a better term, a decision that was taken outside of the school to terminate my contract. The school and I had had, like any normal working relationship, there've been issues over the years, I don't think there was anything there that had been significantly outside of ordinary or anything that was unresolvable.

MIKE GREEN: To the extent that you and I have talked over the years about some of these dynamics, one of the sources for a lot of your information on a lot of the questions that you delved into were your students. You had it sounded like you had a very good relationship with most of your students and were well respected certainly as a teacher. When I looked up your reviews at Peking University-- I'm joking, I didn't look it up, but it did feel like this is a fairly sudden acceleration in terms of your relationship with China more broadly.

CHRISTOPHER BALDING: Yeah. I think one of the things that even for me, I think it was very informative. You really begin to feel