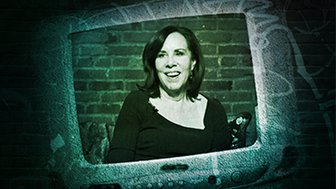 Denise Shull of the ReThink Group shares why quantitative traders…

Rick Bensignor, founder of The Bensignor Group, says one of the best ways traders can deal with emotions is to ask themselves: Who am I? He suggests new traders should journal every trading decision and highly recommends taking a step back from the market during losing streaks to regroup.

RICK BENSIGNOR: My name is Rick Bensignor, I'm CEO and founder of the Bensignor Group. This is a company that consults to institutional Wall Street portfolio managers. Also last year, started an individual investor newsletter to help them get access to models that typically only institutions have. And I also do performance coaching for financial advisors on the street.

Part of the way that you can deal with emotions is understanding and growing up and facing yourself and knowing who I am, what I'm doing, and am I an adult or still an overgrown child? When you reach the point that you're actually an adult, you can start dealing with yourself and as adult, and as so, you behave differently. I know of people who are still 50-year-old traders who are 22-year-old kids at heart. And when you talk to them, you still think you're talking to an overgrown kid. And those people generally are not successful traders.

So, part of it is dealing with the emotions. It's sometimes, if I'm doing a lecture on this, I'll say it's almost similar to an alcoholic who finally gets the fortitude to go to an AA meeting, because they've now finally admitted, I have a problem, I need to deal with this. Enough of all the stories I can tell myself and I'm not really this, I'm not really that. They've grown up and said it's time to deal with it.

It's the same thing when it comes to trading. And all the emotions because God knows the- everything you are as a person comes out in trading and the emotions are there. And I thought it was right and I'm wrong. And I'm stupid, and I can't do this. And I've lost seven days in a row. And will I ever get this game right? And the talk in your head just goes on and on and on.

Talk to the best traders in the world, they'll tell you, yeah, that used to happen to me in my 20s but not now. I got past that. Because I understand that this game is a flip of a coin. And if I do my analysis correctly, I can sway the odds a little better in my favor. But it's a hard game. It's certainly not easy. Intellectually, it's easy because all you have to do is make a buy or sell decision, it's a lot harder being a brain surgeon or building your- having the knowledge to build a bridge than it is to be a trader because a trader has just some simple decisions to make.

But it's dealing with all the emotions that come in the way that affect your success and/or create failure. And how you deal with that is really what ultimately makes you a good trader, or one who just generally contributes money to the marketplace, because they've lost money.

So, how do you correct a bad period that you go through? And it happens to everyone, the best traders in the world can go through a few weeks, months, that stuff just not working right. One thing is to take a step back. Usually, it's taking some time away from the market. And even if you're a professional trader and that's your only source of income, you go you can't afford to take a two-week vacation, you probably can. Because if you keep trading the way you're trading, you're just going to keep losing more money.

So, part of it is to take a step away, regroup, and I'm actually a fan of meditation, I'm a fan of anything that gets you to reground and focus more on yourself. But I don't mean the neurotic part of yourself, but just where you get grounded again, become whole with yourself, analyze what you've been doing. And sometimes people ask me for a new trader, what would you say to new traders, how do they learn to be good traders? And the answer is one that's been said for 50 plus years, but I'm going to agree with it, journal everything you do in the market, every buy and sell decision you make. And every decision you choose not to make.

So, I was going to buy it, but I held back, write it down. Why did you do it? After week, you're going to have a bunch of things that you can read. After a month, you're going to have a fatter book of stuff. And over time, you're going to start seeing there's certain repetitive patterns that- this situation keeps coming up. And I do that. Now, when this happens and I do that, did I make money or lose money? If I made money, then my analysis is correct. If I'm losing money, I need to change what I'm doing because if I keep doing it over and over again, right, I'm going to have the same results.

You'll never remember all the trades you did and why you did them. So, if you actually read them down, it's therapeutic in a sense, you're expressing your emotions and what you were thinking about, as you were making those decisions. It's a good way to get in touch with yourself.

And I know it sounds like very- I can't think of the word- but like old-fashioned or something but the reality is, it's your way of getting in touch with yourself of what you're doing and the decision-making that you're doing and why you're doing what you're doing. And it's a good way of kind of seeing what patterns you do. And then you can see, 20 times I did this and 16 victories in the market. That's a good thing to be doing. 20 times I did that, and I lost 14 times, it's probably not the right thing to be doing. So, actually, keeping a journal of what you do as silly as it sounds is the best thing you can do.