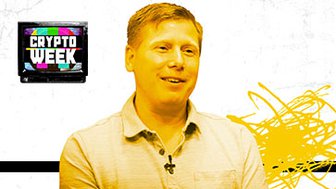 Barry Silbert, founder and CEO of Digital Currency Group, and…

Roham Gharegozlou, CEO of the blockchain technology company Dapper Labs, joins Real Vision to talk about CryptoKitties, how the open source technology has allowed developers to create a thriving digital ecosystem, and what the success of CryptoKitties might mean for the future of the gaming and crypto industries. This clip is excerpted from a video published on Real Vision on June 20, 2019 entitled "CryptoKitties CEO on Value, Gaming, and the Blockchain Use Case."

ROHAM GHAREGOZLOU: So, CryptoKitties is the most successful blockchain game, really, because of the community that has been created around it. In a sense, we could never create the game and as it currently exists without blockchain. Without blockchain, nobody would believe the commitment that we've made that hey, we will not make more than 50,000 Generation-0 cats. Because of the blockchain, that is a commitment even we cannot change. And so, that gives these assets value in a way that it really was impossible for a small company like ours to do previously.

Similarly, this concept of a peer to peer economy, if you think about Fortnite, if you think about any modern game that you download on your phone, you can buy things. You can never really sell them. You can go online and try to through third party marketplaces, hock your account and things like that. But the possibilities for fraud are high. The possibilities for actually getting banned by the game maker are high because you're contravening their terms of service. Because of blockchain, when you buy a crypto kitty, it's hundred percent yours. And we couldn't stop you from taking it into a third party experience, even if we wanted to.

And that final concept is the reason that the Kittyverse even exists. Before CryptoKitties was even a platform that people knew that they could trust, they started building on top of it. And the reason is they knew we couldn't stop them. The folks that made KittyHats, one of which actually works here right now, knew that we couldn't stop him from creating this concept and giving it to our customers. And in a way, as a developer sitting by himself, this was the best way for him to be able to reach a new community and be part of something bigger without actually having to reinvent the wheel himself.

So, we created CryptoKitties to make it simple and let people understand blockchain in a different way. For example, to illustrate this concept of digital scarcity, this concept of limited edition digital objects, we created 50,000 Generation-0 cats. And everybody could tell from the day one of the game that they can never be any more than 50,000 because the rules of the software won't allow it. And so, these Generations-0 cats throughout the bear market of 2018 actually kept their value better than Bitcoin did for this reason.

And another example of how CryptoKitties helps people understand blockchain better is if 85% of transactions within the CryptoKitties' network are between players rather than between players and us. And this is much more of a Napster-like game than a Spotify-like game. And it lets people understand the concept of a peer to peer economy rather than a centralized economy.

The third, and I think my favorite way where CryptoKitties is starting to show the potential of blockchain in a way that can be easily understood is this idea of extensibility. So, because the blockchain software programs run out there in the open, anybody can build on top of them without taking this thing that we call platform risk, without taking the risk that the creators of the software can cut them off. For example, within weeks of launching CryptoKitties, we had folks building third party applications like KittyCalc. Now, we have things like KittyRaces, we have KittyHats, we have Kota Wars, which is the ability for people to actually fight their cats together.

And all of these developers are actually creating an ecosystem, an economy on top of CryptoKitties in a way that shows the owners of CryptoKitties, these users the power of blockchain, the power of open source services that can live out there, be accessible by anybody, and eventually, be recombined by developers in new ways, creating more choice for the consumer.

Yeah, the Kittyverse is essentially this global community of developers that are building applications for CryptoKitties. Most of them are hobbyists, they're hackers. They're independent Ethereum developers. But we also have academic institutions. We also have people who are trying to use CryptoKitties to teach the value of blockchain but also the path to building on top of the blockchain. And recently, we've also had professional gaming companies that are reaching out, wanting to both license their crypto kitties IP, as well as develop on top of the platform.

And the reason people are doing this is that the community is a cohesive community of folks that are willing to spend in order to invest in their experiences, in their cats. And in a sense, because blockchain is a fabric of value, because these cats as tokens already hold value. It's relatively straightforward for third party developers to be able to have their own business models on top of ours. For example, KittyRaces charged per race, KittyHats allowed artists to design clothing, whether they're hats or glasses or a variety of accessories for cats and sell them to kitty owners and make a piece of the profit.

So, in this sense, because blockchain is such a by nature a token-driven economy, it makes it a lot it easier for folks who are already part of the network to spend on complimentary experiences without affecting- I should mention, our experience. There's nobody can corrupt your crypto kitty, no third party developer can build something that takes something away from you, they can only add to the experience that we created.