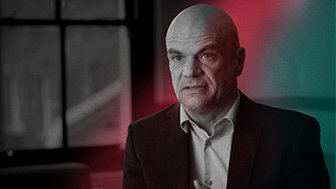 Does QE stand for 'Quantitative Easing' or 'Questionable Euphoria'? Christophe…

Raoul Pal's long bond position has been paying off, but it's not done yet. As global economic conditions continue to deteriorate and the Fed completes its policy U-turn, yields should fall further. The next phase of the framework will see stunning opportunities emerge in the FX markets, where sensible alternatives to the dollar remain scarce. Filmed April 1st, 2019 in Grand Cayman.

RAOUL PAL: Everybody tells me the US economy is nothing to worry about. Everybody tells me the yield curve being as low as it is not a concern. It's different this time. The global economy is a big issue for the US. All the data is very clear. Europe is pretty much in a recession now. Germany is certainly in recession. All of the work that I do strongly suggests to me that this weakness has not finished.

Back in August 2018, I published an expert view on Real Vision called "Macro Is Back." And my thought process at the time was that the global economy was weakening and the Fed had over-tightened. That was not a very popular view at the time and still probably remains not a popular view. But for me, the signs were super clear.

What I could see is that the rate of change of LIBOR had gone up exponentially. And that rate of change actually drives the business cycle. So it's not about the actual level of rates, but the change in rates. And that was an important point that I think the market hadn't noticed.

From that, I was seeing that, particularly in the US economy, things were changing in the margin, particularly in big-ticket items, things that required financing, be it recreational vehicles, car sales, durable goods orders, and a number of other things. We could see that these big-ticket items were struggling as people were struggling with the increase in interest rates.

My view then was, OK, this could have some knock-on effects, and the global economy looks like it's weakening. We had trade wars that were starting to reverberate around the world. And I thought, OK, this is something that is incredibly macro, and opportunities should arise from it.

A little bit later, I wrote a piece for Macro Insiders which became pretty well-known. And I coined the phrase "buy bonds, wear diamonds." Now what that means is if you buy bonds, you're going to be wearing diamonds, 'cause you're going to be making so much money. That's an old market expression from the '80s, in fact. And I thought it was particularly useful to explain the singularity of that opportunity.

The bond trade was one of the best trades I'd ever seen. I'd been pounding the table in Global Macro Investor, Macro Insiders, and on Real Vision to say, listen, this is the best trade in the world. What was interesting is so few people believed in my story that people fought me tooth and nail. And eventually, luckily, it worked out. The bond market rallied extraordinarily.

So eurodollar futures, which I had been a big part of, and the TLT and US 10-year bonds and US two-year bonds, the whole lot rallied. For Global Macro Investor, I was long, Australian bonds, I was long, UK interest rate futures, I was long, German bunds-- you know, that whole trade was a really big trade for me.

So now we come into the year, and that trade continued into February and into March. And now suddenly, in the last few days, we've seen a reversal. So where are we now? That's the key thing we need to look at and where the opportunities may lie for the future. Again, I do note that almost everybody has the opposing view to me.

I spend an enormous amount of time-- I've just written Global Macro Investor today over the weekend-- and I spent a lot of time going through all of the charts. And from what I can see is the trends that were there last year are still in place. So we're still seeing slowdowns in car sales, in housing, in recreational vehicles, in durable goods, in retail sales. In fact, it's everywhere across the US economy. We're seeing it in the ECRI, which is the business cycle index. That is still weakening. We're seeing incredible falls in exports and imports all across Asia as trade wars and a slowing China take hold.

So all the data is very clear. Europe is pretty much in a recession now. Germany is certainly in recession. The PMI has been in freefall. The bond market has been rallying like mad. But again, people don't really want to add two and two together. So most participants are now saying, yeah, but the US is going to be fine, because the last GDP print was about 3%. It looks like Q1 is actually going to come in somewhere closer to 0.

But again, much like many other Q1 prints driven by the oil inventory cycle and the shut down of the refineries, everybody is now looking through it and saying, well, Q2 and Q3, they're going to go back up to 2.5% or so, and everything is fine. That's the bet the market wants to take. That's why the bond market is selling off. We saw a little bit of positive news out of China. The PMI nudged higher, and everyone said, oh my god, this is amazing. But is that narrative correct, or am I correct?

Now I'm always terrified when I stick my neck out like this, because I can always be wrong. But all of the work that I do strongly suggests to me that this weakness has not finished, that the yield curve, as I talked about back in August, is essentially inverted. And it's inverted because of the ultra-low rates.

And I've just done some work again for GMI on this. And I think the curve inverted in the ultra-low rates environment at around 65 basis points. So it's been inverted for a while. It means a recession is coming sooner than people expect. All of the evidence I can see suggests that this correction in the bond market is just the narrative of those who are more economically positive than I am at this phase.

I'm kind of indifferent whether we go to recession or not. What I am really looking for is that the Fed are going to start being much more bullish for interest rates than they have been. So they've moved to neutral. And now we're starting to hear the noise about a cut. I think that is what I'm looking for next as the narrative shifts towards a cut. And then we'll start also removing QT.

So these things, I think, are coming. And I think this pullback in the bond market and the euro dollar market really is going to be an opportunity to add to that trade. This is really the first meaningful pullback we've had in quite some time. And the move we've had has been extraordinary. It's been incredibly profitable for those of us who've been long bonds.

So I think, in the bond trade, we should be looking to add. I think really, having traded these kind of bond moves for a very long time-- I mean, I traded this exact thing back in 2000, 2001, and also 2007, 2008-- for me, I know that these pullbacks don't last long. They last a matter of days. And before you know it, the bond market's rallying yet again.

You can see from the chart of two-year bonds, from this