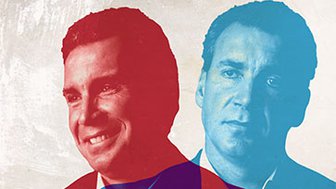 The End Game for Bubbles and Anti-Bubbles

Raoul Pal, CEO of Real Vision, provides an update to "Recession Watch." He offers a candid snapshot of all the major macro movements unfolding right now, and reveals the major inflection points in currencies, European banks, bond spreads, and more. He also provides a poignant reminder of what’s at stake. Filmed on August 12, 2019 in New York.

RAOUL PAL: I didn't think about two weeks off the recession watch, I'd have to do a Recession Watch update. The things are moving fast. And I had that sense in recession watch that things were going to start accelerating in August. And it's typical because I'm just about to go on holiday. Normally, when I go on holiday, all hell breaks loose. But in macro terms, the technical term for what's going on right now is a shit ton. There is so much going on, I can't quite get the grips with how much is moving.

We've seen the Chinese tariffs situation, we've walked apart from that. The Chinese have allowed their currency to go through the seven level, that's a really important thing. It means that the dollar strength story is in play. Yes, it's a little bit choppy right now but focus, look at things like the Australian dollar. Things I've mentioned before in the previous pieces, that's now falling like a knife through butter. We're seeing the same with a Korean won, which is like the Asian weakness trade, the global trade issues. That's all underway now. And the Korean won is starting to accelerate in its weakness.

That knock on effect of the dollar rising, yeah, it's a bit choppy in the Euro. But it'll probably play out. There's a lot of people that have Euro funding trades on against things like Mexican peso, all that needs to get washed out first before the Euro can start falling, or come on to Europe in a minute because it's a big part of the story that's developing. But in Asia, that data is incredibly weak. So, some of the bounces that we're fearing, they're going by the wayside. I do not see any recovery in the data, I see further deterioration of conditions, particularly in Asia.

We're seeing it in China, we're seeing it in Korea, Singapore, Taiwan, all over the place. The tensions in Hong Kong don't help either. They're ratcheting up things even further, the risks are that America says something about Hong Kong status as a sovereign territory. That would be an enormous issue. Everybody's fixated, are the Chinese going to walk into Hong Kong? This is something on Real Vision that Kyle warned us about months and months and months ago, about where this was all leading.

So Asia is moving fast, the currencies are starting to break down and