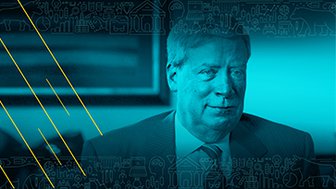 This week’s episode of "The One Thing" is the second…

Does cannabis present a generational opportunity for investors? AK takes a look at the budding industry and breaks down Tony Greer's recent interview with CB1 Capital's Todd Harrison.

AK: Recently on The One Thing, we looked at volatility as an asset class. This week, we're going to look at an industry notorious for its volatility- the cannabis market. According to cannabis market cap, the total combined market cap of all the cannabis equities has gone from $60 billion to $85 billion and down back to $75 billion all within six months. That type of volatility is no joke. Well, volatility is a double edged sword. So, drawdowns provide opportunities for some real lopsided growth.

Now, there's a lot of roadblocks to cannabis adoption like legalization, regulation. So, basically, we're in the second inning of this game. It's real early still. Last week, Todd Harrison sat down with Real Vision to talk about the current setup and the future of the cannabis industry. We're going to break that conversation down in this week's episode of Real Vision's, The One Thing.

What's going on, investors? AK here. People have been getting louder and louder about legalizing weed. Opinions have really changed over the last few years. And as you can imagine, everybody has an opinion. Today, 10 states have legalized recreational marijuana and 22 more have decriminalized it and it seems inevitable that it will eventually be legalized at the federal level too. A majority of Americans actually support cannabis legalization, whether it's recreational or medical.

TODD HARRISON: In terms of the science, which I agree, informs our decisions, and we look at the cannabis landscape really and say okay, well, there's the CPG story, and everybody seems to be starting to understand that more. That's beverages, nutraceutical, cosmetics and vanity, pet supplements, there's a lot of they're there on the consumer side with a more traditional CPG model. And I think more people are starting to understand that this isn't about smoking cannabis, but about eating it and drinking it and rubbing it on and taking bubble baths in it.

There's a lot of form factors that aren't going to provide that cardiovascular, those cardiovascular concerns that come along with smoking. That is starting to get unpacked right now on Wall Street. We're looking really through that. And what's going to take a bit longer from a tail standpoint is really that clinical evidence. As this moves from drugs from state dispensaries to medicine prescribed by doctors covered by insurance, that takes time because of clinical trials. There's over 100 clinical trials right now.

So, we saw GW last summer get the first FDA approved plant based medicine for childhood onset epilepsy. We think that that's the tip of the iceberg in terms of indications, and whether that is brain cancer or autism, or traumatic brain injury or Alzheimer's, we think all of that is on the horizon, obviously, as you can tell by the narrative. Doctors want proof, obviously, before they get involved. So, this has to go through that Western medicine protocol.

AK: Cannabis' medicinal properties are not fully explored and a lot of times, they're just ignored and of course, there's a reason for that- because the medical community needs proof that it actually works. People's lives and well-beings are at stake here. Proving the drugs are effective and safe is a huge process that takes a lot of time and money. It's tough to bring a new drug to market especially considering the FDA and all the regulatory hurdles. More research needs to be done into how different cannabinoids affect the human body, but they are actually naturally occurring. Here's Harrison explaining the body's endocannabinoid system.

TODD HARRISON: The endocannabinoid system, it helps to regulate neuro transmissions a big deal, was first discovered in the early '90s, call it '91-'92. I was graduating college. So, this is not something that is well-understood. And certainly, the uptake in medical schools hasn't been there. So, I think the medical community is starting to really understand the ECS, what the gap right now is the parallels between the plant, people and pets.

So, that part still needs to be understood by the medical community. That's the exciting part going forward is the health and the wellness benefits is this comes off the blacklist that's been off for the last 90 years.

AK: The iron curtain of cannabis prohibition is being lifted and opinions are changing fast. Just look how long it took American politicians to realize how strong the movement is behind cannabis before they finally just flip flop their positions too. Every single Democratic candidate for the 2020 election supports legalization. So, don't be surprised if you see Trump and the Republicans shift their stance too just to take ammo away from them. Politics are one thing though, but reality is another. And the reality is that there's a ton of opportunity in the cannabis space.

Harrison suggests that 99.99% of people invested in the cannabis industry are retail investors. According to Harrison, institutional adoption is going to set the tone for the rest of the adoption curve. Like I said at the top of this show, we are in early stages here. Listen to Harrison explain what private and public institutional adoption might look like and how big the opportunity is.

TODD HARRISON: People right now, you talk about the chasm between perception and reality, that's where the profits are. So, if we look at this and say, okay, well, all market moves are characterized by denial, migration, panic. Well, it's federally illegal, most people think it's about getting high. And you just turn on the TV and everybody's going to tell you what a farce this is, okay. What's that cusp into migration? I think it's banking. And then you're going to see these financial products, you're going to see Wall Street, the Wall Street-ification of cannabis, which will allow for institutions to or for Wall Street analysts to cover it, which will give the cover your ass for institutions to invest in it, because they could point to Goldman or Morgan and Bank of America and say, no, they said to buy it. So, we can buy it now, because that's how Wall Street works.

And we think that migration is going to be powerful. We think that last phase- denial, migration panic, that last phase, panic, or FOMO is going to be triggered by the realization that this is good for you. That this not only- this doesn't cause cancer, this could kill cancer cells. And be careful saying that in this environment, because people look at you funny, but follow the science. And that's why we say follow the science. Can take some time, we think we're going to hear something even by the end of this year about brain cancer, but we'll hear it when we hear it.

If you follow the GW Pharmaceutical story, they couldn't release the secondary endpoints of their Phase 2 trial for glioblastoma or brain cancer, because too many people are still surviving. That was in February of 2017. It's now June of 2019 and we still haven't heard. So, there's a lot there. But again, right now, people are looking at this and saying this is a vice. This is a fringe thing. And this is not going to be a sustainable market. We look at this and we see a $2 to $3 trillion industry in a decade.

AK: So, there is huge growth potential in the cannabis industry. But there's a lot of hurdles to cross before that. But the best investors have always made huge returns by getting into an industry early. So, right now, total cannabis market cap is around $75 billion, but Harrison thinks the market can grow to $2 or $3 trillion. There are very few investment opportunities like this that offer 50 times on your capital. So, yeah, cannabis markets are young and risky, but they come with huge potential upside.

If you want to learn more about the cannabis industry and stay up to date on what's happening, along with any other great investment opportunities, then make sure you subscribe to Real Vision. I'll talk to you next week.