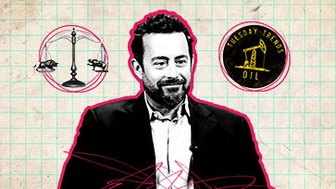 Steve Strazza, co-founder of The Chart Report, examines one industry group that's showing relative strength during the current market volatility: food and beverages. In this interview with Jake Merl, Strazza drills down on some key stocks in the space, discusses the technical setup for Wingstop in particular, and reviews the key levels traders should pay attention to. Filmed on May 14, 2019.

JAKE MERL: So, as we've seen, the market has taken a pretty big hit this past week or so. Although today, it looks like stocks are starting to rebound. We've made a short-term series of lower highs and lower lows, specifically talking about the S&P. So, given this market backdrop, are there any specific sectors or industry groups you're looking at right now during this time of volatility?

STEVE STRAZZA: So, a lot of market participants like to duck and cover when we enter periods of volatility like this, the way we like to play it as technicians is just take a step back, zoom out, remember that the structural trend is still higher and very much in place. And then we want to look for pockets of strength when we do get these pullbacks because they will offer some great opportunities on the long side in the right sectors or industry groups like you're talking about.

So, one way that I do that is just following my normal process. Typically, on the weekends, I'll look through different watchlists. To that, I always look at- I'll typically look at throughout the week also is all three of the Dow 30 components. And I look at a list of basically a lot of US ETFs that are basically sectors and subsectors and industry groups a little, some are thematic ETFs, niche industries. But in doing that, this week, this past week, after last week's selling pressure, something stuck out which was just very obvious.

I was looking through my list of Dow stocks and McDonald's was now the only stock on the list to make a new high. We had over 50% of Dow components make new monthly lows last week. And in that very rough tape, McDonald's actually made a new all-time high. It was its seventh consecutive weekly closing all-time high, which is pretty impressive. So, it's just been stair stepping higher. And that led me to look a little bit further and into the group. So, when I was looking at my US ETFs list, I looked at the food and beverage ETF. It's PBJ, also showing a lot of strength, had a bullish engulfing week last week, prices closed higher again for the fifth consecutive week in that ETF.

So, I drilled in and looked at the components there. And I realized that there's a lot of strength coming out of the bars and restaurants industry. And I drilled down from there into the Dow Jones industry list and I looked at the restaurants and bars index, which is DJUSRU. And what you see there is it's actually breaking out, if you pull up the chart, of about a seven-month base to new all-time highs. So, when we see something like that, that's a very long-term consolidation. And when it moves or resolves to the upside, it's probably going to have some legs.

So, then we drilled in further from the restaurants and bars index and I started to look for some components showing strength. So, you don't just have the largest names of that group driving the strength like Starbucks, Chipotle, McDonald's, Yum brands. There's also some smaller companies like Denny's, Wendy's, Darden Restaurants, and then Wingstop, which is the trade idea that I brought today.

JAKE MERL: So, going back to something you just mentioned before, you talked about the bullish engulfing candle. What exactly does that mean? And why is it so important?

STEVE STRAZZA: So, a bullish engulfing candle is a very positive signal. I was looking at weekly candlestick charts, it's a formation that will appear only on candlestick chart. And what it means is that the real body of the prior candle was engulfed, or the entire body was covered by the body of the following candle. So, basically, we opened lower and then closed higher than last week's opening and closing range. So, basically, it's a reversal signal that people will look for on a short-term basis.

In the case of the ETF PBJ, it's sitting about 3% off all-time highs. When you see that bullish engulfing there, usually means further upside. I just think it's another positive, another feather in the hat for this trade.

JAKE MERL: So, that in combination with the momentum, with the relative strength and that huge base, you think this is a good play right now?

STEVE STRAZZA: Absolutely. I think the whole space really, even if you look at PBJ, the ETF, it's got about 80% consumer staples, a lot of those names have been really performing really well in this environment.

JAKE MERL: And so, your trade idea for today is Wingstop. Is that right?

STEVE STRAZZA: Yes. So, Wingstop, ticker WING, basically when I was looking at the restaurant and bars industry list of all the components, in that industry, WING stood out as a very strong performer, really, since IPO in late 2015. What it did after IPO, and I brought along a long-term chart, which we could look at first. The weekly chart of WING, you see a nice base for about the first two years, and then it broke out in mid to late 2017. And I drew Fibonacci extensions from the 2015 drawdown. And we have hit I think three of those objectives already.

We had the 161.8% extension, 261.8% extension. And now we're seeing just below the 423.6% extension. And if you look at the chart, you'll see every time it hits one of those levels, it retest, pauses a little bit, digest those gains and just keeps moving. We have a nice upward sloping 200-Day Moving Average showing us that the trend is in play. We always want to be in the strongest stocks in the strongest groups, right?

So, what I did was I charted WING relative to the S&P, and you see that it actually just closed at brand new all-time high yesterday. And then I also charted WING relative to Dow Jones, restaurants and bars index. So, we already know that the restaurants and bars index is breaking out relative to the S&P. Now, we want to find the strongest names within that index and invest in those names, right? So, WING hit a new all-time high versus the restaurant bars index on late 2018. And it looks like it's just been consolidating nicely since and it's ready to resolve higher.

And then for more tactical trade, what I did was I drilled down to the daily timeframe. I actually, instead of using the Fibonacci extensions from the 2015 base, we retested that 200-Day Moving Average on the pullback in Q3 and Q4. We actually kissed it about twice, which you could see on both the daily and the weekly chart. So, I drew another Fibonacci extension based on the drawdown late 2018. And if you put the price target, the 261.8% extension, that'll get you to about $102.50 which is our price target.

JAKE MERL: So, I know you're a technical analyst, and this trade is purely based on technical analysis. But that being said, are there any fundamental risks to the trade? Or what would concern you if things don't go your way?

STEVE STRAZZA: In fact, fundamentally, I would say that people could be more comfortable knowing that this company, Wingstop, in particular, 90% of its business is really done within the United States. It has about 1100 branches in the US and just about 100 internationally. So, if you're looking for something that's not going to have a lot of headline risk, anything trade related, tariff related, it's this kind of name. At the same time, I want you to take that with a grain of salt, because we're seeing names like McDonald's and Starbucks, which do- McDonald's at least does the majority of their business overseas, and that's showing incredible strength. So, it helps you to sleep at night knowing that the stock is insulated from trade related headlines. And you get that with Wingstop.

JAKE MERL: So, what would you say is the biggest risk if it's not trade war related?

STEVE STRAZZA: There's really- the biggest risk would be a drawdown the broader market that would bring down high beta stocks like Wingstop.

JAKE MERL: But why hasn't that happened already? Why has WING outperformed while the market has been tanking?

So, that's a perfect place to define your risk. And if you do that and follow your risk management protocols correctly, then there's really not much risk to the trade. You have about 7% of downside. And based on our price target, we have 27% of upside, that gives you close to a four times reward to risk ratio, which we really like that's very favorable in this environment.

STEVE STRAZZA: I would give this about three to six months.

JAKE MERL: So, you know the rapper Rick Ross is a big franchise owner of Wingstop, right?

STEVE STRAZZA: I have heard this.

JAKE MERL: Right. And he's actually had some lyrics about it in his songs to promote the company, but unfortunately, he hasn't really had a top song in quite some time. So, is this thesis you have predicated on a Rick Ross comeback?

STEVE STRAZZA: I hate to break it to you, Jake. My thesis has nothing to do with the rapper, Rick Ross, but I'm happy that he owns franchises and hope he'd buy some more, but not at all. And if he wants to buy it here, he could probably make some good money on this trade as well.

JAKE MERL: Well, Steve, that was great. Thanks so much for joining us.

STEVE STRAZZA: Thanks for having me, Jake.

JAKE MERL: So, Steve is bullish on Wingstop. Specifically, he suggests buying ticker symbol WING at a daily close above $80 with a stop loss at $74.20 and a target price at $102.50 over the next three to six months. That was Steve Strazza of The Chart Report. And for Real Vision, I'm Jake Merl.