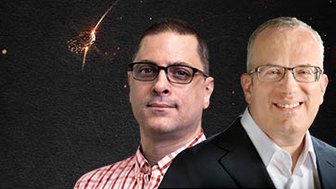 Brave Browser: Taking Back Control of Your Data

How DAOs Are Kindling the Ownership Economy Model

How DAOs Are Kindling the Ownership Economy Model

How Tokenization Can Revitalize the Real Estate Industry

How Tokenization Can Revitalize the Real Estate Industry

The Play-To-Earn Revolution in Gaming

The Play-To-Earn Revolution in Gaming

Why Frictionless Finance Is Essential to the Exponential Age

Why Frictionless Finance Is Essential to the Exponential Age

BitMEX CEO on the State of Crypto

BitMEX CEO on the State of Crypto

Mike Green, chief strategist and portfolio manager at Logica Capital, and Anthony Pompliano, investor at Pomp Investments, join Ash Bennington, Real Vision senior editor, to discuss their opposing views on Bitcoin. They each explain their views on Bitcoin—Pompliano makes the case for Bitcoin being a store of value that should be widely adopted and encouraged by the United States in order to stay competitive globally while Green asserts that Bitcoin is used primarily for nefarious activity and is mainly controlled by entities that are oppositional to the United States. Green believes that Bitcoin is the perfect example of markets indicating that something is incredibly successful, even when in actuality it is failing (or will fail), and that its price appreciation does mean that it is a robust system. Filmed on February 1, 2021.

Key Learnings: Pompliano believes that there are many non-trivial indicators that suggest Bitcoin is robust and becoming widely adopted including the number of wallets, transactions, and hash rate. He believes there is a significant chance that Bitcoin will be adopted by a significant amount of the S&P 500 companies and nation-states. On the other hand, Green thinks it is extremely unlikely to see major adoption from the largest companies and nation-states, explaining that this could even harm the U.S. He believes that Bitcoin can be trivially attacked and taken down by a nation-state and that the system is not as secure as many people claim it to be.