RV Blog What Is Function X?

What Is Function X? 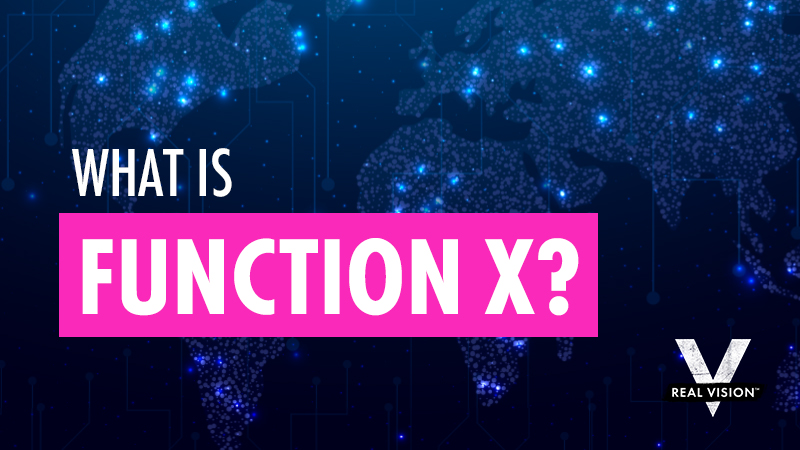 Function X, commonly referred to as f(x), is a multi-layered decentralized finance (DeFi) ecosystem that was developed in 2019 by Pundi X Labs. It describes itself as a universal decentralized internet that is powered by blockchain technology and smart devices. Function X wants to mirror traditional finance products on the Function X network. It allows developers to easily create customized blockchains using their subnet solution, thereby automatically inheriting Function X’s speed and security.

The ecosystem built around Function X is decentralized and runs autonomously, meaning that no organization or individual is needed to supervise it. The $FX coin is also decentralized regarding circulation, allocation, distribution, and control. Since July 2022, Function X is one of the first projects to integrate an Ethereum virtual machine (EVM) compatible chain. This EVM chain, based in the Cosmos network, allows developers to migrate their Ethereum dApps to Function X instantly and provides the infrastructure to ensure dApps run smoothly, with low fees, and on a secure network.

Given its ambitions to make crypto more accessible, it is not surprising that the Function X ecosystem is more than just a blockchain. It consists of nine key components, which all focus on one goal: To decentralize all services, apps, websites, communications, and most importantly, data. The nine components are:

1. The public blockchain f(x)Core
The f(x)Core is the core network of the entire Function X ecosystem. It provides inter-blockchain communication to connect multiple blockchains, such as BNB and Ethereum. The underlying consensus model and algorithm of f(x)Core is Proof of Stake (PoS). Its native coin is named $FX. It is also working as a hub (serving as the point of connection for all devices on a local area network) and is the first core to be launched on the Function X Network. The role of a core is to facilitate transfers between blockchains. If a blockchain connects to a core via Inter Blockchain Communication (IBC), it automatically gains access to all other blockchains that are connected to that core.

2. FXTP as a replacement for HTTP
FXTP is the Function X transmission protocol. It is a decentralized transmission protocol, similar to HTTP. In HTTP, the server (which is controlled by an entity) decides how (and if) the data is sent or even monitored. It can easily be hacked or blocked. With FXTP, the data is sent out and propagated to the destination based on consensus (blockchain technology) and will allow decentralization and P2P transmission of data in a distributed network.

3. The file storage protocol f(x) IPFS
f(x) IPFS (Inter Planetary File System) is a protocol and network designed to store data in a distributed system. A person wanting to retrieve data, such as a file, will call an identifier (hash) of the file, and IPFS combs through the other nodes and supplies it to the person.

4. The f(x) Operating System (OS)
The Function X Operating System is a modified version of Android. The Android OS benefits from being open and having plenty of users. This gives room for f(X) OS to spread faster across the globe. The f(x) OS has two modes:

Users can switch easily between these two modes and third-party devices that run on the f(x) OS can connect automatically to the Function X Blockchain. The purpose of Function X OS is to allow smart hardware and IoT (Internet of Things) devices to harness the upside and potential utility of the decentralization approach. Every smart device in the Function X ecosystem can be a node and each will have its own address and private key, uniquely linked to its node name.

5. The f(x)Bridge
The f(x)Bridge is a cross-chain bridging service that supports cross-chains internally (between f(x)Core and other Function X chains) as well as between other chains (e.g., between Ethereum and Binance Smart Chain). Through decentralized validators, assets can be moved safely between f(x)Core and different chains. Even if two chains have different rules, governance models, and protocols, a cross-chain bridge allows the two disparate chains to be connected. This comes with high transaction speed, low transaction cost, the ability to trade assets, and other useful features.

6. The f(x)Wallet
The f(x)Wallet is a non-custodial, private key-supported wallet for ERC-20, Function X tokens, and more. Digital assets can be managed, transferred, and grown with different dApps, including DeFi protocols. This wallet enables staking $FX, $PUNDIX, and other tokens. It can be downloaded here for iOS and here for Android.

7. The trading platform MarginX
MarginX is the first community-based on-chain DEX built on the Function X network to facilitate the trading of stock-based perpetual contracts. It runs via a multi-chain and on-chain infrastructure. By providing a platform where investors can buy, sell, and create derivative products of any financial asset, it aims to bridge the traditional financial markets and cryptocurrency world. Currently, it is only available on testnet.

8. The DeFi service CryptoBnk
CryptoBnk is a DeFi service that mirrors a standard savings account. The primary difference is that there are no bankers that need to be paid. This results in a higher APY. In order to earn yield on tokens, users can store them via the CryptoBnk dApp for a set amount of time in a smart contract of their choice. Rewards are earned based on how many tokens are staked.

9) The f(x) Token
The $FX token is the governance token for the Function X project. It can be used to vote, as collateral, generate synthetic assets, delegate, and secure the core network. Its main use case is as a means of payment for services such as staking, vote eligibility for network upgrades, smart contract creation, and data storage as well as paying transaction fees.

The $FX coin has been available on Ethereum since 2019 and on Function X since 2021. They are fully interoperable, and users can transfer $FX in and out of both blockchains while maintaining a fixed total supply and liquidity. The governance mechanism available with Function X provides users with the opportunity to vote for token burns and additional methods of reducing the total coin supply, which reduces the risk of $FX becoming a high inflationary coin due to its staking ratio.

Following $FX’s all-time high in October 2021 with a price of $1.55 per coin, the price collapsed, bottoming close to its ICO value of April 2019. At the time of writing, the $FX coin is priced around $0.23, with a current market cap of approximately $95 million and a fully diluted market cap of $440 million. The circulating supply of $FX coins is approximately 408 million, while the max supply is just over 1.893 billion coins.

Where to buy the $FX Coin

The highest volume of $FX tokens is traded on Upbit (FX/BTC), on Bithumb (FX/KRW), on Coinbase (FX/USD), and on Huobi Global (FX/USDT).

Since its launch in 2019, Function X has continued to rise in popularity. It is designed so that users benefit from a combination of security and scalability and provides great support for the whole DeFi industry. Its main goal is to ensure that new traders and crypto investors experience an easier onboarding process and that the interoperability of the FXTP protocol allows users to exchange digital assets from chain to chain.
RELATED CATEGORIES: Crypto, Defi, Ethereum