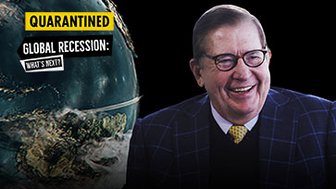 Kiril Sokoloff interviews Weijian Shan, Chairman and CEO of PAG and the Managing Partner of PAG Asia Capital. Shan is one of Asia's foremost investors and one of the great thinkers on the Chinese economy and U.S.-China relations. In a different kind of interview, Shan discusses how the impact of foreign occupation, civil wars, and invasions left deep scars on the Chinese people. He relates a gripping personal story. At the age of 15, during the Cultural Revolution, he was exiled to hard labor in the Gobi Desert where he spent six years. Along with the rest of China, he lost ten years of formal education. The desire to catch up was enormous. Not many years later, he was in a PhD program at Berkeley with Janet Yellen as his advisor. Shan also discusses why reforms of SOEs are likely to continue, although he hopes for much faster pace. Where are the best places to invest in Asia. Why IP protection in China is better than widely perceived. And, why the trade and technology wars are a zero-sum game. Shan has an MBA from the University of San Francisco and a Master's and PhD from Berkeley. He was a professor at the Wharton School for six years and is the author of two books: Money Games: The Inside Story of How American Dealmakers Saved Korea's Most Iconic Bank and Out of the Gobi: My Story of China and America. Filmed on August 10, 2020.