RV Blog What Is Ravencoin? 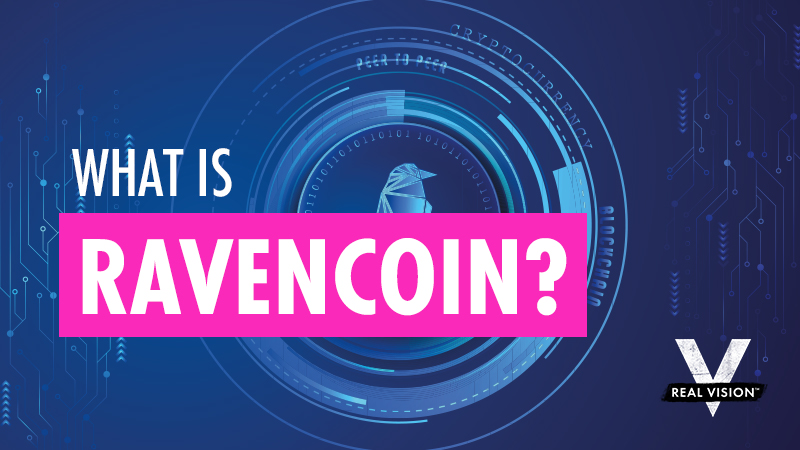 Ravencoin is an open-source, decentralized protocol that is optimized for transferring crypto assets from one party to another. Ravencoin was launched in 2018 as a fork of the Bitcoin blockchain’s code. The new Raven blockchain includes some upgrades to Bitcoin’s original code such as the block reward time, number of coins issued as well as asset creation and messaging capabilities.

According to the Ravencoin whitepaper, one objective of the Raven protocol is to “create a use case focused blockchain” whose features can be used to implement specific use cases, while contributing to the wider ecosystem by open-sourcing its code that can be used by Bitcoin and other projects.

The native coin of the Raven protocol is RVN. Ravencoin’s asset has a maximum supply of 21 billion RVN compared to Bitcoin’s 21-million-coin cap. When it comes to Ravencoin’s issuance schedule, the cryptocurrency represents a modified version of Bitcoin with a block reward of 5,000 RVN, a block time of one minute, and a mining algorithm that aims to prevent the centralization of mining caused by ASIC devices.

The co-founders of the Raven protocol were Bruce Fenton, Tron Black, and Joel Weight, who published the Ravencoin whitepaper in 2017. The three co-founders were all seasoned businessmen and developers before they founded Ravencoin. At the time of its launch, the core team was funded by Overstock.com through its subsidiary Medici ventures. During its launch, the Ravencoin team refrained from listing any tokens for public or private sale, and instead opted for a fair launch to distribute RVN tokens as widely as possible.

How does Ravencoin work?

Ravencoin’s code is a fork of Bitcoin. However, it is no mere copycat but the project went on to have its unique network, protocol, and asset rules. To secure its network Ravencoin uses a variation of the Proof-of-Work (PoW) consensus algorithm known as KAWPOW, which aims to reduce the barrier of entry to mining on its blockchain.

Ravencoin’s block time is one minute, which means a new block is mined every minute. This makes the Raven protocol faster when compared to the Bitcoin blockchain, whose block time is 10 minutes. That coupled with Ravencoin’s block size of 2 MB means the network is optimized to handle a higher transaction volume than Bitcoin.

One of the key objectives of the Ravencoin protocol is to build upon asset-creation technology pioneered by Bitcoin. Early on in Bitcoin’s history, people fantasized about issuing tokens on top of the Bitcoin blockchain. As has been shown in the past, Bitcoin can indeed have its own assets on top by creating secure, signed, immutable Bitcoin transactions, which carry information about an asset’s issuance and transfer. In other words, Bitcoin nodes are capable of recognizing tokens that are being issued via Bitcoin’s base-layer blockchain. This is evidenced by projects such as Mastercoin, Counterparty, and Colored coins, which were early attempts in that regard.

To potentially remedy Bitcoin’s shortcomings, Ravencoin seeks to provide an alternative way for tokenized asset creation through the introduction of its Full Asset Aware Protocol Level System. It also allows a single entity to issue, track, and transfer the assets. Additionally, the system aims to be a fully asset-aware system that functions with a market value, a strong mining community, and a widely distributed network.

How to mine Ravencoin

The first mining algorithm used to mine RVN was X16R. This was a different type of the X11 used to mine the cryptocurrency DASH. The X16R runs 16 hash functions in a series and its hashing pattern was designed in a way that made it unsuitable for the implementation in ASIC devices.

The X16Rv2 was introduced as an upgrade to XI6R. This mining algorithm added new features that came with yet another level of complexity that made it difficult for ASIC miners to cope with. As a matter of fact, implementing ASIC resistance in a mining system is an ongoing challenge and continuous process as ASICs have from time to time been modified to accommodate ASIC-resistant mining algorithms.

As a result, the Ravencoin protocol, at last, implemented a new mining algorithm known as the KAWPOW algorithm. The algorithm is a variation of the ProgPOW algorithm originally intended for the Ethereum network. The KAWPOW system allows rudimentary GPUs to mine Ravencoin and is believed to be ASIC-resistant.

To mine Ravencoin, you will need to set up a Ravencoin wallet, have a graphic card with a minimum of 4GB RAM, and be in possession of the latest GPU drivers. You will also need to install software that is capable of running the KAWPOW mining script. Thereafter, you can choose a mining pool from the available Ravencoin mining pools.

Ravencoin can be used to tokenize assets such as gold, stock, rewards, virtual items, digital art, and many more assets. For instance, in 2018, Medici Ventures completed a more than $3.5 million digital securities token transfer via the Ravencoin blockchain to buy equity in Chainstone Labs.

Ravencoin also allows users to create NFTs on the network via a platform called MangoFarm assets. Users need to have a Ravencoin wallet to use the platform and initiate any NFT creation processes. It is Ravencoin’s unique ability to enable the creation and transfer of tokens without the use of smart contracts that its proponents consider to be a useful feature for businesses and organizations that may be looking to tokenize assets.