RV Blog
What Is Ripple (XRP)

What Is Ripple (XRP)

Ripple is one of the most controversially debated projects within the cryptocurrency world. While some consider it to be a highly centralized endeavor that should never be likened to an open and permissionless blockchain like Bitcoin and Ethereum, others are of the opinion that Ripple is the only project that will ever be able to get meaningful adoption within the traditional world of finance.

Ripple’s founding story goes way back in time. One could argue that its initial idea precedes the advent of Bitcoin as a Canadian developer by the name of Ryan Fugger first idealized Ripple back in 2004. Its first iteration was called RipplePay, a project that would provide secure payment solutions for a global financial network. Once Bitcoin was launched in 2009, the Ripple projects evolved as well. New technologists like Jed McCaleb or Chris Larsen took the wheel in 2012 and transformed RipplePay into a US-based technology company called OpenCoin. Following this transformation, Ripple was focused on payment solutions for banks and other financial institutions. One year later, OpenCoin was rebranded to Ripple Labs. Again two years later, the project got its actual name Ripple that it still has to this day.

What is Ripple aiming to solve?

Today, Ripple’s major goal is to facilitate and optimize traditional payments – especially cross-border payments. As the minds behind Ripple see it, the bulk of financial transactions today are still operated through siloed databases controlled by separate financial entities. Since this causes endless friction, Ripple has set course to eliminate this friction by providing a more open payment infrastructure.

According to various sources, various banks and financial institutions around the world have partnered with Ripple so far. Among these are institutions like Santander, American Express or MoneyGram. Only recently, Egypt’s biggest bank, National Bank of Egypt (NBE), is said to have joined Ripple’s network. Although there remains some doubt about how frequently these partners have been using Ripple’s services, the company is confident that its solutions present an enticing alternative for cross-currency and international payments. After all, there is some speculation that XRP Ledger would be a well-suited candidate to serve as a distributed alternative to today’s SWIFT system (a financial messaging platform used by banks for money transfer). While some see Ripple as a better version of SWIFT, people who have worked for Ripple offer an alternative view that the project is not a competitor but a complementary system to SWIFT. 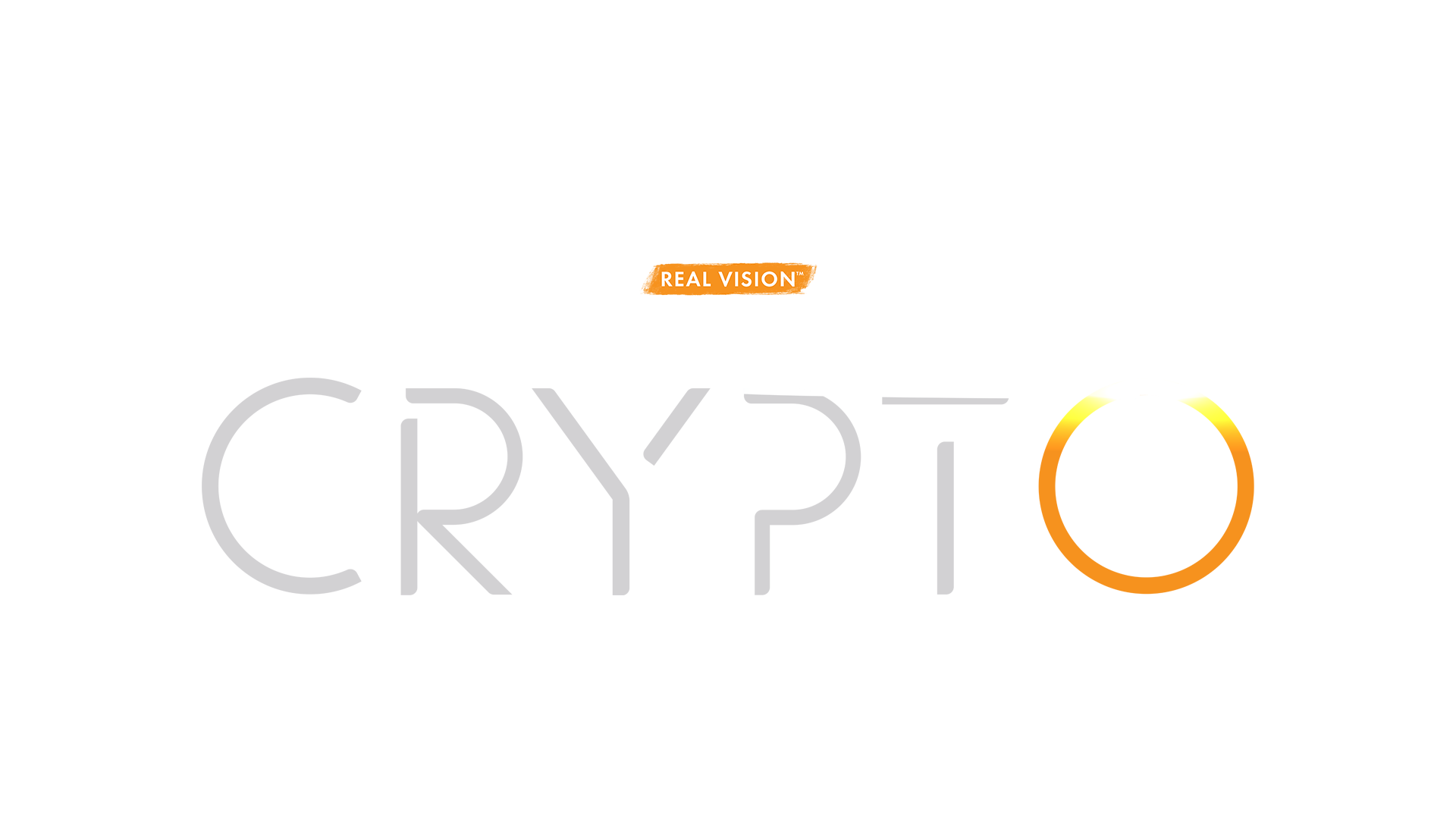 Yep, you heard us.

How does the Ripple system work?

At the heart of the Ripple infrastructure is the XRP Ledger (XRPL), Ripple’s blockchain if you will. According to Ripple the company, XRPL is an open-source distributed ledger that allows for real-time financial transactions. So while XRPL functions like Bitcoin’s ledger, it is not a simple copy of the Bitcoin (BTC) blockchain but only draws on several aspects found in Bitcoin. Just as with Bitcoin, the XRP Ledger can be used to send and receive cryptocurrency using public-/private-key cryptography. Also, if tokens are sent between addresses on the XRPL, digital signatures are required. One aspect that was left out with XRP is the Proof-of-Work mechanism. This will be elaborated on later in the article.

On top of XRPL, Ripple the company has been developing RippleNet. This is the payment and exchange network that is provided by Ripple and consists of three different parts: xCurrent, xRapid, and xVia. The first of these parts, xCurrent, is a sort of exchange and settlement system for different bank ledgers. This system is not based on the XRP Ledger itself, but on another technology called Interledger Protocol (ILP). Through this protocol Ripple customers using xCurrent can transact in dollars, euros or any other fiat currencies as well as cryptocurrencies like bitcoin or ether. Ripple’s token XRP can also be traded but is in no way the system’s only way to transact in. As a matter of fact then, using xCurrent does not necessarily involve XRP.

The same is true with xRapid. This second pillar functions as a liquidity solution within RippleNet. It helps users to swap in-between assets to move through Ripple’s xCurrent payment protocol. Again, xRapid supports all different kinds of cryptocurrencies, although XRP is marketed as the go-to-token. Ripple, the company, does also provide “on-demand” liquidity in XRP meaning that it acts as a liquidity provider for users that want to quickly swap assets in and out of XRP.

Banks and financial institutions using xCurrent as well as xRapid are connected through the API-based standardized interface called xVia. This solution acts as an aggregator, connecting different banks to a single framework. This way, banks are supposed to more easily interact with one another when it comes to providing payment solutions, invoices as well as information relevant to the transactions at hand.

Relationship between Ripple and its token XRP

Because of Ripple’s complicated system consisting of multiple pillars, there has been an ongoing debate on whether XRP the token is really needed in Ripple’s ecosystem. An argument against it can be made by stating that Ripple the company can be very successful in collaborating with banks, without XRP really being used much. And even if XRP is used through xRapid, it will only ever be used as a transactional medium, not as a means to store value. If this were the case, some people consider this to be a rather bearish signal for the token itself. That being said, we are yet to see how this is going to turn out in the long run.

Ripple’s blockchain and its tokenomics

Contrary to popular belief, Ripple’s distributed ledger is open and permissionless. It is also open-source and outsiders are encouraged to propose developing solutions. The reason why many people might suspect that Ripple is a permissioned blockchain is the UNL that is proposed by Ripple the company by default. UNL is a list of validators that are recommended by Ripple. Many argue that the list should be published as Ripple validators need to know which other validators they can be in touch with.

From a technical perspective, Ripple’s blockchain is different though that of other public blockchain networks like Bitcoin or Ethereum. There is no proof of work algorithm, which means that there is also no mining going on with XRP Ledger. When XRP Ledger was launched originally in 2012, the entire 100 billion XRP tokens were initially pre-mined. After all the tokens were created, the founders retained some (about 20 billion), while 80 billion was given to Ripple the company, which was tasked with distributing along the way. Currently, a little more than 45 billion of the tokens are in circulation. The rest is mainly held in escrow with Ripple the company having power of attorney over it. Tranches of escrowed tokens are released month after month and Ripple uses them to do market-making for XRP. This way, the remaining XRP in escrow will be distributed to the public over time.

Interestingly, XRP has a kind of token burning mechanism built in. With every XRP that is being transacted, a small amount is put up by the sender and is destroyed in the process which reduces this amount from the total supply. While a token burn acts as a sort of scarcity enhancing mechanism, in the case of XRP it would still take at least 70,000 years to have all XRP burned.

Is XRP a security?

Back in 2020, the Security and Exchange Commission in the US charged Ripple the company with conducting a $1.3 billion unregistered securities offering. Because XRP are not issued in a proof-of-work mining style but were pre-mined by Ripple instead, there exists the potential risk that XRP could be judged an unregistered security, which would be against US law. As of now, it is not clear how the case around Ripple and XRP is going to be settled. After being charged by the SEC, Ripple representatives demanded access to SEC’s internal files discussing cryptocurrencies in general. A judge now ruled in favor of Ripple, granting the company access to the files. Within Ripple the company, these files are considered to be important as they should shed some more light on why the SEC has come against XRP and labeled it a security but neither BTC or ETH.

If you liked this article, then you will love Real Vision. At Real Vision, we help investors like you understand the complex world of finance, business and the global economy with real in-depth analysis from real experts. It’s in our nature to help you become a better investor, so sign up for FREE to Real Vision Crypto today to make it happen.