RV Blog What Is Ethereum & How Does It Work?

What Is Ethereum & How Does It Work? 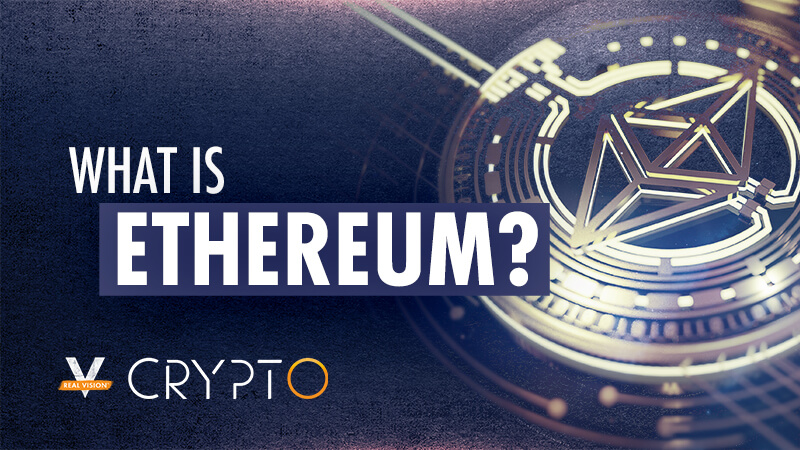 Ethereum is the brainchild of the young Russian-Canadian Vitalik Buterin (born 1994). According to his own telling, one day while gaming World of Warcraft, Blizzard (the game developer company) removed a much-loved feature of his favorite in-game character, leaving the juvenile in tears. On this day, he experienced “the horrors centralized services can bring” first-hand.

Soon after, Vitalik discovered Bitcoin and started Bitcoin Magazine. Being involved in many crypto projects, he realized that they were all too concerned about specific applications and not being sufficiently general – hence he went on to bring Ethereum to life.

Watch the video: Ethereum: The Story from Inception to today

So what is Ethereum?

Ethereum is a decentralized, open-source blockchain with smart contract functionality. Ether (ETH) is the cryptoasset generated by the Ethereum protocol – and thus the money within the Ethereum network. It is the second-largest cryptocurrency by market capitalization. The Ethereum blockchain itself is currently the most actively used blockchain in the world.

Building on Bitcoin’s innovation, Ethereum provides the use of digital money without payment providers or banks. But unlike previous blockchains, Ethereum is easily programmable, meaning it can be used to programm, power and host lots of different digital assets (in the form of tokens).

What makes Ethereum so successful is its ability to decentralize products and services for a wide range of use cases beyond money. Users can create any number of custom assets and programs on the Ethereum blockchain. This is also why the project has been dubbed “the world’s programmable blockchain” early on. It’s a decentralized marketplace of financial services, games and dapps.

Ethereum is an active work in progress. Since its launch in 2015, the team governed by the Ethereum foundation located in Zug, Switzerland, has been constantly working on improving Ethereum’s functionality and features.

How does Ethereum work?

Currently, Ethereum runs as a proof-of-work public blockchain, requiring miners to solve a puzzle to add new blocks to the chain. Blocks are added roughly every 12 seconds. Developers write code (smart contracts) in Ethereum’s programming languages Solidity and Vyper, and then deploy these programs on the Ethereum blockchain.

Nodes (computers running client software that can verify blocks and transaction data) run a copy of Ethereum Virtual Machine (EVM). The EVM is a compiler that translates the smart contract code into transactions on the Ethereum blockchain and keeps track of the transaction history.

Ethereum is currently undergoing a fundamental change. The declared goal is to switch from a proof-of-work to a proof-of-stake consensus mechanism by 2022 (ETH2). One of the benefits hereof will be a significant increase in efficiency, resulting in a much higher transaction throughput and therefore expected lower transaction costs. In December 2020, the Ethereum team launched the Ethereum Beacon Chain, which was the first crucial step on their roadmap towards introducing proof-of-stake. UPDATE: Learn how to stake Ethereum here.

What is it being used for?

As a programmable blockchain, Ethereum opens up a sheer endless number of potential use cases. The most obvious one is digital money. Not unlike Bitcoin, the Ethereum blockchain can be used to send value in the form of ETH around the globe.

Further, the Ethereum blockchain is the birthplace and catalyst for decentralized finance (DeFi) applications. Entrepreneurs are using the Ethereum platform to create protocols that replicate traditional financial services. These include projects for lending and borrowing crypto, earning interest, exchanges, auto-invest services and many more.

Another use case are ICOs. Famous for its boom in 2017, ICOs have been a stepping stone for the development of many crypto projects. As Ethereum allows for the issuance of tokens on top of its blockchain, a multitude of developers flocked onto the platform to raise funds for their projects by creating and selling their own crypto tokens to a global audience via ICO. These, in return, could participate in potential price increases of such tokens, should the project prove successful.

Watch the video: Charles Hoskinson on ICOs and the future of investing

NFTs (non-fungible tokens) are the latest hype in the crypto field. Anything someone owns can be represented, traded and put to use via NFTs. Artists can tokenize their art and get royalties automatically every time it’s re-sold. Valuables can be represented via tokens against which the owner can take out loans (think digital pawn shop). Soccer clubs can sell NFTs which in return give the owners special rights and privileges. NFTs can be created via smart contracts on the Ethereum blockchain, among others.

Watch the video: NFT deep dive – What are they?

DAOs (decentralized autonomous organisations) are virtual corporations on a blockchain. They are an effective and safe way to work with like-minded peers around the globe. Think of them as an internet business owned and managed by its members. Decisions are made through voting, members can submit proposals to be voted on. Treasuries within the organisation can only be accessed by the approval of the group members. The code of a DAO is out in the open and the rules around spending are baked into the DAO via its code. DAOs are based on smart contracts which can be run on Ethereum and similar blockchains.

Read more: What is Bitcoin?

Read more: Ethereum vs Bitcoin: The Lion vs the Shark

Is Ethereum a currency?

Ethereum as a blockchain is not a currency but a decentralized network. However, ether (ETH), their native token, is in Ethereum’s own words “digital, global money and the currency of Ethereum’s apps. […] it is scarce money that you can use on the internet – similar to Bitcoin”.

In contrast to this proclamation, there are influential voices stating that Ether is not money (Messari, p. 43ff). The report lists ten reasons to underline its assertion, some of them rather technical.

An answer to this ongoing discussion, often held between wholehearted Bitcoiners and Ethereans  hasn’t produced a definite answer yet. Many of the controversial points are connected to how and in what context money is defined. As ether embodies many characteristics of money, it can certainly be used as such, especially when looked at as a means of payment. In the long run and as a store of value, the future will have to tell. The update to ETH2 will certainly have a significant effect on ether as money, for the good or bad. And it could very well be that the line between digital money and digital tokens becomes even blurrier in the years to come, leaving ether as a symbiosis of the two.

Ethereum was the first programmable blockchain and many of the largest and most significant projects in crypto, e.g. Uniswap, MakerDAO and Compound, have been built on it. To make use of any of these services, users have to use the Ethereum network and need ether to pay for the transaction fees associated with it. You could compare it to Android or Windows, it’s like an operating system upon which most of the top Crypto projects sit.

Further, Ethereum has defined certain standards in the crypto industry (e.g. ERC-20 tokens, smart contracts) and provides code templates for programmers to easily set up their own projects on Ethereum. As a consequence, for users staying within the Ethereum ecosystem, all services and tokens are compatible, making their handling way simpler.

But, as the Ethereum network is currently reaching its capacity limits resulting in very high transaction costs, it has become rather unattractive for low volume users. Many started therefore switching to competing blockchains with lower costs, e.g. the Binance Smart Chain. As a countermeasure, Ethereum hopes to significantly lower transaction fees for users via its EIP-1559 upgrade delivered in July 2021.