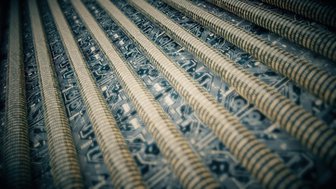 Tuur Demeester of Adamant Research, examines how far cryptocurrencies have…

Dan Morehead from Pantera Capital was one of the first major investors in Bitcoin and the early cryptocurrency technology. With the advent of tokenization, Dan Morehead assesses the impact that the next wave of decentralized applications will have on the world’s most valuable data monopolies and where the winners will emerge, as the Blockchain disintermediates venture capital in a post-capitalist era. Filmed on July 10, 2017, in San Francisco.