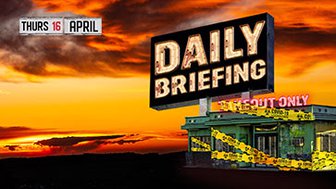 Looking Forward at Interest Rates, the U.S. Dollar, Volatility, and the B117 Variant

Looking Forward at Interest Rates, the U.S. Dollar, Volatility, and the B117 Variant

Why Bond Yields Are the True Reflation Toggle

Why Bond Yields Are the True Reflation Toggle

How Inflationary Risk Could Corner the Fed

How Inflationary Risk Could Corner the Fed

Bitcoin’s Stumble and the Bond Market’s Moment of Truth

Bitcoin’s Stumble and the Bond Market’s Moment of Truth

Raoul’s Framework for 2021 and Beyond

Raoul’s Framework for 2021 and Beyond

Vulnerabilities of the Reflation Consensus

Vulnerabilities of the Reflation Consensus

Chaos Rules in D.C.: Lyn Alden on the Fourth Turning and Her Latest Trades

Chaos Rules in D.C.: Lyn Alden on the Fourth Turning and Her Latest Trades

2021 Kickoff: Looking Through the Headlines with Mike Green

2021 Kickoff: Looking Through the Headlines with Mike Green

Looking Beyond the U.S. and a Few Crumbs from the Fed Meeting

Looking Beyond the U.S. and a Few Crumbs from the Fed Meeting

Ash Bennington hosts Ed Harrison, Real Vision's Managing Editor, to break down the week’s events. The pair cover the U.S. banking sector, risks to the commercial real estate market, Russian central bank policy action, and compare and contrast the timing and trajectory of the COVID Crisis to the GFC. Bennington and Harrison end on a discussion of the changing role of China in the global political and financial system in the wake of the current crisis. In the opening section, Jack Farley looks at finance stories that you might have missed, scrutinizing the extreme price action in a small cap stock, and exploring the significance of gold's recent trend towards backwardation.

JACK FARLEY: Welcome to the Real Vision Daily Briefing. It's Friday, April 17. Yet another crazy day in markets. We have our managing editor, Ed Harrison, standing by with Real Vision's own Ash Bennington, and they're ready to give their macro analysis of everything that's going on. But before we go to them, let's quickly go over the latest news in markets, starting out with some price action.

It was another strong day for US equities, with all three major indices rallying. The big winners of the day were Boeing, up 14.7%, and Exxon Mobil, up 10.4%. So the markets were fully in risk-on mode. Apple was down 1.3%, as Goldman Sachs predicted a major decline in their iPhone sales.

And while we're on the subject of interesting charts, I want to draw attention to a stock that's been exhibiting some truly extreme price action. The name of the company is Liberty TripAdvisor Holdings. It's a holding company that owns 23% of TripAdvisor and 58% of the voting share. On Wednesday, the class B shares skyrocketed 2,200%. What a wild swing.

This on the same day that class A shares went up a mere 21%. That's a change barely visible if you view both securities on the same chart, despite class B shares having 10 times greater voting power. It's my understanding that both issues have the same economic rights, making the spread between the class A and class B shares all the more confounding. Nobody really knows why this is happening.

Liberty TripAdvisor is professing that it is as baffled as we are, insisting in a press release issued today that it, quote, "is not aware of the reasons for the recent volatility in its stock price." No mainstream press outlet has reported about this. It is a small cap stock, but man, what a crazy price dislocation, class A and class B shares normally trading in lockstep. It really is remarkable.

And on the subject of price asymmetry we're seeing some peculiarities in the gold market where prices have declined for the past three days, ending the epic rally that we've seen since mid-March. But more interesting are the price dislocations between the different gold markets. I'm talking specifically futures and spot prices.

Now, if you look at this chart, you'll see the dark blue lines are physical spot prices for gold, whereas the thin and red and orange lines are future prices. You can see there's a compression between futures and spot prices. That means the market is exiting the contango phase, and it's just beginning to enter backwardation. And this is interesting because if you look back over the last couple of months you can see that there's a strong correlation between backwardation in gold and S&P selloffs.

Whenever those futures become cheaper than the spot price, that's a time when the S&P is likely to sell off. You can see several of those pockets that I've circled there. So it will be interesting to see what this means going forward.

So wow, a lot going on with markets. Thanks for sticking with Real Vision during his wild times. And thank you for your comments on yesterday's video. We really do read your comments, and we really appreciate your feedback. Man, such a crazy time. The dominoes really are lining up. To make sense of it all, right now, we have Ed Harrison and Ash Bennington with their market analysis.

ED HARRISON: Good to talk to you, Ash. And let me just say before we start, I'm feeling a bit punchy today. So if I seem like I'm a bit off, that's why. And also, I will say that, looking at you, I'm thinking "Full Metal Jacket" with your haircut, because I'm thinking that on Monday, that's the cut I'm going to be showing. That's what I want.

ASH BENNINGTON: Yours is looking a little long here, Ed.

ED HARRISON: Yeah, exactly. It needs-- I mean, we've got the coronavirus cuts coming, and mine's coming on Monday.

ASH BENNINGTON: Yeah, I wonder if we're going to have a new fashion thing that everybody's going to be sporting crew cuts because they're just the easiest thing in the world to do.

ED HARRISON: Exactly, they really are. That's how I'm going to play it.

ASH BENNINGTON: So one other technical note. Raoul was supposed to be joining us today, but he's having some slight technical problems. One of the challenges of living in paradise is sometimes we have some minor connectivity glitches. But we'll get him back next week.

ED HARRISON: Yes, exactly. I'm doing the Raoul position. You're in the me position now. So we've swapped roles a little bit.

ASH BENNINGTON: Yes. So Ed, here we are, close of the week. Obviously a tremendous amount of news flow this week. Relatively quiet Friday in terms of game-changer things. What are you looking at, and what's your outlook?

ED HARRISON: Yeah, so I have a number of different things I'm looking at. Let me tell you, because I have my other screen two or three stories that Gabrielle, who works in content, has sent to me. One's about China and how they're handling EM debtors in this virus crisis. Another is about the US states being threaten-- their budgets-- by coronavirus. A third I thought was very interesting that she sent over is about the Bank of Russia dropping rates. I want to talk a little bit about that in the context of EM, and also what the ruble looks like.

And then, finally, just as a preview of a conversation I'm having next week, Chris Whalen-- he had an article out talking about banks. He was talking about commercial real estate. I think that that's going to be very interesting, what's happening both in terms of commercial as well as residential in terms of write-downs for banks, and what it could mean for Fannie and Freddie as well.

ASH BENNINGTON: Yeah, Chris Whalen one of the sharpest guys looking at bank stocks, looking at bank operations, and also looking at Fannie and Freddie. Of the stories that you mentioned, the one that I thought was the potentially most ominous was the state government budgetary shortfall. I mean, basically, the lede of the story is that there's the potential to have a $500 billion hole in state tax revenues caused by the ferocity of the shutdowns. And it's-- again, we get tired of saying this phrase, but there's some suspicion based on the preliminary modeling that it looks worse than what we saw a decade ago with the great recession.

As of this point, we've got $150 billion that has been approved by Congress on this. Obviously, we're about a third of the way there. And the article also goes on to say that new legislation is going to be focusing on replenishing that $350 billion from the shortfall for the Small Business Association. Ed, when you look at those gaps, what do you think?

ED HARRISON: So, I mean, the first thing that's on my mind, honestly, is the retirement crisis. I don't know if you remember, we ran a series a little while ago on retirements. And one of the things that stuck out to me was about pension funds for US states. If you compared Canadian pension plans to US state pension plans, you saw that there was a huge gaping hole in US pension plans.

So when we think of 2008, 2009, you can think about Meredith Whitney as an example of someone who people thought she was out to lunch, and that her call on municipal bonds was incorrect in the great financial crisis. But my feeling at the time was that what she was talking about was if we continued down in a very negative trajectory in the economy, then those things would come to the fore.

Now, here we are a decade later, and we're in the middle of a huge downturn. I think those same issues are going to come up. So I'm not as concerned, per se, about the budgets themselves, because I think that the federal government can make whole on the budget. The real concern for me is any sort of impact it would have on the retirement, on the pension plans in those states.

ASH BENNINGTON: Right. When Whitney came out with that report, people in muni land were a little bit dismissive of her, and said, stay in your lane. We do this every day, and we know better. But, as you suggest, that call may have been prescient, though early.

ED HARRISON: Yeah, exactly. And so, I mean, the only thing that is positive in terms of thinking about it from that perspective is that the market is doing as well as it is. I think we ended at 2,874 today on the S&P. And I think I was looking at the 62% retracement. It's 2,920. So we're still a bit a ways from that level yet.

And to the degree that we stay in that range, we don't have another precipitous drop, that's positive for those pension plans. But if the financial economy follows the real economy down, then I think you're going to be in trouble in terms of state and local pensions.

ASH BENNINGTON: Well, that's really it, Ed. You've just hit on the key point there. This question of whether the relative resiliency of the market is, in fact, a blessing or a curse. Obviously, it helps to support pension plans to have those levels in US equity markets be where they are. But again, and this is the conversation that we've talked about so many times on this show, which is, is the financial economy out of step with the real economy?