Zimbabwe: Opportunity & Risk in the Breadbasket of Africa 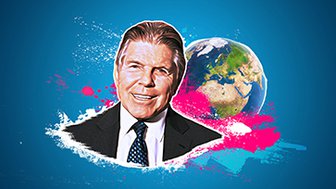 Frontier markets specialist Larry Speidell favors a “boots on the…

Episode 4: Some May Last Longer

Episode 4: Some May Last Longer

Episode 1: Use as Intended

Episode 1: Use as Intended

Printing the Next Industrial Revolution

Printing the Next Industrial Revolution

The Genomics Revolution: Investing in CRISPR

The Genomics Revolution: Investing in CRISPR

The Blockchain Killer? An Introduction to Hashgraph

The Blockchain Killer? An Introduction to Hashgraph

Zimbabwe: Opportunity & Risk in the Breadbasket of Africa

Zimbabwe has just been shaken by the ouster of its longtime president, Robert Mugabe, who held power in the country for nearly forty years. Now, John Legat, CEO and Lead Fund Manager of Imara Asset Management, brings us the story of political unrest and economic opportunity from on the ground in its capital city, Harare.