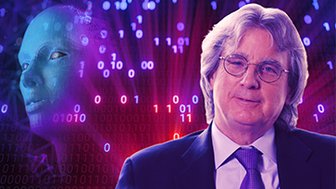 Kyle Bass, CIO of Hayman Capital, discusses the dire geopolitical situation in which Hong Kong finds itself. Bass talks with Raoul Pal about how the threat of Chinese political interference could lead to financial crisis caused by capital flight. This video is excerpted from a piece published on Real Vision on May 3, 2019 entitled "The Asymmetric Opportunity Revealed."

KYLE BASS: It's probably going to be a political situation. I don't care. I'd rather own US dollars tomorrow.

And so, in the last couple of years, this year in particular, my friend that sells all the fancy paintings, not one Chinese buyer this year, not one. And three years ago, they were selling them like hotcakes to the Chinese. So, they can't get their money out. And they're policing that very, very, very, very closely.

RAOUL PAL: But my guess is they can put the money, as you said earlier, into Hong Kong, right? So, their first step was put into Hong Kong real estate, right? You're outside of China, because within China, then you're free. You liquidate the property or whatever you do-

RAOUL PAL: In theory, exactly. Which we'll come a little bit on to in a sec. But I just have a feeling that that money is flowing out. So, let's say they sell real estates. It's mainland money that's been there for 10 years. It now finds its way out because they're looking for more security. So, it goes to Vancouver, it goes to Sydney or wherever.

But if you look at the macro, if you had your entire wealth invested in Hong Kong dollars, in Hong Kong stocks and bonds, and I sat and talk with you and explain to you how bad the macro is, and then you say, well, it's probably going to be a political situation. I don't care. I'd rather own US dollars tomorrow, and not be on the hook or at risk of my home currency collapsing.

KYLE BASS: So, last night, I had dinner with a friend that just sold both pieces of real estate that he had there and he moved his family to London.

KYLE BASS: Gone. He grew up in Hong Kong, generational Hong Kong family, the moment that China started actually floating a proposal to be able to extrajudicially grab someone off the streets of Hong Kong and take them to China without any court proceeding, that's scaring the Hong Kong- not only the Hong Kong elite, but 85,000 Americans that live there, right?

In the past, we all know that the MSS from China grabbed booksellers that were writing books about President Xi that he didn't like, and they came in the middle of the night, took him and ripped them back to China. That was a political grabbing. And everyone was up in arms about it. And there were four booksellers that went missing for a while, and then they resurfaced at some point in the future, never to sell another one of those books again.

This is a different thing. The proposal in the manner in which it is stated today, and Carrie Lamb's government is the one making this proposal. So, she's not really democratically elected, right? She's chosen by President Xi to be the CEO of Hong Kong and she's proposing this, and her proposal is it states that there'll be a judicial review, i.e. if the crime that is supposedly been committed by the "fugitive" is a crime also in Hong Kong. So, let's choose murder, right? It's a crime in both places.

If China calls the police station in Hong Kong, and says Raoul committed a murder in China, arrest him and send him over here. The court says their judicial review is okay, is murder a crime here? Oh, yes, it's a crime here, we've got- the presumption is guilt. So, there is no court process to determine whether or not this is a political movement or not or whether or not you actually committed a murder.

RAOUL PAL: So, how can people like Li Ka-shing remain within Hong Kong?

KYLE BASS: I think they have to leave. I think it's a real problem. My friends that are very well-off are leaving. Now, if you remember Nancy Pelosi just had a group of 10 delegates from Hong Kong here to the States two weeks ago. And was very forceful with some language and said, there are 85,000 Americans that live in Hong Kong. And we are very concerned about the new proposals that are being floated in the legislature in Hong Kong.

If this becomes law, more importantly, this goes back to this word autonomy. The Brit's agreement with Hong Kong and the US' agreement with Hong Kong, for instance, the 1992 US-Hong Kong Policy Act is re-ratified annually. The State Department submits report to the President and then it's up to the President to either take the State Department's recommendations or do whatever he wants to do. If he determines that they are no longer sufficiently autonomous, we can treat Hong Kong as China.

Well, that changes the entire complexion of Hong Kong's economy, meaning all of a sudden, all the tariffs, all the restrictions, all the rules of trade that we engage with China on, we start treating Hong Kong that way. Today, Hong Kong is treated as its own sovereign. There are no tariffs, it's free trade, unabated free trade. And as long as, again, they maintain that autonomy, we honor that agreement.

If this law goes through, it is a clear violation of our policy act and it's a clear violation of the Brit's agreement with Hong Kong. That in itself will force- remember in 1995, during the Tequila Crisis, what happened? What precipitated the Mexican decline? What precipitated Thailand in '97? It's always one thing. It's always the wealthy lose faith or fear the government and they start moving their assets out.

RAOUL PAL: Yeah. I was thinking too. It was the same.

KYLE BASS: That's what happens. So, if the wealthy in Hong Kong either convert to dollars or start leaving, which I think both will happen, then Hong Kong is finished.

RAOUL PAL: So, what do you think? How does this play out? So, we've seen the HKMA is running low on the accessories. The currency is staples to the limit, so they haven't intervened almost every day. The US dollar as of today looks like it's breaking high and it's going to get stronger, which will only put more pressure on this situation. How does it play out? What's going to happen in this?