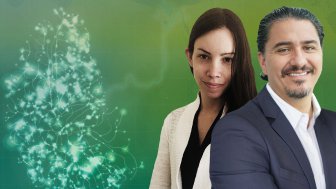 From Lyn Alden’s perspective, “We can do all we want…

In the Dollar We Trust: Has the US Lost Its Economic Power?

In the Dollar We Trust: Has the US Lost Its Economic Power?

What Is Money? A Look at its History & Meaning

What Is Money? A Look at its History & Meaning

Transcending the limitations of geography and traditional currencies, Bitcoin provides new alternatives to the current U.S. monetary system. CoinShares’ Chief Strategy Officer Meltem Demirors joins Lyn Alden to discuss what she believes is the future of currency. Demirors says that, “At this point, not owning Bitcoin is fiscally irresponsible.” She argues that money has always been the limiting factor, and if one was dissatisfied with what's happening in the country, it was impossible to exit the US dollar. “And now, all of a sudden, people have the ability to exit, and trillions of dollars of value are choosing to exit the system and flow into a new system, one that's built on an entirely different set of technologies, but more importantly, an entirely different set of ideological principles, an entirely different set of sort of identity constructs that are still being developed, but are so fundamentally different from what we've seen over the past four centuries.” Recorded on October 29, 2021.