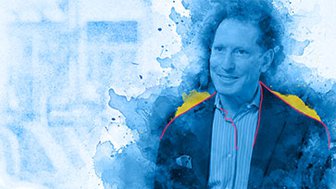 Josh Wolfe of Lux Capital joins Michael Green of Thiel Macro to talk about the consequences of a shifting market balance between active and passive management. Wolfe argues that capital flows are now more important to the market than the fundamentals of the individual securities. This clip is excerpted from a video published on Real Vision on March 15, 2019 entitled "Robotics Successes and VC Madness."

JOSH WOLFE: I see good news. I see bad news. I could come up with a story.

But if I know that a company is actually doing well, fundamentals are good, but the flows are bad, suddenly people will say, wait a second, there's this breakdown in this relationship. There's no reason that this company should be below the historic values of this and that. Now the question is, what causes the flows to suddenly reverse And for massive amounts of inflows into equity to reverse and go into debt or something else? But it seems to me like today, flows trump fundamentals.

JOSH WOLFE: And when outflows trump fundamentals, then people will suddenly say, wait a second. Active investors make more sense than passive because clearly, you can look at this and observably discern that this is a quality company-- that Apple, let's say, is not going to be worth $100 billion. There's massive outflows, and it's just structural. It seems like it will invite an analysis and reinvention of market structure.

MICHAEL GREEN: So-- well, you can actually think about it-- and this is a lot of the work that I'm doing currently, right? The way my industry is managed is on the term alpha, right?

MICHAEL GREEN: And alpha is literally just the simplistic solution to a linear equation y equals mx plus b where it's the intercept, right? The issue is, if passive penetration is influencing the return-- i.e., if it's a multi-variable equation-- and you fail to disclose the component of the return that's associated with m2 x2, right, you create curvature in space. And inflows would drive a positive curvature to space. The linear solution to a positively curved space is negative alpha--

MICHAEL GREEN: --and negative intercept, right? And that's what's actually happening, I think, in our industry-- that we've completely misdiagnosed the dynamic. We think that there is an excess of active managers and that they're over-competing away the opportunities. I would actually suggest that what we're about to find out is that the penetration of passive drives the solution set for alpha by active managers negative. And when it reverses, as you're describing, that convexity flips.

JOSH WOLFE: I'm visually imagining a bunch of surfers, you know, at sea. And they can actually per beta move the waves. But suddenly the wave becomes so big--

JOSH WOLFE: --that their individual movements have no impact.

MICHAEL GREEN: That's 100% correct. And so we see this. if we-- so I've built simulations of some of this stuff. And I want to focus on you in a second, but this is exactly what's happening. The wave is becoming so big that it's swamping any of the individual actions.

JOSH WOLFE: Now the relevance for me is in the absence of the buyers, you know, who provides liquidity for us? You know, in the case, you know, we're talking about ORS. J&J was a motivated buyer, all right? They're motivated to compete with Intuitive Surgical.

You've got a new cycle about talcum powder. And so you can identify post facto reasons, you know? What would be the drivers of this?

Because I'd love to believe it's just because, you know, robotic surgery is amazing, and ORS is the most incredible company in the world. There are other things in work. And if we can identify that, we might be able to skew our odds across many of our private companies. Who is the natural buyer here? But it isn't always obvious to us.

MICHAEL GREEN: I think that's actually going to be the crux of the situation. You're hitting on possibly the most important question that comes out of venture, right? And so far in the presence of that wave of liquidity that's coming from SoftBank and others, the answer is, well, why would we need to?

JOSH WOLFE: Well, and it's not clear. It isn't necessarily a wave of liquidity coming from SoftBank.

JOSH WOLFE: It's a wave of marginal pricings.

JOSH WOLFE: Because unless you're getting liquidity, my view is you're getting zombie shares. We're getting a nice paper mark. And many people will use that paper mark to actually make then irresponsible decisions, which is, in a sense, that illiquidity is almost like leverage because if you have a ton of money in your private portfolio as an endowment, you're like, hey, we're doing pretty well on the private equity side, right? I mean, we got all these great marks.

And then you either allocate more to it, or you over-allocate to another sector. And then all of a sudden, you know, that $1 billion mark goes down not again to $800 million but to zero. It's the equivalent of having like a 20% turn in something that is levered 4x or 5x.

MICHAEL GREEN: I think that's exactly the right analogy, right? Because what you're effectively doing is-- and I misspoke when I use the term liquidity. You know, if I keep pricing it higher, right, you're right back to this underlying dynamic of a structured product with a waterfall structure, right?

And you're pushing yourself further and further out the equity spectrum. Some would argue this is central bank-driven. I'm less convinced of that, by the way.

But you have created this underlying dynamic where you're being pushed out, right? And what I would suggest to most venture players-- public markets are not there for you, right? So you need to figure out who is the Johnson & Johnson.

And perversely, you can't have Johnson & Johnson buy you. You can't have General Motors buy Tesla or Toyota buy Tesla when the valuations get pushed to the levels that they're getting pushed. Can anyone show up and buy Uber? It's highly unlikely.

MICHAEL GREEN: The only buyer is Vanguard.

MICHAEL GREEN: And they don't care.