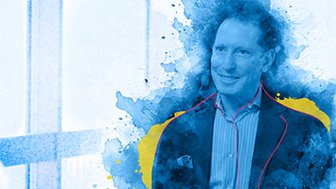 Howard Klein, CEO of RK Equity Group and RK Equity Advisors, joins Ed Harrison to discuss opportunity in the lithium industry. With nearly two decades of experience in the mining and energy space, Klein breaks down the growing market for lithium especially in batteries for electric vehicles. This video is excerpted from a piece published on Real Vision on March 28, 2019 entitled "The Lithium Bull."

HOWARD KLEIN: About 9 years ago when the Nissan Leaf and the Chevy Volt, what I call that, the first round of EVs came or hybrids came, I got involved in helping companies that are developing new mines in lithium. It was a bit of a false start in 2010 period. But Tesla and Elon Musk with the Gigafactory and the success of Model S, and then Model X and now the Model 3, and the transformation in China and Europe toward bringing many, many more electric vehicles to market over the course of the next number of years has led to a massive demand shock to a very small industry, which is lithium.

Lithium used to be controlled by three companies, Albemarle, SQM and FMC but it was only about a one billion revenue market, 200,000 tons a year, that now is forecasted to grow to about a million tons a year by 2025 as a result of both electric cars, but also energy storage for utilities.

ED HARRISON: You spoke about Tesla first and foremost, and that's a big buzz word. But in terms of this, we're not actually going to be talking about Tesla. So, why are we talking about lithium? Why is lithium- rather than Tesla- the investment idea for you?

HOWARD KLEIN: Well, Tesla is I think a great company. They make great products. I can't comment on the valuation of the stock, it's very high, or if you compare it to other car companies, for example. So, is it a car company? I don't know.

But if you go back to the 1920s, there's a massive disruption happening to the car sector, the transportation sector and the utility sector where if you just look at the car sector, if this were 1920, you would have a choice of 300 car companies you can invest in, and maybe a half a dozen or a dozen oil companies to invest in. Over a very long period of time, the upstream fuel- the oil companies were a better place to put your money than to try to pick which of the car companies were going to be the winners and we ended up with the Big Three.

So, Tesla is priced to perfection. Battery companies like Panasonic and Samsung and LG Chem, it's a very competitive business but the margin- very substantial margins- are available in the lithium- what I call the lithium fuel for the batteries which are feeding the cars. And because it's such a small industry, that's growing- the lithium is forecast to grow 20% or so per year. That's 5 to 7 times GDP.

So, the investment thesis is high sustainable margins in a mega trend which is as we go from 2% penetration to 30% penetration, I see a 10 to 15-year mega trend or longer and companies that are developing new deposits have significant upside and those who are currently producing should grow 2 and 3 and 4 times over the next 3, 5, 7 years.

ED HARRISON: The question I have in terms of- for viewers, this is a show about 6 to 24-month timeframe in terms of investment. Where would you put your money in this space over that medium-term timeframe?

HOWARD KLEIN: That timeframe is somewhat complicated, because I believe Albemarle should perform very well in that timeframe because it's undervalued. Its overall EBITDA rating is lower than it has been historically. So, to answer your question about a 6 to 24-month timeframe, I do believe we're in a period- Albemarle stock grew from $50 or $60 to $140 around this time last year, but it's fallen back to $85.

But sentiment drove their- when they were at $140, their EBITDA multiple was something like 20 whereas historically, it was more like 15 or so. So, when Bitcoin went up at the end of 2017 like a whole host of- there was a lot of sentiment and risk on into commodities, into lithium- partly the Trump tax reform expectation deregulation and a lot of that went away in much of last year. So, there was a lot of negative headwinds which has brought Albemarle down.

ED HARRISON: So, talk to me about this supply-demand. Where is this demand for- in electric vehicles- for lithium coming from?

HOWARD KLEIN: Well, the demand is coming from the electric cars that are- battery factories are being built significantly. So, when Tesla announced their Gigafactory in 2014, they're one of four. There's an industry consultant called Benchmark Minerals and that tracks this very carefully. So, there were four mega factor- I think 5 gigawatts or more was their standard.

There were four in 2014. There are now something like 71 battery mega factories, about 2/3 of which are in China, but also in Korea. There's some in Poland and Hungary and other European countries. And there are some being built here. Today in the news, SK Innovation is a Korean company that is building anywhere between 1.7 to 5-gigawatt battery factory in Georgia.