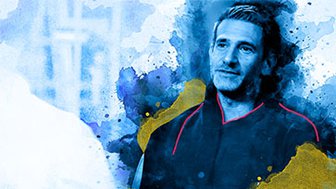 Mark Yusko, CIO and managing director of Morgan Creek Capital Management, talks with Grant Williams about how technological advancements have impacted the finance industry. Yusko discusses that investing strategies come in and out of fashion and how that applies to markets today. This clip is excerpted from a video published on Real Vision on February 18, 2019 entitled "Value Doesn't Die."

MARK YUSKO: One of the reasons I'm down here in Cayman is this conference, and it's about "techtonic" shifts and that integration of technology, and AI, and machine learning, and all of these things that are impacting our business. And you think about it, I think the stat they threw around this morning was 80% of trades now are machine to machine.

MARK YUSKO: Big, great managers from years past are all washed up, and they have no role. And it's all about the quant jockeys, and--

MARK YUSKO: Look. It is the best strategy over long periods of time. It always has been. It has to be. Right?

And the problem is, when you have periods of excess liquidity, it favors growth and momentum. And it favors passive. Now, I get really edgy or itchy when you start talking about this passive thing. Because there's no such thing as passive. There's only slow active.

MARK YUSKO: Passive is a myth. It's like smart beta. It's an oxymoron. It can't be. Beta is dumb, meaning rule-based. And the problem with passive is it's rule-based. It follows rules, and it can't think.

And so what happens is in periods of excess liquidity, that liquidity goes into these passive strategies. They have this reflexive, self-perpetuating, virtuous cycle which pumps up prices. But then as we saw in the fourth quarter last year, once it reverses, that reflexivity goes the other way.

Now, again, they can't think. They just sell, and people withdraw money. They must sell more. And so now it turns vicious. And so I think that's where we are today. And people are going to wake up the same way they did back in 2000-- go back to 2000. OK, Seth Klarman, not even arguable whether he's one of the best investors of all time--

MARK YUSKO: --in 2000 was a bum, didn't know what he was doing. No one would give him any money. Value is dead. Active management was dead. Hedge funds were evil.

MARK YUSKO: Because value doesn't die. It goes out of favor. It goes into hibernation, I guess. It's not even hibernation because it's not doing it. Right?

GRANT WILLIAMS: Well, then tell me. What is it? Right? Exactly.

MARK YUSKO: It's perception. Look, our business has evolved over time to be more media-facing, more-- there's television advertising. In the old days, there's no way you would advertise, other than maybe when EF Hutton talks, people listen, or so-- whatever.

MARK YUSKO: And but there wasn't this constant drone of advertising and trying to gather assets. And it wasn't a business of the business. It was, we take care of your money. We're stewards of your capital. We're fiduciaries.

Now it's about gathering your assets and taking a piece before you take them back from us. And I think that has led us to this point where companies have built brands that attract capital with this, I won't lose it, and I won't underperform this random benchmark that we all look at, the S&P 500.

But if I underperform the strategy of value, which is to buy things when they're cheap and sell them when they're dear, over a long periods of time, you're not going to care because you're only looking at the short-term window of performance.

MARK YUSKO: And you and I talked a little bit about this over dinner, is one of the big problems, to me, is we've gone from a culture of ownership to rentership.

GRANT WILLIAMS: Yep, for sure.

MARK YUSKO: We used to own companies. We used to buy things and hold them for a decade. I think the average holding period in the '60s was 11 years. Now it's seven months, something like that. That's crazy. And you can't be the owner of a business. You can't be the beneficiary of strategy and long-term thinking if you hold something for seven months.