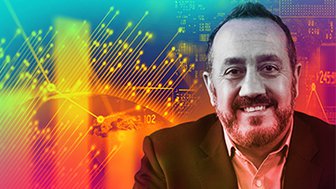 "It's mob rules when it comes to price action," according…

Blake Morrow, co-founder of ForexAnalytix, makes his Real Vision debut with a discussion on an exotic currency pair: the Australian Dollar vs. the New Zealand dollar. He analyzes the charts, highlights the dovish rhetoric from both of their central banks and touches on the geopolitical risks posed by the trade war. Filmed on April 2, 2019 in Scottsdale, Arizona.

BLAKE MORROW: Hi, my name is Blake Morrow. I'm co-founder of Forex Analytix, and also a trader at Gellos Capital. This has been a very tough environment for the currency market, because we have seen extremely low volatility in most of the major currency pairs.

A lot of us have turned to exotic currencies. Today, that's one I'm going to bring you. I'm going to bring the Australian New Zealand forefront, so you can take a look at this particular currency pair, and see if this trade setup is right for you, as well.

Now, one of the reasons why I'm talking about the Australian New Zealand currency pair is, we've had both central banks meet just this last two weeks. The RBNZ met last week, and they became extremely dovish. The RBA, they met this week, and they pretty much stayed dovish.

But the shift in the RBNZ has allowed the New Zealand dollar to drop, and the Australian currency to strengthen. When you take that information, and you talk about the trade dispute that China and the US currently have, if things continue to improve between the US and China, especially as we approach the new election cycle, you might see the Australian currency benefit even further.

In the Aussie dollar, what you're going to notice is that we have rejected the 200-day moving average on several different occasions. You can see it right through here, all the way since the end of last year.

Now, you'll notice the spike down in the Aussie dollar right here. This happened during the Asian session, at the beginning of the year. The reason why, you notice, I don't really count that in my trend line is because that period of illiquidity is when that move happened.

There weren't a lot of participants there. So we saw a lot of stops get triggered, yet no one was really there to take advantage of it-- none of the major players, so it's something I'm not really taking a look at. But, what you'll notice is the Australian US dollar is closing in on triangle support.

You'll see it's not symmetrical, but a very similar, triangle type of consolidation. However, now the New Zealand dollar is actually breaking down. We are approaching the 200-day moving average, which is important to note.

But also, since we've already started this retracement, you'll notice that I'm going to draw just a quick Fibonacci, and we're currently trading through the 38% retracement, which, to me, means that we might actually see the 50%, or maybe even the 618 golden Fib level, down at 0.6623.

This has been since, I would say, the last six months. One of the reasons why the Australian dollar has been so weak is because of the ongoing trade dispute between China and the US. But what we're seeing here, is we're seeing the Australian New Zealand dollar break higher, past this down-sloping trend line.

That's giving it a bullish spin. But if you take into account not only the Australian New Zealand is breaking through that trend line, that we also have what I would consider a descending wedge in the market, which is typical of a reversal pattern.

Once you look at it this way, you'll know that this is a typical reversal type of pattern, and we tend to have a pretty aggressive move out of these patterns, when they do occur. Once again, you'll notice that I did bypass that long wick there.

That did happen during a period of illiquidity, so therefore, I'm not paying attention to it as much as I would during a busier time of the market. Now, I'm going to point out a couple other specifics about this particular chart. You're going to see this previous support. It acted as current resistance.

Not only is it doing it today, but it also happened several weeks back. So, it's telling you that this 1.05 level-- 1.05 level, is a very important level of resistance for this particular pair. Now, since we've broken out of the descending wedge, that suggests that we are going to have an explosive move higher.

By the time you see this particular video, we will be past the Australian retail sales, which shouldn't move the needle too much, however, it could. And if that is the case, then you're probably going to be using this 1.05 level as an area of support to look for potential longs.

Because what I'm looking for with this particular breakout is to buy the Australian New Zealand dollar above 1.05, placing my stops below 1.04-- that means below this trend line, and then looking for a target a lot higher. So the question you might be asking is, well, what type of target would you be looking for?

Now, a lot of you might be wondering, well, what could entice this particular currency pair to go higher than the 1.08 level? Well, we are-- as I mentioned earlier, we are in an election cycle, and President Trump probably wants to make things better with China, and get the negotiation process passed, and find some sort of resolution to this trade war that we're dealing with.

So if that comes to pass, sooner rather than later, the chances of a continued rally in the Australian versus the New Zealand dollar is going to be much greater. Because the Australian dollar was impacted worst on the downside. So if you get a reversal, and it moves higher, it's probably because of not only a shift in the two central banks, which we talked about a little bit earlier, but also a shift in what's happening regarding the trade relations between the US and China.

So if China's economy continues to improve, and also we continue to see the trade talks progress, and possibly-- quite possibly, come to some sort of resolution where we remove the tariffs off China, you're going to continue to see Aussie buying, New Zealand selling, and a currency pair that can move a lot higher than this.

Now that we finish up looking at the Australian New Zealand currency pair, there are a few things to take into consideration. A lot of people, when trading exotic currencies, they get confused, because both currencies happen to be moving lower or higher against the US dollar.