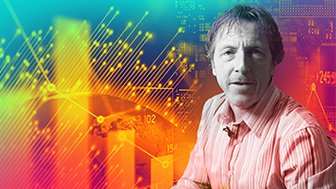 Fahad Khalid, CIO of Jaguar Analytics, highlights one particular cruise company with growing pricing power: Royal Caribbean. Khalid analyzes the fundamentals, runs through the charts, and reviews how to make the play. Filmed on April 16, 2019 in Plymouth, Michigan.

FAHAD KHALID: Hello, everyone. My name is Fahad Khalid. I am the Chief Investment Officer of Jaguar Analytics. A little bit background about ourselves. Jaguar Analytics was founded 3 and a half years ago. We are a specialty equity research firm that follows a very specific set of criteria to point out directions in the market for our clients, as well as provide them a specific trade ideas, long and short.

Our approach is really driven by three critical principles-- one, fundamentals; number two, technicals on the chart; and number three, unusual options activity. When all three critical ingredients come together, that's when we have a fantastic setup to step in with hard targets, as well as the stop losses. Coming back to three-pronged approach real quick, the fundamentals tell us, as I tell my clients all the time, the fundamentals tell us what to buy. The technicals tell us when to buy, and the option activity tell us how to buy.

So here we're going to use one specific example, as I'm going to give you a live trade idea using this three-pronged approach. And hopefully we can all make money at the end of all of this. The stock I have for you is Royal Caribbean, symbol RCL, I'm sure many of you are familiar with.

Let's take a look at quickly on the fundamental side of things of Royal Caribbean. The company, Royal Caribbean, is coming out from a long phase of erratic earnings history over the course of the last several years. There's a particular reason for that. A lot of mispricing was taking place in the Caribbean. The routes were very, very sticky, with too much competition. China had cut down on routes on the Pacific Ocean to South Korea. And a typical slowdown that was shaping up on the European route.

So globally, there was a downturn for the entire cruise ship industry. That changed, particularly for Royal Caribbean starting from December 2018, so only like four months ago. Royal Caribbean, after developing for three years, launched a brand-new cruise ship called Celebrity Edge.

This Celebrity Edge cruise ship is state of the art in the industry at this particular time. And since then, what we are seeing in our channel checks is very high pricing power that Royal Caribbean is enjoying compared to all other cruises out there. On the high level, Royal Caribbean Caribbean routes are showing for Celebrity Edge pricing that is 150% above its peers. And for the European routes, the Celebrity Edge is showing pricing 85% above peers.

Not only that, we're also seeing booking rates, or the ticket pricing for both first quarter, as well as the second quarter, very, very high. So let's take a look at a few charts real quick. The first one I have for you is this Q1 ticket price change year over year.

Take a look at this one particular chart. What you will see is basically a nice comparison of CCL, which is Carnival Cruise, Royal Caribbean, and Norwegian Cruise, NCLH. Take a look at the pricing that Royal Caribbean is seeing for its first quarter bookings, the ticket price changes. It's a parabolic chart. It was up 11% in November and then further sequentially increased to 20% year over year in December, while the other two did not perform so well.

With that said, let's take a look at the second chart. And this chart is the second quarter of 2019 ticket price changes year over year. So this is the quarter that we're in currently, right? So we're going to have earnings coming up next week some time. That's going to be reflective of the first quarter's strong booking trends. The second quarter earnings will not come out until July of this year.

This is the fastest growth rate we have seen in Royal Caribbean over several years. And that becomes the foundation of my fundamental bull case around the company. Now, with all of this said, let's take a look at the technicals on the chart.

If you look at this next chart, this is a picture that comes to attention. And you will see a very nice, clean breakout from a down-trending resistance on decent volume, not very high volume, but on decent volume. The bars that you see on the left-hand side, those horizontal bars, these are volume-over-price bars. We like to keep these in place for the charts because they show a congestion level, where the bulls and the bears have been battling out.

So whenever the price moves above those congestion bars or below those congestion bars, that generally signifies a trend change, or basically one type of particular class of people basically working out in their favor, whether it's bulls or the bears. In this particular case, we have a technical breakout with price action moving above the volume-over-price bars. Also, on the very top pane of this chart, you will see the RSI, the Relative Strength Indicator. That is showing a bull cross.

And then the bottom pane of this chart is showing MACD bull cross. So we have all the momentum technical indicators lining up nicely. And we have a chart that is starting to breakout from the down-trending resistance.

The next chart I have is a little bit of longer term in nature. In this particular chart, you will notice that we have highlighted certain particular spots for stop losses, as well as for targets. For our target on this stock as it breaks out through $123 per share today, is $129 to $130 per share. And we believe the stock is going to get there over the course of next couple of weeks. The catalyst may very well be the first quarter earnings report that is coming out next week.

On the downside, the support comes in around $110. But really, for these purpose, we're going to use a pretty tight stop at $115 per share. So that's where we will basically draw the line. If the stock falls below $115, we're out of the trade.

The first target is $128 to $130 per share. If it goes through that, we want to take partial profits off the table while we'll stay bullish for further upside, depending on what the companies says on its fundamental outlook for second quarter, as well as full year, when the earnings come out next year. So technical picture layered precisely with a strong fundamental picture.

One last thing I will also just add that may potentially provide a catalyst beyond earnings. So the earnings are going to be out on April 25th, I believe, which is the last week of April. But then in early May, the company is opening its brand-new, one-of-a-kind amusement parks in the Bahamas called Coco Cape.

There are no earnings expectations out there from the Street, by looking at all the Street-published estimates that are building any kind of upside from this amusement park opening. The company hasn't really advertised much of it. But this is a $200-million development that has been taking place for the past 18 months or so. And it's now finally coming to completion. And it will be opening in May some time.

When you combine the opening of this amusement park in Bahamas with a new cruise ship that launched in December 2018, which has total pricing of 150% above its peers for the Caribbean routes, I really believe that, when you look at the overall consensus views on the Street right now, the published earnings estimates that are on Yahoo Finance or Google Finance, I believe they are significantly understated at this particular time.

I think you're going to see the company report a very strong quarter, blow the numbers out, and then guide up for the second quarter, as well as for the full year 2019 and perhaps even beyond that. And I believe the stock will be rewarded through both multiple expansion, as well as forward earnings estimates going higher.

That is my bull case on Royal Caribbean. I hope this was productive. Looking forward to the next one. Thank you very much.