Using Silver to Play the Dollar 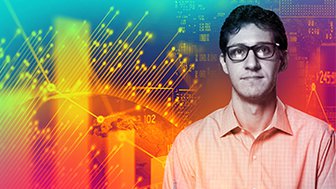 Steve Strazza, co-founder of The Chart Report, notes the upside…

Using Silver to Play the Dollar

J.C. Parets, CMT, of All Star Charts, believes the U.S. dollar's recent move higher is reminiscent of the many false breakouts he has seen in his career. He analyzes the recent price action and the technical setup for the U.S. Dollar Index, breaks down its components, and explains how he would use precious metals to profit from a weakening dollar. Filmed on April 30, 2019 in Sonoma, California.

JC PARETS: Hi, I'm JC Parets with allstarcharts.com. And today, we're going to talk about silver. Based on the weight of the evidence, its momentum is diverging. The way price is behaving, the way sentiment is lined up, we want to continue to bet on a weaker dollar environment. And I think silver is a good way to do that.

All right, so the first chart that we want to look at is the United States Dollar Index. That's really where this thesis all begins. So we've been running up against this resistance since late last year. And we've been bearish dollars. And we haven't been right, but we haven't been wrong either. It's essentially traded sideways. But I think that the storm that's been brewing is just about getting here.

You know, I've been in this business for a few years. And I've seen a failed breakout or two in my day. And this really just has all the makings of it. We broke out above key levels from the last six months. By our data, we're looking at sentiment being very, very bullish of US dollars, too bullish, in fact. Everybody and their brother sees this breakout coming. I don't trust it. And we want to be essentially shorting US dollars if we're below $97, $97 and a half, $98. That area that's been trouble over the last six months, if we're below that, we want to somehow be trying to take advantage of what's going to do well in a weakening dollar environment, right? And I think silver is that. But we'll get there in a minute.

We look at momentum using a 14 period RSI, for those of you who want to pull it up at home. And I recommend looking at the 30 level, the fact that we have remained above 30 in euro, in Japanese yen, and in British pounds, to me, all says the same story. I think that these currencies will appreciate and the dollar will weaken.

Now, let's turn our attention to precious metals, right? When we talk about a weaker dollar, what's the first thing that stands out, right? It's gold. So we're going to be looking here above, on the chart above. It's the US Dollar Index inverted. So it's the dollar index upside down.

And one thing that we'll notice here-- obviously, the peaks and the valleys are essentially the same. However, over the last year or so, with lower lows in this chart, which are higher highs in the US Dollar Index, we've seen a rally in gold. So even in a strengthening dollar environment, which it really hasn't strengthened that much-- it just hasn't gone down-- gold has done very, very well. So I find that relative strength in those intermarket relationships to be really interesting.

So what's the trade? The trade, in my opinion, is silver being used as a leveraged play on gold, which is essentially a leveraged play on a weakening US dollar environment. So when I think the dollar's going to get crushed, what do I want to do? I probably want to own some silver. And it just so happened that Mr. Market provided us with a very well-defined risk level, $14. If we're not above that, I don't think there's really any reason to be long.

However, if we're above $14, I think that this scenario plays out. We're essentially buying this weakness. Momentum is in a bullish range. And I think this pattern resolves higher and heads towards $17.

All right, today's trade is silver. There are a lot of ways to do it-- options, futures. I think an easy way to do it is using the exchange traded fund, SLV. I think it provides a very well-defined risk level, which is $14. So we only want to be long SLV if we're above $14. And I think we have over 20% of upside. We want to be taking profits between $17 and $17 and a half.