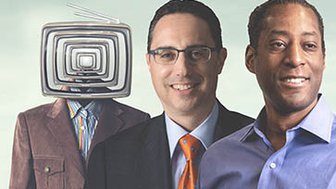 Demographics I: Pensions in Crisis

Demographics I: Pensions in Crisis

Buck and Bolesta: Secrets of the VIX

Buck and Bolesta: Secrets of the VIX

May the Odds Be in Your Favor

May the Odds Be in Your Favor

Around the World in Emerging Markets

Around the World in Emerging Markets

History as a Compass — Coronavirus, Financial Crashes, and Lessons from the Past

History as a Compass — Coronavirus, Financial Crashes, and Lessons from the Past

Former Enron CFO Andy Fastow is infamous for his role in Enron's collapse; however, since serving his time and reflecting on his actions, he has turned over a new leaf, speaking about ethics and the problem of "legal fraud". In this interview with Quinton Mathews, managing member at QKM, Fastow argues that the biggest problem is the incredible number of loopholes that exist, allowing executives like himself to mislead and misrepresent without ever breaking a specific law and even having these misleading statements signed off on by corporate lawyers and auditors. Using poignant examples from Enron and other companies, Fastow highlights many of these loopholes and makes the case that closing them alone could not prevent the problem. Since leaving prison, Fastow has also began investing in a potential solution—Keen Corp's natural language processing software, which he believes if implemented could help corporations to avert white collar crime and detect problems in their ranks before gaining too much momentum. Andy Fastow can be contacted at FormerEnronCFO@gmail.com and KeenCorp can be contacted at NorthAmerica@KeenCorp.com. Filmed on December 16, 2020. Key Learnings: "Fraud" is not always a question of breaking a specific law, and there will always be routes for executives to "legally" mislead and misrepresent. Investors conducting fundamental analysis must be cognizant of this and do their homework when examining financial statements.