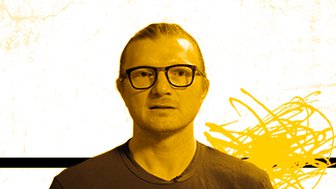 Jesse Powell is the CEO and founder of Kraken.com, one…

Barak Ben-Ezer, CEO and co-founder of SFB Technologies and The SOV, talks with Gaby Heffesse of ACG Analytics about the potential of The SOV - the world’s first sovereign cryptocurrency, based in the Marshall Islands - to become a useful tool in the global financial system. This clip is excerpted from a video published on Real Vision on June 19, 2019 entitled "Building the First Sovereign Cryptocurrency."

BARAK BEN-EZER: It's hard to speak about countries. But the people who are leading those countries, or their monetary systems, they are totally aware that there's a new type-- there's a new game in the block. It's called blockchain. It's called crypto.

And they are aware, I believe-- and this is also my impression from interacting with them-- that this is where the puck is heading. You've got to be there. But obviously, they're also very apprehensive. They're very conservative in nature.

And so I actually believe that-- and Dr. Dittus, our chief economist coming from this system-- we believe that central banks would love to have a system like that as long as it has the stuff that they need, like a blockchain that has a certain customer in mind. And this customer is a government or central bank.

Think about a central bank now that has cryptocurrency as their legal tender. They can actually have much better read on how the economy is doing. They don't need to do polling like you did 100 years ago. You see in real time the velocity of money. You see transaction. You can even see aggregate, anonymized data on what are people spending on, how is consumer spending going, what are they spending on. It's actually-- when you think about it, it's a central banker wet dream come true.

GABY HEFFESSE: Well, but on the other side, one of the main things we rely on is the ability for a central bank to change the rates depending on-- to alleviate the economy when need be or tighten the economy when they see different data flowing through. So you're really taking away a very big power in the central bank. And the Marshall Islands, they don't have it anyway because it's the US dollar. They're not controlling it. But these countries that are really playing around with their monetary policy to complement their fiscal policy, they might be very hesitant to want this.

BARAK BEN-EZER: So some people would view what you're describing-- centralized control over the money supply-- as a feature, like the Keynesian approach. And some people, like Austrian School economists, would see it as a bug. They would think that the market needs to set supply and demand of a currency just like any other commodity.

And so the Marshall Islands decide to go with this approach. And mind you, even before that, they were not controlling the money supply. They were using the US dollar. So someone else was actually was controlling it. Now they have a blockchain system controlling the money supply. Other countries that might use the technology that our company is building might want to use a different monetary engine. So it's kind like we're building it where the monetary engine is a module that is plug and play.

And so if the Central Bank of Canada or Sweden would like to use our technology, they could-- they can basically-- we can develop a monetary engine they would suit their needs where they can control stuff. So it's quite flexible in that regard.

GABY HEFFESSE: They would control the money supply. So instead of changing rates, you would control how much currency is out in the system.

GABY HEFFESSE: So do you think one day, the United States Treasury might wake up and say, hey, people trust the SOV and these digital currencies more because there isn't a central bank who can tomorrow change their interest rate and change the value of the currency? People feel like now it's this more commodity-driven digital currency that's driving it, and the US dollar just doesn't have value over a period of years.

BARAK BEN-EZER: I think we still have a long time until something like that might happen. People still have a lot of faith in the US dollar. I do think that the future of money is digital, and I believe in free markets and competition. And I think there should be all sorts of flavors and different type of currencies. Right now, we only have this one type of fiat currency which is centrally managed by a central bank.

And I think that people, once they start using a sovereign currency that is also digital, can settle immediately with no fees. You can also be the custodian of your own money. And you know that the money supply is set and is not being manipulated by a central bank. This type of-- all those benefits and the certainty and this temper-proof nature of this currency might set it apart in the competitive landscape of currencies.

And so more and more people will start using it. And as more and more people will start using it, the sovereign currency of the Marshall Islands, bigger countries and bigger governments might start to wake up and say, we want to be also competitive in this market of national currencies. And we cannot stay with just a paper version of our money. And they will go this direction as well just to remain competitive, in the same manner that today, governments are using the internet and email and all that. You cannot escape it. You either go with technology or you're left behind.