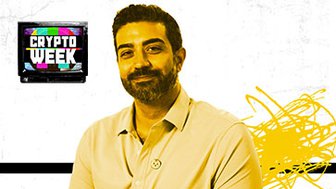 The Creators of Crypto · Featuring Charlie Lee and Michael Green

Charlie Lee, creator of Litecoin, joins Michael Green of Thiel Macro to talk about how his background led him to digital currencies. Lee sees bitcoin as a better form of gold, and litecoin as the equivalent of silver in a new digital monetary system. This clip is excerpted from a video published on Real Vision on June 22, 2019 entitled "Behind the Creation of Litecoin."

MIKE GREEN: The idea behind Litecoin was to improve the efficiency for transactions, the actual utility of Bitcoin.

CHARLIE LEE: We made it faster. It's two and a half minutes per block as opposed to 10 minutes for Bitcoin. The general idea was to compliment Bitcoin. I saw it as a market as silver to Bitcoin as gold, I see Litecoin-Bitcoin working side by side.

MIKE GREEN: And so, this is not a competing cryptocurrency effectively? You actually really do see this as symbiotic relationship.

CHARLIE LEE: I do. But in some sense, it's competing. It's competing for my share. Definitely, it's a different coin. So, if people using Litecoin, they may not use Bitcoin. So, it does compete a little bit, but I see it more as complimentary.

MIKE GREEN: What got you interested? Because you have a very different background than most people. First of all, you were not born in the United States or even China as I understand. You came from the Ivory Coast. How did you end up there?

CHARLIE LEE: When my dad was there, he had a business so grew up in Ivory Coast and came to the US when I was a teenager.

MIKE GREEN: And did you come with your family at that point? Or?

CHARLIE LEE: Okay, I actually came by myself, boarding school in the East Coast.

MIKE GREEN: Do you mind- and so, you went to boarding school on the East Coast, this is a choice of your family's or is this something that was interesting, important to you?

CHARLIE LEE: It was a choice of my family, I think the environment in Ivory Coast was getting a little bit crazy with overthrowing of the governments and just demonstration on the streets. So, they decided to send me and my brother to boarding school, also for a better education.

MIKE GREEN: And so, from boarding school on the East Coast, you then went to MIT where you focused in computer science, correct?

MIKE GREEN: And from MIT, you went to the West Coast to Silicon Valley?

CHARLIE LEE: Yeah, I went to Silicon Valley and been there ever since.

CHARLIE LEE: Yeah, at the peak of the dot-com boom.

MIKE GREEN: So, you got to live through the peak of dot- com boom, you began working for Google One.

MIKE GREEN: So, this would have been right after Google went public then?

CHARLIE LEE: A couple years after.

MIKE GREEN: 2007. Okay. And when you think about that transition to Google, one of the things that Google has encouraged its employees to do is to take time to focus on personal projects. Is that where your interest in Bitcoin and Litecoin emerged? Or how did you move from working on Chrome, which was one of your projects, as I understand it-

MIKE GREEN: - to focusing on crypto?

CHARLIE LEE: Yeah, I was actually just spending all my time outside of work on cryptocurrencies. I found out about Bitcoin in 2011. And just went down the rabbit hole and been, I guess, in it ever since.

MIKE GREEN: What was the motivation? What got you interested? What was- other than the mathematical challenge of crypto, which I know can be exciting for some people?

CHARLIE LEE: Yeah. I saw Bitcoin as a better version of gold, actually a better form of money than we've ever seen. And that just captured my attention. I've always understood how gold and silver were used throughout history as money, and how we came to the fiat currencies we have today. And I just saw Bitcoin as just very similar to gold, but better. And it could actually replace the current monetary system. And I also understood like the math and the cryptography behind it. So, because really catching my attention.

MIKE GREEN: A lot of people became interested in Bitcoin, the work of Satoshi was published in the immediate aftermath of the global financial crisis, was that a motivating factor for you looking at the current system and saying this didn't work? Or?

CHARLIE LEE: Yeah, definitely, like, I saw that for one thing, currently, we have a system of money that the government can inflate away. They can, with quantitative easing, and other things, they can just print more money, and devalues everyone's currencies. And I also saw that, because of that, it's not good to keep your money in the bank. Because your money will become less valuable over time. So, it forces people to essentially gamble with their money. They have to put it in the stock market, or some other asset class that doesn't get devalued or that has potential of making more money and effectively, just keeps the same purchasing power because of devaluation of the US dollar. And if you make three, five, 10% on your investment, effectively just keeping the same purchasing power. So, I think it's just a broken system and with something like gold, or Bitcoin, probably it's a better form of money, I would say.

MIKE GREEN: And so, are you ambivalent between the idea of an alternative currency in the form of gold versus Bitcoin? Or Litecoin? Or is it do you see the need for an electronic version because of the challenges of gold, transactions, et cetera?

CHARLIE LEE: Yeah, definitely. Gold is great. Government can't devalue it. It's fixed supply. But the problem is their storage cost. And then, if you want to transfer it, it's not easy to transfer gold cross country, across borders. But something like Bitcoin and Litecoin, it has pretty much all the good properties of gold except it's not physical, and then you can store it cheaply, and you can transfer it cheaply. It's just a better form of gold.

MIKE GREEN: So, one of the challenges that I always look at when I look at this idea that it's a better currency, there's a school of thought that says currencies are about the efficiency or the ease of use, which definitely crypto and even arguments behind things like electronic gold or gold script, et cetera. By and large, attempt to address certainly our credit based system is much more associated with the ease and facilitation of transactions. But there is a second role, which is the role of the state, which has a monopoly at least under current constructs on violence and the enforcement of contracts as it relates to those currencies. How do you think about crypto addressing those dynamics and the transition process, in which the state will ultimately have to forfeit that monopoly?

CHARLIE LEE: From my point of view, I don't think the state needs control of money. Money is just a way where people can transfer and store value. There's no reason why the state needs to have control over it. I've only recently have we do we have like the concept of fiat currency where the state has control over it? For throughout history, we've always used things like gold and silver as real money, as ways to transfer and store value. And I think Bitcoin will help us get back to that better way of people using money.