“The Fed Has Everything Backward” 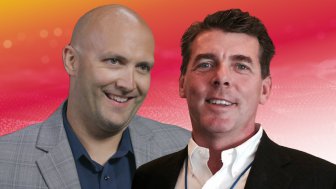 Hedge fund manager Jim Roppel is an optimist. But he’s…

Where Should You Put Your Money Right Now?

One Minute on What’s Happening With the Dollar

One Minute on What’s Happening With the Dollar

Who Will Rule in Rome?

Who Will Rule in Rome?

What Is “Convexity,” and Why Does It Matter Right Now?

What Is “Convexity,” and Why Does It Matter Right Now?

Why It’s Time To Broaden Your View of Central Banks

Why It’s Time To Broaden Your View of Central Banks

Can the Fed Do Anything But Fail?

Can the Fed Do Anything But Fail?

Why This Isn’t a Great Inflation Redux

Why This Isn’t a Great Inflation Redux

A Life in Charts

A Life in Charts

Spring of Hope or Winter of Despair?

Spring of Hope or Winter of Despair?

The Bullish Case for Crude Oil

The Bullish Case for Crude Oil

Are We Asking the Right Questions?

Are We Asking the Right Questions?

Great Trades During Tough Times: Lessons From a Master

Great Trades During Tough Times: Lessons From a Master

Why One European Crisis Will Create Another

Why One European Crisis Will Create Another

How a Nuclear Renaissance Can Save Europe

How a Nuclear Renaissance Can Save Europe

The 2020s: A Decade of Structural Inflation

The 2020s: A Decade of Structural Inflation

More Fuel for the Inflation Fire

More Fuel for the Inflation Fire

Lessons on Risk and Crypto

Lessons on Risk and Crypto

“The Fed Has Everything Backward”

The Federal Open Market Committee did what it said it would do with its first rate hike in three years, boosting the federal funds target range by 25 basis points. And the market is still pricing in a total of seven such moves in 2022. The Federal Reserve and Chair Jerome Powell are squarely focused on inflation, as the domestic political situation demands. But the Treasury yield curve and the Eurodollar futures curve both suggest the central bank may have its eyes on the wrong ball. As Jeff Snider notes, “The Fed is always behind the curve.” Snider, head of global research at Alhambra Investments, suggests a rising and already high and substantial probability of a slowdown, if not a recession, is the main threat right now. “The disinflationary downside case,” he tells Real Vision’s Maggie Lake, “has been building for a year now.” Growth was already slowing before the effects of a global supply shock took hold. And China’s economy is in such a state that authorities there are taking extraordinary steps to ensure “stability.” Now, war in Eastern Europe is magnifying pre-existing problems. On top of all that, the Fed continues to operate with a major blind spot: a lack of quality collateral. As Snider puts it, what we need is a total system reset. And such a reset could very well be built around the blockchain’s potential to more efficiently match money supply with money demand. Recorded March 16, 2022.