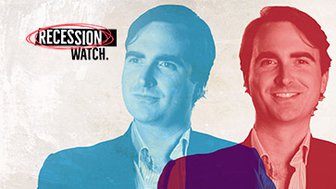 Rob West, founder of Thunder Said Energy – an energy consulting firm, understands that the total decarbonization of the energy industry will be fueled by political attitudes around the world over the next few decades. However, West argues that proponents of ESG investing fail to understand that this transition will involve massive investment in fossil fuels and cooperation with villainized oil majors. He explains his framework for total decarbonization of the energy industry by 2050, and highlights the new technologies and investment vehicles that will be necessary to drive the transition. Filmed on October 18, 2019 in New York.

ROB WEST: Divestment is absolutely not the right way forward to achieve energy transition, just logically. If we want to improve global health care, or life expectancies, nobody thinks this would be achieved by pulling out all of the capital from the pharmaceutical industry.

We need to get more capital flowing to bring these new energy technologies through to fruition.

We need more venturing to incubate new technologies that can actually drive the transition.

I'm Rob West. I run Thunder Said Energy, we're a research consultancy into energy technologies. We help to answer the question, what would you invest in if you wanted to drive the energy transition forwards and how can you make a return doing it?

What is the energy transition?

If we take the energy system that we have today, we need to transform it, we need to get rid of all the carbon and the technologies that do that are going to have to do various things. The first thing is they're going to have to make energy better for consumers than it currently is because nobody's going to get behind technologies that make their lives worse. The second thing is they have to be economical because this is an industry that spends $2 trillion a year. If you can't compete for capital in this industry, it's just not going to move the needle.

The third part is about technical readiness. Technologies, people always joke that technology means something that doesn't work yet, but it has to be close enough to working but within an investable timeframe, you can actually put meaningful amounts of capital into it and make a return on that capital. There's a well-known scale, which we have which is called technical readiness level or TRL. Worth going through this just up front because it might come up later in the conversation.

You should think about this is like the Richter scale of assessing technical readiness. TRL0 is a glimmer in the eye of a scientist. TRL9 is something that's fully ready, fully commercial, and you can buy from industrial conglomerate off the shelf. When we do all our work on energy technologies, we're looking for things that meet those criteria. It's got to be better energy. It's got to be cleaner energy, it's got to be economical and it's got to be TRL7 or above to really get excited.

Why is decarbonization so difficult?

Why is decarbonization so difficult? It's because of the size of the energy system. This is an energy system that consumes 63,000 terawatt hours per year. To put that in perspective, this is like a small kitchen toaster running 24 hours a day, seven days a week, 365 days a year for every single man, woman and child on the planet. It's enormous.

Not only that, the energy is used in ways that can just be so hard to see as a consumer. We think about driving passenger cars as a big source of emissions, it's14%. It's the biggest source but it's only 14 and actually, if I was going to add up all of the components of the entity system that are more than 1% of global emissions, I would have 35 different things on that list. It would include things like cement, which is 8% of emissions or agriculture, which is about 13 or making metals, which is about 10%, or making things like ammonia in order to make fertilizers.

If we end up without enough energy, actually, it's in the stuff that we're going to see problems. We're going to see big inflation in the prices of stuff that really matters to the seven and a half billion people in the world. It's the size that makes it difficult to decarbonize. It's the hiddenness of it. Finally, it's the fact that energy demand is still growing.

As those three barrels go to four barrels by 2050, not to the 13, we have in the developed world, but just from three to four, and as populations in the emerging world go from six and a half billion to eight and a half billion, we're going to end up in a world where there's 60,000 terawatt hour energy system becomes 120,000 terawatt hour energy system. Really, efforts to stop that, they might not be the route to decarbonization, they might end up being the route to real devastating consequences. We need to get more energy into the world but we need to completely clean up and decarbonize this energy industry as we do it, and technology is the only way.

What is wrong with the divestment movement?

I think divestment is absolutely not the right way forward to achieve energy transition. Really, the first way to think about it is just logically, if we want to improve global healthcare, or life expectancies, nobody thinks this would be achieved by pulling out all of the capital from the pharmaceutical industry. If we want to improve education, nobody thinks this is going to be done by cutting funding for underperforming schools. There's general principle that in order to affect meaningful change, we need to divert capital into things not away from them. We'll talk a bit more about how that pertains to energy as we go.

Really, the point that scares me the most about this divestment debate is that if we do this and we pull capital away from the energy system, what's actually going to happen? Let's go through that chain of logic. The idea is, well, we have companies that are investing in fossil fuels. What we're going to do is we're just going to restrict capital access until they can't invest in fossil fuels until the supply goes down. Then when the supply goes down, the price will have to go up to the point that somebody is going to get priced out the energy system.