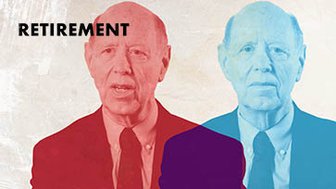 Declining Fiscal Democracy: Understanding the “Pig in the Python”

How can ordinary people behaving rationally create a generational threat? Raoul Pal, in his role as CEO and co-founder of Global Macro Investor, joins Real Vision to explain the interconnected problem of the everything bubble and the coming retirement crisis to answer the question, "why do we invest?" He explains in detail how the baby boomer generation, through the rational and reasonable behavior of seeking to live and retire comfortably, has fueled the creation of a massive financial bubble that touches nearly every corner of the economy as pensions take more and more risk. Pal breaks down the crucial demographic, economic, and political trends that have combined to create the problem and suggests potential solutions for Baby Boomers, Millennials, and Gen Xers to get out door before the fire of the coming recession. Filmed on February 4, 2020 in Grand Cayman. See Raoul's first Retirement Crisis video, which was watched by over 2 million people, here: https://www.realvision.com/tv/shows/the-expert-view/videos/the-coming-retirement-crisis

RAOUL PAL: Why do we invest? We invest for a reason, which is to give ourselves the chance to have a better future. That's what it's all about. The problem is here, as I talked about in the first retirement video, we've got 76 million baby boomers, on average, 65 years old this year or last year, in fact. Everybody is stepping into retirement phase. They all have their dreams. You see the glossy brochures, skipping along with your wife or husband on the beach in Florida in your nice linen shirt, suntanned, and happy and gray head, but that's bullshit.

Hi, I'm Raoul Pal, the CEO, and co-founder of Real Vision. I'm here in the Cayman Islands, representing myself as Raoul Pal, CEO and co-founder of Global Macro Investor, my research business. Actually, it's more than that. I'm here to go on a personal journey with you. This whole two weeks of content, as you saw from the introduction video, is really important to me. I think it's the single most important topic that I could ever help anybody with.

Sure, I can help people in investing, trying to make more money. The reality is, there's something more basic, why do we invest? We invest for a reason, which is to give ourselves the chance to have a better future. That's what it's all about. Saving for retirement, or for a different life. You see, I've been passionate about this story of demographics, and the effects that it's had on everything that we understand to be the financial markets, and the potential effects as that demographic wave of baby boomers starts leaving the workforce.

I'm also worried about how people allocate money when they're getting too close to retirement age. You see, I think I explained in the first video I ever did on this two years ago, the one that reached, I don't know, 2 million people, the most shared video in the history of Real Vision, and the most commented on, was the fact that I saw it firsthand with my father, and some friends of mine who were a bit older, who had retired young. You see, my father retired basically at the 2000 recession, and wiped out a whole bunch of his pension assets. He has mis-sold complex products that he lost fortunes on. He then hit out in the bond market where possible, and I tried to help him through.

As you got into the unexpected consequences of the second wave of financial defaults that came in 2008, it became even more sinister. You see his bonds, which were 10-year bonds, had essentially rolled over in 2010, the ones that I've put him into. Great, he had bund yields at 4.6% and everything was fine, but they were 10-year bunds, then it came to roll them over and the interest rate was essentially zero. That meant he had no income left, that he had to eat into his capital.

The shock that that had to him was huge. He was a man of great pride, an Indian with a lot of pride and for him, to have to face the consequences of your savings, he had a very good career. Not being enough was something he didn't really want to face. One of the things, obviously, he did as almost every person who goes in retirement is they stop crimping expenditure, and he must have lowered his expenditure by 60% or 70% over the years. He passed away last year, my mom's still alive, still living in Spain, and it's easier for one person to manage and there's enough assets for her to go on through, and I'm obviously there to help out.

Just seeing it firsthand, another friend of mine retired young. He got hit by 2000. He lost 50% of his retirement savings, never recovered. That's been the story that I've seen time and time again. The problem is here, as I talked about in the first retirement video, we've got 76 million baby boomers, on average, 65 years old this year or last year, in fact. Everybody is stepping into retirement phase. They all have their dreams. You see the glossy brochures, skipping along with your wife or husband on the beach in Florida in your nice linen shirts, suntanned and happy and gray head, but that's bullshit. It's never going to happen. Not for most people, maybe for the 1%.

You see, here is the problem. There was 76 million people born between-- that's in the US alone, born between 1946 and 1964. The fabled baby boom generation. Didn't really matter in those first years, but by 1979, the first of them started getting through into the workforce. When the maximum number of baby boomers were jamming into the workforce at the same time, those very people were the first buyers of tables, chairs, suits, ties, cars, houses, lamps, everything. They bought everything from scratch. There was no offsetting generation to sell them to, because so many people had died from the two world wars.

They were it. They were everything. They were the saviors of our world, that special generation, the baby boomers, and that behavior pattern of spending was normal. They were all coming into their 20s and 30s, getting their first job, they drove up inflation.

If you look at this chart, you can see where the boomers first started coming to work, and the dramatic inflation that they created. Then after that, inflation started falling. Part of that was the Federal Reserve, part of it was just a natural, less of initial purchasing that these people went through. Yes, included in that was coming off the gold standard and the implication from that. Yes, included in that was a bunch of other factors like the oil crisis, but at core, it was a demographic issue.

If you think to yourself, what do you do when you're in your 30s? You start thinking, oh, shit, I better start planning for retirement. I start to need to think about my pension. This was the rise of the pension system. From that moment, from about the 1980s, the pension system started to really take hold. Corporations were giving out big pension benefits with defined benefits, too. Meaning they promised you 60% of your final retirement income at retirement age. That seemed an amazing thing. I could pretty much have the same lifestyle I have now and never work again. That was the promise.

The reality, we'll talk about later, was nothing like that. You see, what that did, all of those savings from those people who've now had their kids, bought their old first stuff, they had excess savings. That excess savings started dwindling and the savings rates of America started to decline. Those savings went into the stock market, first by the corporate pension plans, and then the advent of the 401k and the rise of indexation.

What that did was create one of the largest equity booms the world has ever seen. By the time we got to 2000, we're in the midst of a huge bubble. As all the baby boomers hopes and dreams of future retirement and all the wealth they could create was in that stock market bubble, the future of technology and the amazingness of it all. Everything got dashed on the rocks as the markets collapsed, and those valuations stood not to test the time and many stocks never recovered and went <span clas