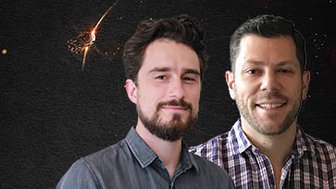 Stablecoins and the Case for Wider Crypto Adoption

Ran Goldi, CEO at First, joins Ash Bennington, Real Vision senior editor, to discuss the history, goals, and evolution of Diem, the current state of digital affairs between China and the West, and the future of blockchain adoption and the Diem ecosystem.Goldi shares how Diem, originally called Libra, was envisioned as a global payment system to solve for problems such bringing the unbanked into the global economy, lowering the cost of remittance, and changing the value chain between merchants and end users. When the project began, it was suggested that the currency be a basket of currencies to stabilize it, and in doing so, regulators believed that central banks would feel threatened and undermined. This reaction, Goldi explains, led to the evolution of the Libra to become Diem, an association made up of different organizations that is centralized and works collectively to make decisions with a digital currency that is pegged to the currency of any country it launches in. As the world shifts toward digital currency usage, he describes how Diem, due to its open source nature and ability to scale, will allow for users to transact at virtually no cost. Goldi also further argues that this as a race between countries—this effort by Facebook has already acted as a signal to competitors, and if the US is not first, Goldi believes we may adopt a digital currency by another country such as China. Filmed on April 12, 2021.

Key Learnings: Goldi discusses that, when looking at Bitcoin, it can be viewed as a tool to break pyramids and crash the existing system. Diem, on the other hand, aims to do the opposite—it aims help existing monetary systems and countries evolve and support a digital currency. Goldi explains that the most innovative thing the Diem project can offer to merchants is the ability to accept payments without being charged a dime. Instead, by taking some of the revenue that merchants have, Diem can ensure that that revenue earns enough yield in the value chain to cover any PSPs or other fees. Goldi believes that with this technology and these tools, the world would be more sound and equal as those who need money the most are getting the most of it.