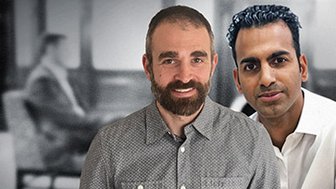 Imran Lakha of Options Insight and Brent Kochuba of SpotGamma…

When Opportunity Meets Reality: Real Estate in a Post-Covid World

When Opportunity Meets Reality: Real Estate in a Post-Covid World

Valuations Matter: Intrinsic Value in The Age of Unreason

Valuations Matter: Intrinsic Value in The Age of Unreason

The Looming Unemployment Crisis in the Exponential Age

The Looming Unemployment Crisis in the Exponential Age

Accelerating Returns in The Exponential Age

Accelerating Returns in The Exponential Age

Exponential Megatrends in Healthcare: Data as “The Third Window Into Humanity”

Exponential Megatrends in Healthcare: Data as “The Third Window Into Humanity”

Welcome to “The Exponential Age”

Welcome to “The Exponential Age”

Investing in Psychedelics: The “New Cannabis” for Investors

Investing in Psychedelics: The “New Cannabis” for Investors

When Macro Meets the Kentucky Derby

When Macro Meets the Kentucky Derby

What does the wild world of interest rate derivatives say about the Federal Reserve’s credibility? Nancy Davis, chief investment officer of Quadratic Capital, takes viewers deep into the esoteric world of constant maturity swaps, forward swap curves, and options on interest rate swaps (“swaptions”) to illustrate this. In this conversation with Real Vision editor Jack Farley, Davis notes several key indicators that cause interest rate traders to believe the Federal Reserve will tighten policy far sooner than it claims. Davis, the founder of the Quadratic Interest Rate Volatility and Inflation Hedge ETF ($IVOL), argues that her ETF, which consists largely of Treasury Inflation-Protected Securities (TIPS) as well as over-the-counter fixed income options, will perform favorably in risk-on, risk-off, as well as stagflationary environments (Davis notes that $IVOL has posted positive returns every quarter since its inception in 2019). Farley and Davis look at insightful charts such as the backwardation of the forward swap curve, the spread between swap rates of different tenors, real interest rates, as well as the correlations between equities and interest rate volatility. Filmed on May 5, 2021.

Key learnings:
Davis argues that the forward curve for dollar swaps is pricing in rate hikes far sooner than the Federal Reserve maintains. She makes the case that interest rate volatility is an effective way to hedge duration risk and argues that it is more preferable than taking on credit risk.